World Radio Day: Time for the youth to step up 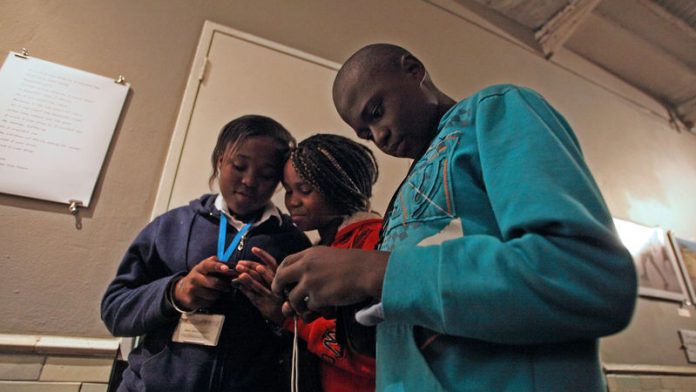 On the outskirts of Johannesburg’s trendy neighbourhood Maboneng lies a rather dilapidated yet funky building, with a backpackers around the corner and the “Living Room” down the road.

Boyza Dubasi (34), one of the tenants of this building, turned a simple idea into reality. Being a music enthusiast, Dubasi felt that the existing radio stations did not provide their audience who “do not necessarily fit into the commercial profile”, with music that is not only specialised, but also relevant to the youth. He felt that if commercial radio is one’s “point of reference”, then the room for growth in the local music industry is bound to decrease.

Dubasi began to delve into the world of radio in South Africa.

He explains how the existing radio frameworks are not exactly user friendly. In order to obtain a frequency and license, “you need to pay R70 000 just to submit an application, and even then you are not guaranteed you will be accepted”. Driven by his love of music, he followed the example of many not-catered-for young radio enthusiasts around the world: to go online, and join a huge international family of independent online radio.

JMR’s studio here in Maboneng is adorned with a comfy couch, a makeshift kitchen, hip-hop in the background and online radio paraphernalia in the centre. The music they play range from hip-hop to jazz to soul, with a fair amount of local artists. They have managed to attract some of the city’s finest leftfield and even more popular DJs.

The future of online radio has such an appeal to it, not only because it is part of the whole digital craze, but also as Dubasi says “by going online, there is less red tape so for us it’s limitless”. It allows for a platform of critical discussion and “new ways of doing things”.

Calling it “outside broadcasting”, Dubasi explains the idea of pop-up raidio. He says the notion behind it is to bring radio to the people, to the streets of Johannesburg by collaborating with popular venues or local musicians. This is not only great in terms of broadening the minds of the youth in relation to music but also advertising all that’s new and exciting in Johannesburg.

JMR is not limited to music, and that is what is so inspiring about it. Every Wednesday, JMR has an entrepreneur show called “Open Wednesdays”. In an area where so many young entrepreneurs are coming up with great ideas, Dubasi says that he felt it was necessary to give “key insights into what it takes to succeed in such a competitive world”.

However, going online is not as simple as it seems. Online radio in South Africa is fairly limited in terms of how far the industry can go. With the ridiculously priced Internet packages, it makes it hard for online radio to get the success it deserves. Apart from the pricing aspect the speed provided is relatively inadequate. Dubasi says that even though “Telkom provides 10GB for R199”, “when internet usage spikes at about 5pm they shrink the line. So the quality of radio is bound to be affected.”

One also has to look at the masses not being able to instantaneously log into online radio. Only once South Africa’s internet costs are low and speed is adequate can such an industry reach its full potential.

Changing the content
Dubasi’s strong interest in appealing to the youth through online radio seems to correlate with Unesco-endorsed World Radio Days theme for 2015 being “Radio and Youth”. This year World Radio Day, happening annually on the 13th of February, is not coming from a perspective of trying to get more young listeners of radio. This may be a by-product but the only way this can happen is by changing the content of what is on the radio.

The best way to evolve the content is by placing the youth behind the microphone. Giving the youth a platform to preach the unheard, broadcast content that young people can relate to, allow them to be the voice of the youth of South Africa.

The current situation seems to lack some sort of stimulation of the youth. Maybe this originates from the control and laws placed on existing radio that inhibit the free flow of relevant information. Or maybe it comes down to the presenter. Nevertheless, the hourly news on mainstream radio does not seem to provide many young listeners with much relevance; they lack a connection between the presenter and the listener.

You can picture this gap. The presenter sits in his comfortable, leather chair pontificating information about the environment around him, asking people to call in to stand a chance of winning a smartphone, completely cut off from the people he is appealing to. This all happens while the listener is frantically driving around for their boss, experiencing the hustle and bustle of the streets of South Africa, or just in their house, unemployed with not much faith. There appears to be little relevance in radio for many young South Africans. There is a missing link.

The power online radio can have on the youth is endless. It is so easily accessible that it would be terrible if its potential were undermined. With this notion in mind, independent online radio seems to be the future of South Africa. It has the potential to further the minds of so many, be it in culture, music or politics.

This is this gap radio enthusiasts like Dubasi and his team of presenters at JMR want to fill. They seem to have a small but ready audience already.

If the ‘fifth estate’ is a publisher, it needs to be regulated