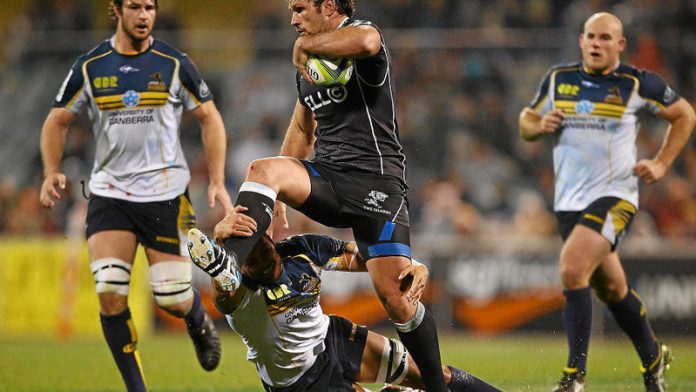 Bismarck du Plessis will make his first appearance of the season after being included in the Sharks’s Super Rugby starting XV to face the Lions at King’s Park, in Durban, on Saturday.

The captain missed the opening game of the campaign last week when he withdrew at the last minute due to a shoulder problem.

His inclusion at the expense of Kyle Cooper is one of four changes made by director of rugby Gary Gold, who has also opted to hand a debut to Lubabalo Mtyanda at lock following an injury to English import Mouritz Botha.

Two other injuries mean there are starts for Odwa Ndungane at wing and Dale Chadwick in the front row at the expense of S’bura Sithole and Tendai Mtawarira respectively.

“Due to injuries, we have had to necessitate a few changes to the team,” Gold said.

“Apart from those injury-enforced changes, we have tried to keep the team as consistent as possible, so that players have another opportunity to get the wrongs of the past weekend right.”

Surprise defeat
The Sharks were surprisingly beaten at home in the opening match of 2015, going down 35-29 to the Cheetahs.

They have also made alterations to the bench where Thomas du Toit and Andre Esterhuizen come in.

Gold was expecting another tough battle against the Lions, who lost their opening match of the season to the Hurricanes in Johannesburg.

“We are looking forward to a physical battle against a very good Lions team,” the Sharks boss added.