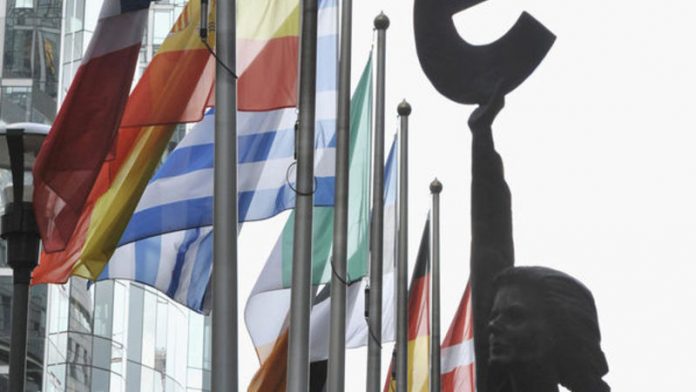 Former British chancellor of the exchequer Denis Healey had a good rule of thumb for policymakers: when you are in a hole, stop digging. Greece provides a classic example of why Healey was right.

Work on the hole Europe has dug for itself began in the 1990s when the flawed plan for monetary union was conceived.

Instead of a single currency crowning a process of integration, Europe’s policymakers decided that monetary union would be the catalyst. Far from bringing widely different economies closer together, the euro has actually highlighted the differences between them.

The second spadeful of dirt was the decision to allow Greece to become a founder member of the club. A single currency that involved a small group of like-minded countries – Germany, Austria, the Netherlands and Finland – might just have worked.

But for political reasons, the rules for entry were bent to allow two of the founder members of the European Union – Belgium and Italy – to take part. And if the rules could be bent for them, then they had to bend for Greece as well.

Europe kept on digging. There was no attempt to buttress the single currency with common tax and spending policies – a fiscal union. Instead, it came up with a stability and growth pact, which was designed to prevent member states from running budget deficits in excess of 3% of their national output.

The first countries to breach the pact were France and Germany. There was no penalty for breaking the rules: no demands for austerity and no visit from the troika of the International Monetary Fund (IMF), the European Central Bank (ECB) and the EU.

Having turned a blind eye to what was going on in Greece, there was a change of policy when it emerged that the government in Athens had been lying about the state of its public finances and was, in effect, broke.

This, the immediate aftermath of the worst financial crash in 75 years, was when the other eurozone members should have accepted that by lending Greece money they bore some responsibility for the country’s plight.

Instead, the pile of earth by the side of the hole got bigger as the troika banged Greece up in a debtors’ prison. The reason debtors’ prisons went out of fashion in the 19th century is that it eventually dawned on creditors that they had no chance of ever getting their money back if the debtor was unable to work. This lesson was lost on the EU, the ECB and the IMF.

Predictably, Greece’s debt burden got bigger as its economy got smaller. The new Syriza-led government in Athens wants to stay in the eurozone but says the conditions attached to the bailout are senseless. It is right.

Greece’s creditors have a choice in the next few days. They can admit that they have got it wrong and ease up on austerity. Or, with the hole now so big it is only a spadeful or two away from becoming a grave, they can carry on digging. – © Guardian News & Media 2015