How to win – without the ball 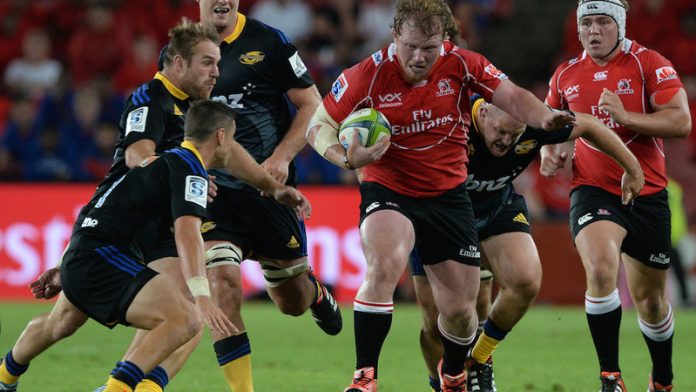 An abundance of statistical oddities dominated the opening round of Super Rugby last week. In a tournament that demands home wins for any team serious about success, six out of seven results favoured the visiting team.

Perhaps the most astonishing fact unearthed by Opta Sports is that the Hurricanes managed to beat the Lions in Johannesburg with a mere nine minutes and 32 seconds worth of possession. They won 22-8, which means that they scored two-and-a-half points a minute with the ball.

By contrast, the Lions carried the ball 124 times (second only to the Brumbies’ 126) and passed it 170 times (equal first for the round). Presumably the conclusion must be that you are better off without the ball.

But that ignores one vital piece of information. When a side has the ball, what it chooses to do with it is crucial.

As is now well known, the Lions chose poorly. These days it is rarely the captain who chooses what to do with penalties and free kicks. The coaching staff are in constant radio communication with their assistants on the touchline and, whenever the whistle blows, the first thing most captains do is look away from the field.

Hamstrung
Lions captain Warren Whiteley has been criticised for the number of times he chose not to kick at goal against the Hurricanes. But, besides the fact that Johan Ackermann and Swys de Bruin had devised a game plan based on scoring tries, Whiteley was hamstrung by the dynamics of the contest. His flyhalf, Marnitz Boshoff, the best goalkicker in South Africa in 2014, couldn’t hit a cow on the bum with a banjo.

Whiteley watched Boshoff miss three relatively simple shots at goal, and he had more than the ongoing situation to take into account. Should he give the ball to someone else, thereby ruining Boshoff’s confidence? It is bad enough at any time, but far more so in the first 40 minutes of the season. Should he keep going to the well and hoping it would come right? Or should he plug away at the line and hope that the next kick would be a conversion from in front of the posts?

Under the circumstances, it’s hard not to feel for the captain. And, as is almost always the case, this week the Lions have to go out and do it all again, but this time away from home. Statistics suggest they cannot beat the Sharks in Durban; the last time they won there was in 2000. The Lions have lost 21 of the last 24 games they have played away from home against South African opposition. The three exceptions were all against the Cheetahs in Bloemfontein.

But, if everything was decided by what happened last time, there would be no need to play, so the Lions have to believe they can win this time. Certainly, the performance of the Sharks in their opening contest should encourage the visitors. A 35-29 loss to the Cheetahs at home was not the stuff of title contenders.

Startling performance
This week may well be different. Ryan Kankowski is back from Japan to add his dynamic presence to the back row. Jean Deysel’s performance off the bench was startling, although rather surprisingly it has not propelled him straight back into the starting line-up. Beast Mtawarira’s calf strain has allowed Thomas du Toit back into the squad and, after a false start last week, Bismarck du Plessis should make it on to the field this time around.

Elsewhere, the true mettle of the Bulls and the Stormers will be tested by the Hurricanes and the Blues respectively. The Bulls welcome back Pierre Spies as number eight and captain, and the gifted Jesse Kriel gets his first start at this level. The huge amount of time spent without the ball by the Hurricanes against the Lions should also act in the Bulls’ favour. Two Highveld contests in a row might be a bridge too far for the Kiwis.

The Stormers have every reason to believe they can make it two from two at Newlands. First, their tight five produced the kind of game rarely seen from the franchise over the past decade during their 29-17 win at Loftus. If the engine room can continue to come to the party, the season might not be as empty as many supposed for Allister Coetzee’s men.

It is, of course, hard to draw conclusions from one game. The Blues were perhaps unlucky to lose to the Chiefs in Auckland, the Sharks might have won had Marcell Coetzee not lost the ball in the act of scoring in the dying minutes. The Lions certainly would have won if Boshoff had not mislaid his kicking boots.

As for the Cheetahs, the one team consistently written off by almost everyone has an away win in the bag and now enjoys a bye. They are entitled to a smirk or two over their braais this weekend.