A coup of cockroaches? Or a plague of wild rhetoric? 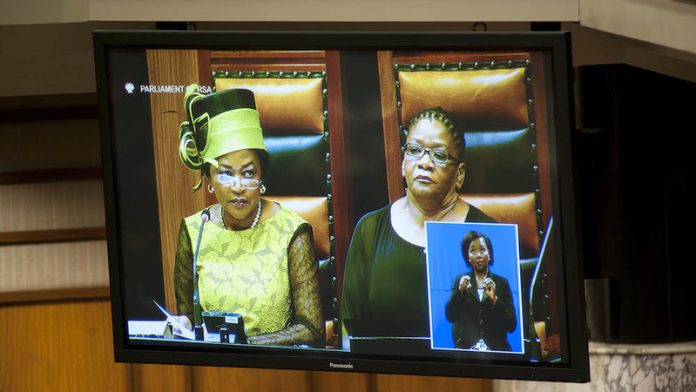 By now a lot has been said about Parliament’s speaker, Baleka Mbete, calling Julius Malema a “cockroach”. Prior to that, social media and news outlets were also clogged with ANC secretary general Gwede Mantashe’s irresponsible comments about the Economic Freedom Fighters’s so-called “coup” attempt. The ANC-EFF parliamentary tussle is punctuated by hyperbole.

Were Mbete’s comments hate speech? Political analysts have cautioned against the use of this sort of loaded language generally, and have made links between the “cockroach” metaphor and the hate speech that drove the Rwandan genocide in 1994. I want to draw more localised analogies, for two reasons.

First, though South Africa is a country ravaged by politicised violence and the creep of securocrats, we are not experiencing the type, nor magnitude, of the kind of event in which politicised ethnicity and violence collide, fitting genocide’s international-law definition in the 1948 Convention on the Prevention and Punishment of Genocide.

South Africa has seen a massive threat to its democracy of late, and it is pockmarked by state-sponsored violence such as at Marikana, as well as ongoing instances of xenophobic violence – but this is a long way from a Rwanda scenario.

Second, though his title may be commander-in-chief of the EFF, Malema does not control the South African National Defence Force. There is no evidence he is recruiting a rebel army. A coup in its strictest definition is highly unlikely.

Mantashe should weigh his words more carefully to avoid showing disrespect to other African states in the throes of civil wars. Equally, South Africans should temper their reactionary responses to the comments from Mbete and other ANC leaders.

War imagery is better suited to understand the vicious exchange between the ANC and EFF, as well as the factional battles in both parties.

Rather than likening Mbete’s cockroach comments to Rwanda, we might consider how loaded language in the various “houses” occupied by the ANC – namely Parliament and Luthuli House – resonates on the ground in South Africa.

We also need to cast the net wider to try to ascertain how this language enters the homes of ordinary South Africans, especially those who vote ANC, and how it spreads into the streets and other public spaces.

What language might Mbete, Mantashe, President Jacob Zuma and his executive, including Nathi Mthethwa, then the minister of police, have used to describe the striking Marikana miners before orders were given for the South African Police Service to use brutal force against them?

The same goes for the public speeches and comments behind closed doors before Andries Tatane and protesters elsewhere were slain by the police. What discourse swirled around the Cato Manor executions?

We must ask these questions again and again. Until our men and women in blue stop using R5 rifles. Until our politicians’ lies are exposed.

It is still a guessing game; the streams of emails, taped conversations and leaks published by investigative journalists and put into the public domain by human rights lawyers, point to who might be behind the orders. We have a right to know.

We must see the evidence of how views held by some ANC top brass may have led to the death of people living and working in South Africa. We must unpack how those political statements not so much trickle but ooze into the police. We must decode the hate and “othering” directed at immigrant communities, miners, farmworkers and other vulnerable communities by those in power – as well as the immigrants’ neighbours.

So, no, Madam Speaker, whether you talk in your capacity as chair of the ANC or as a presiding officer of Parliament, you cannot insult MPs and show such disregard for your position. Equally, the sinister laughs from your main man, Zuma, are not a fitting response to his detractors.

Madam Speaker, every time you speak you represent the party that was voted into power to uphold our Constitution and protect the rights of South Africa’s citizens. Please put them first.

South Africa needs transparency, coupled with responsible free speech, now more than ever. Privilege and the rules of Parliament aside, the right to freedom of expression possessed by Mbete, Mantashe, Malema and the rest does not mean any of them have a right to stir up hate in and outside Parliament.

When all is said and done, it’s clear the ANC set this plague in motion and the ANC must remedy it.

According to the Presidency, the plan aims to expedite, in a sustainable manner, the recovery of South Africa’s economy
Read more
Advertising