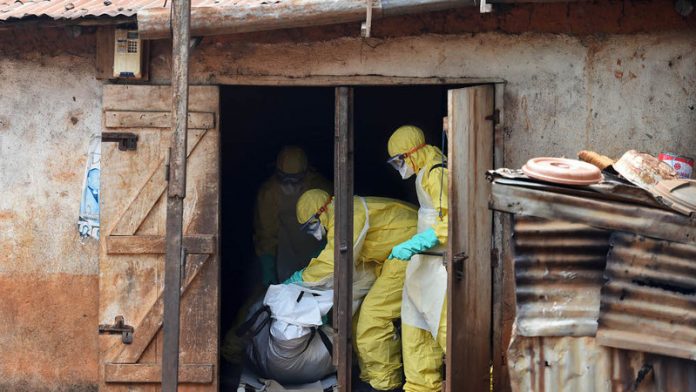 Sierra Leone’s anticorruption commission has launched an investigation following a damning report on the use of the government’s emergency Ebola funds.

It has called on 40 individuals, including high-profile medical officials and local leaders, to report with documentation to show how the funds were disbursed.

A government spokesman said the list of names was released on Tuesday as part of an independent investigation into the auditor general’s report, which found that a third of taxpayers’ money allocated to the fight against Ebola between May and October 2014 was not accounted for.

The head of the Health for All coalition, Charles Mambu, received six cheques made out to him instead of to the organisation, according to Sierra Leone’s auditor general.

Among others on the list are the country’s chief nursing officer, Bombali’s district medical officer and the health ministry’s former permanent secretary.

Medical officers for each of the country’s 14 districts would be interviewed, the commission said.

The report found inadequate controls over the disbursement of funds. It said payments were made to hospitals without proof that the money was going to health workers.

The undocumented losses may have slowed the country’s response to the Ebola outbreak, leading to unnecessary loss of life, according to the authors.

Government spokesman Abdulai Bayraytay said, as part of anti-corruption laws, the commission was “obliged to conduct its own independent investigation”.

Bayraytay said the Sierra Leone’s economy had been “flying high” before Ebola struck and the country needed to reassure the outside world there was “no tolerance of corruption whatsoever”.

The report by the auditor general looked at 84-billion leones (about R21-million) the government had set aside for fighting the virus for six months in 2014. The money came primarily from institutions and individuals donating from mostly within Sierra Leone and from tax revenue.

Some money from the government’s emergency health response account had no documents to substantiate how it was spent.

“It is clear from our audit there continue to be lapses in the financial management system in Sierra Leone,” the report said. – Guardian News & Media Ltd, 2015