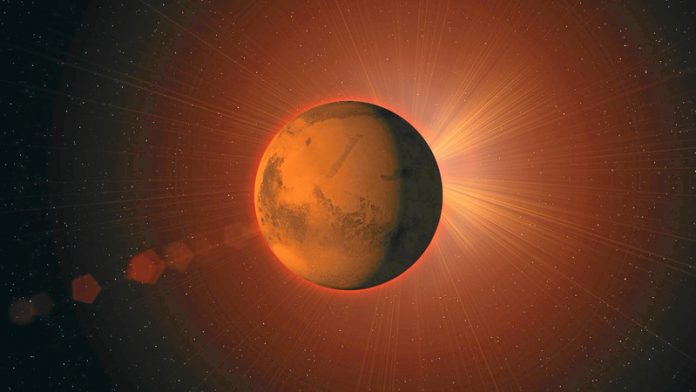 On February 16, Kobus Vermeulen was one of five South Africans (including a woman who lives abroad) among the 100 candidates selected by Mars One to begin training to live on the Red Planet. The Dutch not-for-profit’s aim is simple: establish a human colony on Mars. Kobus writes:

Why? Why do you want to go to Mars? Since I have embarked on this journey, the one question that people ask more than any other, the one thing that seems to bug them more than any other, is why. Why would you want to leave a perfectly good planet for a barren wasteland? Am I stupid? Gullible? Haven’t I thought of the consequences? Don’t I realise the mission might never happen? What if I die? The why runs deep, and so do the answers.

I have been fascinated with Mars since I was a child, and I always thought that, should the opportunity arise for me to leave the planet, I would take it.

So the why begins with a child’s dream. However, as I grew, so did the why. In my eyes, humanity has somewhat stagnated since the 1970s. We’ve put our dreams aside. We’ve developed collective tunnel vision and an aversion to anything outside the tunnel – perfectly happy hobbits living in our comfortable hobbit holes and not looking for any adventure, thank you very much. We’re content with getting our dose of the future from sci-fi movies and comic books.

And so the first part of my motivation is to get people thinking about space travel and the colonisation of other planets in real terms again instead of just as sci-fi visions of the future.

If we want that future, the truth is we’re going to have to build it, and anything worth doing comes with risks. Somebody has to take the risks, and I, along with thousands of other people, am willing to take it.

Kobus Vermeulen wants to explore Mars not only because it’s there, but also as an insurance policy for the human race.

But it goes deeper still than that. If the Mars One mission is even partially successful it will inspire a new generation of scientists and engineers that will build us an even better future.

Without a dream, there is no reason to build those things. A public that is not engaged with science and technology does not elect leaders that are. Leaders who don’t care for science and technology do not allocate budgets for it. And, without the money, the dream dies. Projects like Mars One are like a focusing lens for dreams. It is an opportunity to change hearts and minds at grassroots level.

Even if Mars One is not successful in raising the funds for its mission, we can still achieve the goals of getting the public interested in space flight and in inspiring a new generation of scientists and engineers. If the mission is successful, however, it will be the most important event in the history of our species.

Not only will we be turning our visions of the future into reality, we will also be taking out an insurance policy for our survival. If humankind wants to be around in a million years, we have to get off this rock.

And, to top it all off, technologies invented to cope with Mars’s harsh environments could help people survive right here in Earth’s.

The fact is we live on a planet with dwindling resources and a changing climate and, at some point in the future, we might face an asteroid impact. We can’t ensure the survival of our species if all our eggs are in one basket. And so we must at least try. If not me then someone else. But we must try.

Why? Why climb Everest? Why land on the moon? Why explore the planet? Why do anything at all? How many people died trying to invent flying machines, climbing mountains, or diving to the bottom of the sea?

Adam Steltzner of Nasa once said that there is something fundamentally human about the act of exploration. George Mallory famously answered “because it’s there” to the question of why he wanted to climb Everest. Ultimately he died trying, but others succeeded in his stead so they could find out for themselves what was up there.

I want to go to Mars because it’s there and I want to explore it – but also because I want our species still to be here and able to explore in the future.