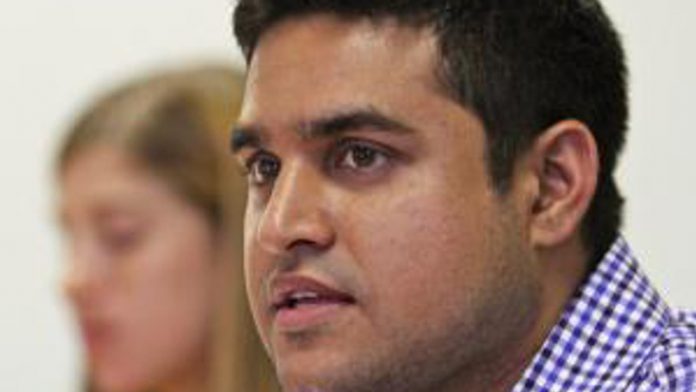 The rise in support for the Democratic Alliance in the Western Cape is a result of people there still being tied to racist mindsets and the ruling party’s youth league in the area needs to work to regain the trust of young people to take the province back, one municipality at a time.

This is according to the new ANC Youth League chairperson in the Western Cape, Muhammad Khalid Sayed, who was elected on Sunday.

The elections were held over the weekend at a conference in Oudtshoorn. Andile Mbali was elected as the secretary and Thuso Mpulanyane as deputy chairperson.

The youth league in the Western Cape has not had an elected leadership in six years. Sayed believes this has contributed to the rise of the opposition in the province.

“We need to ensure that, as black people in this province, we instil a sense of confidence that we can govern. The only way to try and unseat the DA is by ensuring that, in general among the young people in society, we move away from a racist mindset and move towards a mindset where black people, and Africans in particular, feel confident about who they are and their culture.”

Black skins, white brains
He said the organisation needed to create a sense of appreciation in white people for where the country comes from.

“Then it will be easy for them to see that we can govern. There is a common argument that the ANC cannot govern because it is incompetent. That is formed by a racist mentality. The natural racist mindset is that black people are incompetent and we need to dispel that myth. What is going to assist in that regard as the youth league is that under all circumstances we dispel the myth among young people that African pride is a racist ideology.

He said the ANC must be concerned about the low turnout at their bases in the recent national and provincial elections. “When we refer to base we are not speaking about African areas only; rather when we speak of the ANC’s base then we are speaking about coloured communities outside the metro as well. The recent by-elections in Ceres and Swellendam bear testimony to the continued coloured support for the ANC outside the metro.

Thought leaders needed
“Just as the youth league has had to endure a process of rebuilding and continues in this rebuilding process, so too we must lend support to the mother body as it struggles to build an organisation in this province,” Sayed continued.

He said young people in the province knew the difficulties faced by a youth league with no elected structure and, for the organisation to help the ruling party regain its strength in the area, they needed to go back to basics.

“We need to be thought leaders around issues that occupy the minds of young people – issues of race, education and entrepreneurship. It is only then that we are going to develop trust first in the young people for the youth league. Once we have done that, as we rally for the ANC, the party will be able to regain quite a few municipalities from the DA by 2016.”