Hijabs off for a flash of freedom 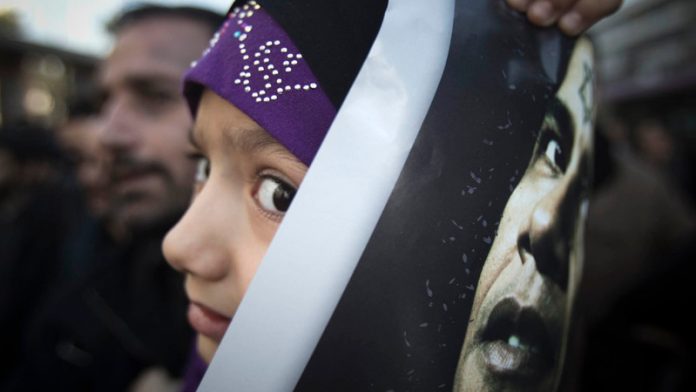 An Iranian journalist has received a human rights award in Geneva for creating a Facebook page inviting women in Iran to post pictures of themselves without their headscarves in defiance of rules requiring them to wear a hijab.

Masih Alinejad (38) launched Stealthy Freedoms of Iranian Women last year, attracting more than half a million likes on Facebook in a matter of weeks. Thousands of women took off their veils in public and sent in their photos to be published.

The Geneva Summit for Human Rights and Democracy, a group of 20 nongovernmental organisations, gave Alinejad its women’s rights award for “giving a voice to the voiceless and stirring the conscience of humanity to support the struggle of Iranian women for basic human rights, freedom and equality”.

Alinejad said she was delighted to win the award and hoped it would raise awareness about Iranian women demanding basic rights.

Create an opportunity
“From seven-year-old schoolgirls to 70-year-old grandmothers, women in Iran are all forced to wear the hijab,” she said in a statement published on the summit’s website. “Hopefully this award will create an opportunity for the voices of Iranian women who say no to the forced hijab to echo throughout the halls of the United Nations.”

Alinejad, who lives in exile, told the Guardian last year that she was not opposed to the hijab and that her mother was veiled, but she had created the page because she wanted people to have the freedom to choose.

“I have no intention whatsoever to encourage people to defy the forced hijab or stand up against it,” she said. “I just want to give voice to thousands and thousands of Iranian women who think they have no platform to have their say.”

A year after it was created, the Facebook page has more than 760 000 followers and still receives photos from Iran. One young woman sent a picture of herself unveiled with a message reading: “We have never asked to go to heaven by force. Do not turn our lives in this world to hell for the sake of that heaven. We would like to taste the real freedom, not the stealthy one.”

Many Iranian men have also supported the campaign. One man took a picture of himself along with his mother while she was without a veil last week, saying they were both against compulsory hijab. “As someone belonging to the new generation of this country, with my mother [we are] firmly defending one of the most basic human rights,” read his message. “We have the best judgment ourselves and we do not need anyone to guide us on our behalf.” – © Guardian News & Media 2015