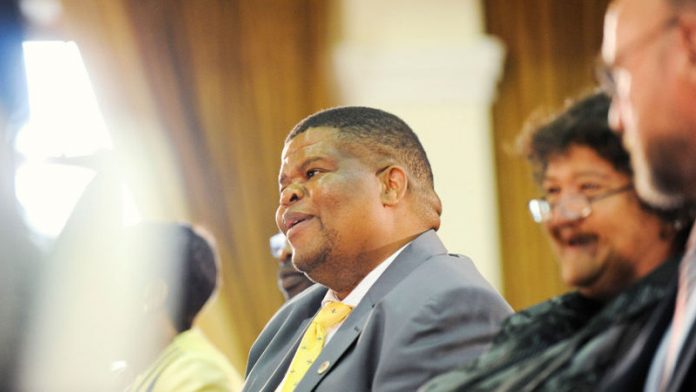 “A full investigation has been launched into the purported leakage,” he said in a statement.

“Its veracity and verification will be handled in terms of the protocols governing the management of classified information.” It was illegal, in terms of the country’s classification protocols, to disclose information of such a nature and such leaks undermined national security.

Mahlobo had noted with concern media reports about the contents of classified intelligence reports belonging to international intelligence organisations. These included Israel’s Mossad, the CIA in the US, and Britain’s MI6.

“The leaking of the purported documents detailing operational details of the State Security Agency (SSA) is condemned in the strongest possible terms.”

Government would look into social media reports alleging espionage linked to some politicians.

“The minister would like to assure all South Africans that the State Security Agency will continue to focus on its mandate to protect and secure the integrity of country, its citizens and critical infrastructure.”

Iran
Al Jazeera reported on its website that the SSA allegedly spied on Iran. According to the report, Al Jazeera had documents – mainly exchanges between the SSA and its counterparts around the world – showing South Africa was monitoring Iranian agents. Al Jazeera had a copy of the 128-page report “Operational Target Analysis”, written by South African spies and which profiled dozens of alleged Iranian operatives.

According to the report, British agents monitored Iran’s activities in South Africa. The agents profiled a number of carpet shops, publishers, and other small businesses they believed had links to Iran’s intelligence agencies.

According to a separate report on Al Jazeera’s website, the CIA was desperate to make contact with Hamas in Gaza in 2012 and asked South Africa for help.

Al Jazeera reported that the US listed Hamas as a terrorist organisation and had no contact with the group officially.

The probe was headed by South African judge Richard Goldstone. In addition, there was a plot to assassinate African Union Commission chairwoman Nkosazana Dlamini-Zuma several days after she took up the post, Al Jazeera reported.

According to leaked secret intelligence documents, the former South African health minister faced a threat to her life in Addis Ababa, which also hosts the AU headquarters, in October 2012. – Sapa