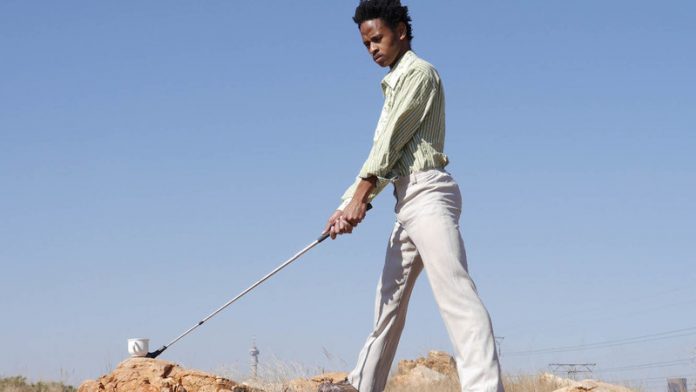 Choreographer Constanza Macras delights in children’s responses to her material. “It’s obscure and removed from their experiences. It’s visually catastrophic, and many of the children come from religious and financially stressed contexts, but they’re fascinated.” She brings a new work to open the Dance Umbrella Festival in Johannesburg this week.

Macras was born in Argentina to parents of Greek and Italian descent, who went to South America “because they were starving in Europe”. She is the founding director of Berlin-based contemporary dance company, Dorky Park.

“My parents were first-generation Argentineans: Argentina was a colony made of immigrants; it was a bit of a lame colony.”

She laughs darkly and explains that she left Argentina to seek her fortune in dance at the age of 21. She landed up in Berlin, about six years later, where she still lives and works.

Her tale embraces the world and its sociocultural, economic and demographic quirks. She thinks about forced segregation. And history.

And how history repeats itself. Arabs and Turks, Germans and Argentineans are blended together in her material, shoving together political disparity. Macras enjoys an intellectual and dance-based engagement with everything she encounters, from children of uneducated families to dancers of Roma origin.

In Johannesburg, she is collaborating with two photographers – the American, Ayana Jackson, and South African Dean Hutton – in her new work, On Fire: The Invention of Tradition, in the Dance Umbrella.

Macras seems both older and younger: her energy to do and be and play belies her 44 years of age. Her reputation precedes her and her work is known and celebrated the world over.

Six years ago, she staged Hell on Earth at the Dance Umbrella. She had never been to South Africa before and brought a troupe of professional dancers and children to perform.

A work so totally replete with improvisation, humour and dialogue, coupled with extraordinary movement and a depth of focus that seared itself into audience sensibilities, it raised the bar for contemporary dance in South Africa.

The Wind Solo from Hell On Earth

“My time there, then, was short, intense and positive. I was functioning on adrenalin and got a really strong impression. I’m not always sure how you express something about a culture that is not your own, without falling into a strange place.

She speaks about the threads of ­similarity between South African dance culture and that of the Roma. Eclectically, she draws inspiration from several influences, such as hip-hop, gumboot and contemporary ­performance.

Bemused at how atrociously silly soapies can be and, standing on the outside when young Americans speak pejoratively about their peers, Macras has a rich sense of what makes the world tick; she brings much of it to her work.

Central to On Fire is The Pornography of Poverty, a photographic series created by Jackson. It is about the horror of colonialist photography.

“When I first saw these photographs, it was like a mise en scène for me – like watching the staging of a continent,” says Macras. At 27, she decided to stop dancing and become an independent choreographer.

“The only opportunities for a dancer in the Argentina where I grew up were in musicals, which were naive and old-fashioned. I never understood why everything was supposed to be so pretty. Once I made the decision, I had no money, but it was one of the best periods of my life.”

She’s very excited about dance standards in South Africa. “The formal boring stuff is played down; the contemporary material is interesting and competent.”

She laughs gutturally about taking herself too seriously and says her company’s name is a hybrid of the American slang “dork” and Macras’s fascination with “Soviet stuff, including Gorky Park” in Moscow. “I thought it funny to blend the two.

“What I aim to do with my work is not typical,” she adds. “My dancers are awkward. They’re curious and nervous; not everyone is beautiful. They had to struggle to find their place in the world.”

On Fire: The Invention of Tradition is on at the Dance Factory in Newtown on February 27 at 7pm

This year’s Dance Umbrella is the most challenging yet, led by the exuberance of youth.
Read more
Friday

Choreographer Gregory Maqoma believes ­technique follows the heart and a will to learn.
Read more
Friday

Dance Umbrella 2015: What not to miss

Here's our indepth round-up of the highlights from the Dance Umbrella programme this year.
Read more
Friday

The Dance Umbrella has been reconstructed and this year’s offerings enhance the genre’s dimensions.
Read more
Friday

Choreographer turns ballet on its head

Dancer and choreographer Mamela Nyamza has pushed through the limitations of dance to find her own path in the discipline.
Read more
Advertising
Continue to the category
Education