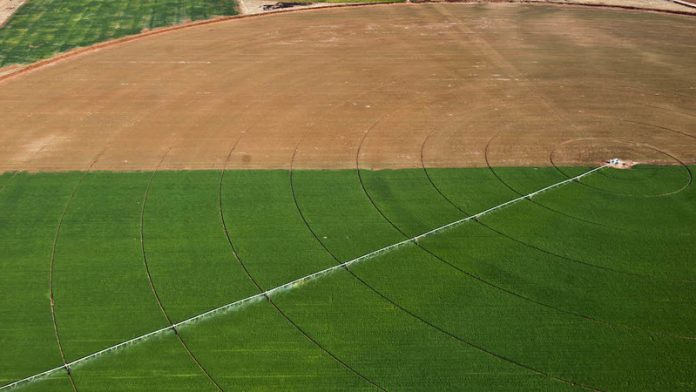 The electricity constraints are expected to hit the manufacturing and mining sectors hard, and the government is turning its focus to less energy intensive sectors, such as agriculture and tourism, to spur economic growth.

Among the measures to do this are more low-interest loans for emerging farmers and reconsidering visa regulations for tourism.

Finance Minister Nhlanhla Nene said in his maiden budget speech on Wednesday: “The security reliability of energy supply is one of the biggest challenges for the South African economy, and power constraints serve to hold back growth in manufacturing and mining.”

Mainly for this reason, projected growth for 2015 was 2%, down from 2.5% indicated in October last year. He said higher growth was possible if progress was made in responding to the electricity challenge, or if export performance was stronger.

“These are also sectors that employ more people, and so they can contribute to more inclusive growth. Efforts to support these sectors have been intensified,” Nene said.

In 2014, growth in agriculture and construction offset contractions in mining. Agriculture, forestry and fisheries grew 4.6% for the year, and construction grew by 2.9%. But manufacturing was flat and mining contracted by 1.4%. Both sectors were affected by strikes.

According to the labour force survey, the agriculture sector gained 28 000 jobs in 2014.

“In the present circumstances, government can encourage firms and sectors that are not reliant on high electricity usage to expand output and employment, benefiting from current trade patterns and the weaker rand exchange rate,” according to the budget’s estimates of national expenditure document. “Supporting opportunities in more labour-intensive sectors like agriculture and tourism, and in higher value-added manufacturing, for example, is consistent with the goal of structural transformation but less likely to be affected by electricity constraints.

“These sectors will also diversify exports and relieve current account pressures. Incentives to increase employment without affecting competitiveness or labour productivity will complement these initiatives and increase economic participation.”

Plans to reduce regulatory obstacles
The government plans to reduce regulatory obstacles that might hinder growth in these areas. “For example, it is reconsidering the implications of visa regulations for tourism,” according to the document. Furthermore, “immigration reform to attract critical skills and encourage tourism and trade would boost economic growth, because skilled migration and tourism create jobs”.

Nene said the projected allocation to provinces for agricultural development and trade over the medium term was R7-billion. For emerging farmers, access to finance would be expanded in collaboration with the Land Bank. Over the next two years, the bank and other development finance institutions would expand their loan books by 33%, which would include “substantial” investments in agriculture and other projects.

According to the estimates of national expenditure document, “this is in line with the National Development Plan’s vision of creating more jobs through agricultural development. This will be done through lending to emerging farmers and providing subsidised interest rates through the wholesale financing facility in the retail emerging markets division.”

Rural land restitution and redistribution projects are expected to build on the Land Bank’s success in supporting black farmers through its retail emerging markets division, “which has financed over 400 projects and created 7?000 employment opportunities to date, without any defaults,” the finance minister said.

Through this programme, R50-million was being set aside in the 2016-2017 year to provide 5?593 black emerging farmers with low interest loans.