Our world ended with a letter 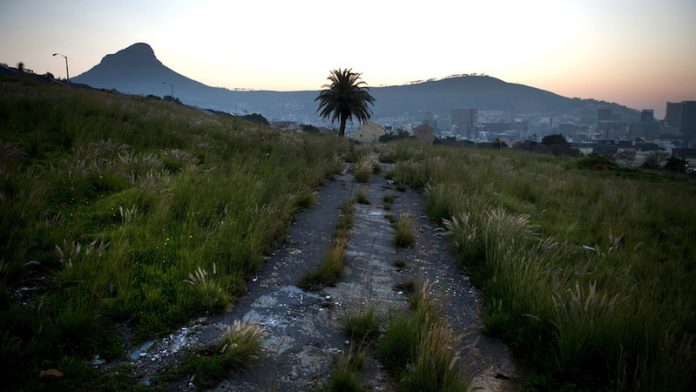 It was a time of letters. Unwelcome letters. Hated letters. Each letter delivered by the postman had a dreaded official cold message that the addressee and their family were to be legally dispatched from District Six to an unknown newly created township in an unfamiliar place called the Cape Flats. It was a missive that brought an end to happiness and introduced another life to thousands whom the National Party government was hellbent on relocating because they were born black.

There was no escaping these letters. Our letter also came. My dad asked me to read it. Usually my mother read letters to him. This day she was still at work so he had to call on me. I feared him because he was a strict disciplinarian who made no secret that he wanted to save his sons from a life of throwing the dice on street corners, crime and prison. As I read to my dad it dawned on me my mother had to read to him because he was illiterate and not because he was the one who had to be obeyed. Years later, as I recalled that moment, I also understood his obsession with educating his children.

It was a life without many hassles for a child. Yes, we slept on the floor but there was nothing unusual about that. Nor was it uncommon to hear about or see a gang fight, catch the aroma of dagga when passing men standing on a street corner, or follow the Klopse (the Cape Minstrels to use today’s politically correct name), or Christmas choirs.

We had a favourite activity during school holidays: collecting cardboard or bones, which we would sell to scrap dealers for money necessary to finance other childhood pursuits such as buying bruised fruit from the fresh fruit and vegetable vendors. These vendors once had their businesses on Cape Town’s Grand Parade where fastfood outlets rule today.

If one didn’t feel like damaged fruit and the money was good one could always go to the brightly painted bungalows, also now long gone but still fresh in one’s memory, to buy a soft-serve ice cream or a pie and samoosas from what was usually a family business.

One could also wander around central Cape Town, talking loudly as one ate and have a roving photographer snap a photo near the Post Office and receive his card. Later one could show up at the Movie Snaps (on the Parade), show your card, produce the required money and get your photograph. It never happened to me but one could dream about it happening.

Many people left their hearts in District Six when they were moved to the Cape Flats, where they and their descendants continue to live. (David Harrison, M&G)

Then the letter came. We moved to a place where sandstorms were a new phenomenon, as were using trains, and where we could not hear the foghorn being sounded on misty Cape Town nights. Adults were shellshocked. Powerless to resist, they had to will themselves to start a new life, watching helplessly as gangsters and the thug life lured their children.

Forced removals and the deliberate destruction of communities lie at the heart of the rise of gangs on the Cape Flats.

As I was to discover in my adult years, the body can be forced out of a home, which would be flattened by a bulldozer, but these machines can’t crush memories and emotional ties. These bonds might be quiet but they don’t go away. They resurface when least expected. When they come calling they might take the form of a childhood friend’s banter, in remembering the City Hall clock announcing that another hour has gone and that a new one has arrived, or family events.

Buildings such as the Moravian Church, St Mark’s Anglican Church and mosques escaped the bulldozers. Today they are a reminder of the community that once was District Six. So are the death notices in local newspapers that announce so-and-so, a former resident of District Six, had died.

My Uncle Boy never really left District Six. After a motor vehicle accident he was a different man. He would make his way from Manenberg, where he had been resettled, to the ruins of Vernon Terrace, searching for his home. Police would find him and return him to Manenberg.

My mother never said goodbye to District Six. How could she if she had been kicked out? She died in the new democracy but part of her heart was buried in the old one. Many of her generation never lived to return. Their descendants live with the dream of a life under that landmark called Table Mountain. Yes, they are cynical, knowing that just as an election of some sort draws near politicians try to court them with promises. More promises can be expected as 2016’s local government elections approach.

Just over a fortnight ago the country went dizzy with nostalgia as it celebrated the day when Nelson Mandela, with Winnie at his side, walked out of Victor Verster prison in Paarl, after 27 years in jail. Mandela’s new walk began on February?11 1990.

As the millions recalled the 25th anniversary of that day, I, with those who had been forced out and their descendants, remembered another day that had occurred 49 years ago on February?11 1966. That was the day when an afternoon newspaper heralded the end of our world.

Some former residents have returned to District Six as part of restitution. They are the fortunate ones. Even if the place they now call home is not the old District Six, they have returned. Once again they can set their lives to the noon gun, which is fired on Signal Hill.

Even so, since 1994 the number of those who received their eviction letters have been dwindling fast. They have died without getting justice. Restitution should be accelerated not because it will be a vote-catching gesture but because it’s the right thing to do.

With the 50th commemoration of the District Six forced removals approaching, priority should be given to returning District Six to those who have yearned to go home to the heart of Cape Town.