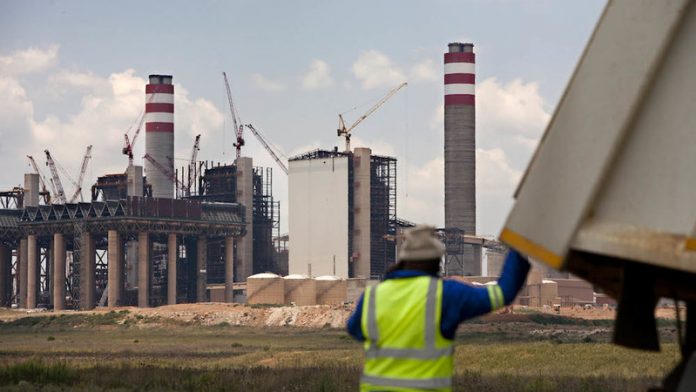 The treasury highlighted it as a key influence in economic growth scenarios, which it revealed in this year’s budget.

This is in a context of already lacklustre growth and relatively dismal economic expectations. Economic growth for 2015 was revised down to 2% of gross domestic product (GDP) from the 2.5% forecast in October’s medium-term budget, and 2.6% for 2016, down from 2.8%. Growth is only expected to return to more optimistic levels, forecast at 3%, by 2017.

According to the budget review, further deterioration in electricity supply could suppress economic growth to a mere 1% of GDP this year. The mining and manufacturing sectors would be worst affected because of their high-intensity electricity usage, the review noted.

The electricity shortages are expected to constrain both consumer and investor confidence, curtail economic output and limit expansion.

And despite the benefits of declining oil prices to inflationary expectations, rising electricity prices along with other administered prices are expected to be the major culprits that could erode these gains for consumers in the coming years.

But, better than expected availability of electricity or greater energy efficiency could boost growth by 0.4% this year, shoring up benefits from lower oil prices and more positive terms of trade.

Potential impact
The electricity crisis posed a number of challenges for understanding the potential impact on the economy, according to Konstantin Makrelov, head of economic modelling and forecasting at the treasury.

These included the difficulty in assessing the performance of Eskom’s power stations and the energy-availability factor – or the availability of a power plant when accounting for planned and unplanned power outages – as well as in assessing the difficulty energy-intensive companies are experiencing in getting new connections to the electricity grid.

Other factors, which the review highlighted, will be critical to economic performance, including the effects of global growth on South Africa as well as commodity prices, notably oil.

Greater than expected declines in global growth, pushing commodity prices lower, will hurt growth targets, according to the review. If global growth falls by 0.5%, alongside a 10% fall in export commodity prices, this could lower economic growth to 1.5% in 2015 and 2.1% in 2016.

The country’s current account deficit is forecast to drop to 4.5% for 2015 because of the sharp decline in oil prices. In addition, although the weaker rand raises import costs, imports of machinery are expected to slow in line with reduced investments by large state-owned companies that rely on a higher proportion of imported capital equipment, according to the review.

The reduction of the oil price is a major contributing factor to easing consumer price inflation pressures, despite a weaker rand.

But again electricity poses a major risk to the inflationary outlook, along with expected increases in other regulated prices, namely water and transport, where infrastructure costs need to be recovered.

The government is working on addressing electricity supply constraints through its ministerial “war room”.

It is aiming, among other things, to procure additional cogeneration capacity of 800MW in the next six months, increase gas generation and speed up the completion of Eskom’s long-delayed Medupi and Kusile power stations.

The state is also in talks with business to pursue a range of options to improve energy efficiency and manage demand, the review noted. Options being considered include expanding the use of smart meters, “buying back” power from large industrial users and varying tariffs by time of use.