Who is going to spy on the spymaster? 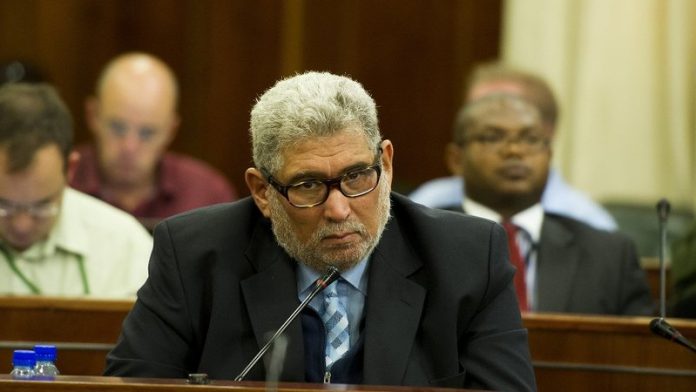 COMMENT & ANALYSIS
In the same week that the Al Jazeera news service began publishing extracts from a massive cache of leaked documents of the South African State Security Agency (SSA), Parliament’s joint standing committee on intelligence (JSCI) began the process of selecting a candidate for the new inspector general of intelligence (IGI).

The term of the incumbent, Faith Radebe, ends on March 31, and the committee met on Tuesday to create a shortlist from 57 applicants.

The juxtaposition of the two events is instructive – the obsessive defensiveness and secrecy of the standing committee counterposed with the leaks, admittedly selected by foreign journalists and partly redacted by them in the interests of the security of individual spies and their targets.

The leak itself is embarrassing. No spy agency likes to have its secrets stolen and displayed. But the material itself, so far, is more reassuring than shocking.

But there may be much more to come. The bulk of the leaked documentation appears to come from the records of the foreign branch of the agency, whose targets – other states and their spies – are inherently less controversial than those whom the domestic branch chooses to watch.

So far, there is no material that offers insight into the domestic scandals that have plagued the agency, scandals stemming largely from the politicisation and factionalisation of the services – the domestic surveillance that gave us the “spy tapes” and other products of the rifts in the ruling party between former president Thabo Mbeki and then ANC deputy president Jacob Zuma.

The documents show the spooks largely getting on with the unglamorous but necessary process of sharing and fencing with other spy agencies – and attempting to warn the various arms of government about real threats to their security.

They also highlight the perversity of a culture of secrecy.

The absurdity of “Secrecy”
Among the most interesting of the documents is one from 2009, titled Thematic Assessment Security Vulnerabilities in Government, which highlights the very poor implementation of security protocols throughout the government.

The document is marked “secret”, but very little of its contents would be news to the state’s adversaries – and it would probably have done some good if it had been circulated widely and openly.

The central paradox is that more secrecy does not necessarily lead to more security. This is palpably an unmet challenge for South Africa’s spooks and their purported minders on the standing committee and in the office of the inspector general.

For example, it was something of a small miracle that the short-listing of the applicants for the position of inspector general, such as it was, took place in the open, given that the committee’s chairperson, Connie September, prefers to keep the shutters closed.

Nevertheless, at the outset of the session this week, she made it clear that the subcommittee would not be drawn into public debates about the process followed, and there would be no room for the “character assassination” of any of the candidates.

Altogether, 55 candidates were considered. The incumbent, Radebe, withdrew her application for reappointment, for which she gave no reason, and one was disqualified for missing the deadline.

The inspector general is appointed by the president, following approval by two-thirds of the members of the National Assembly, so, in theory, all parties should have an informed view on the candidates.

An unseen and powerful state within a state
Significantly, the inspector general is expected to investigate complaints about alleged maladministration, abuse of power, transgressions of law and policies, corruption and improper enrichment in the intelligence services.

The office has unrestricted access to any intelligence, information or premises under the control of any intelligence service. These powers should make it a vital oversight tool of what some have termed an unseen and powerful state within a state.

Given what is at stake, the shortlisting process was, frankly, embarrassing. Each of the seven MPs on the multiparty subcommittee was required to shortlist 10 names, based on criteria that included having a legal background and some intelligence experience.

This took place with some confusion, including with the chairperson mistakenly shortlisting 15 names. The popularity contest came up with eight names, based on a simple vote tally.

Top of the pops was former subcommittee chairperson Cecil Burgess, who even received the vote of the Democratic Alliance representative Dirk Stubbe, despite his colleague David Maynier at the weekend referring colourfully to the prospect of Burgess being the inspector general “like appointing a vampire to guard a blood bank”.

Burgess, though genial, is excessively executive minded. When City Press confronted him about his candidacy before it was officially announced, he refused to comment, or to confirm or deny his application. Instead, he asked who leaked the information.

“No information from that committee is supposed to leak out, and you want me to comment on something that shouldn’t have come to you,” he complained, ignoring the fact that his ambitions for an intelligence post had been an open secret.

Who’s protecting who?
The apparent contradiction between Stubbe, who is bound by the committee’s oath of secrecy, and Maynier, who suffers no such constraints, is also instructive. It may be that Stubbe has fallen prey to the “institutional capture” that the membership of secret clubs such as the intelligence community notoriously promotes.

It may be that Burgess was simply the least-worst option. The point is: we don’t know.

September refused to disclose the full list of applicants, so we don’t even know who was left out. The shortlisting was open to the public, but the full committee meeting, which was held later in the morning and in which the candidates’ suitability was discussed in more detail, was closed.

Will there be open interviews of the short-listed candidates, as a proper parliamentary assessment of their qualities requires? We should demand nothing less.

But we should also be aware that the process is already “rigged”. All the candidates, including Burgess, are insiders, mostly current members of the intelligence services or the inspector general’s office, which itself has not served as a bastion of accountability.  The last media posting on its website is the announcement of the appointment of Radebe in 2010.

Security researcher Jane Duncan, a professor in the department of jounalism, film and television at the University of Johannesburg and author of The Rise of the Securocrats, says the inspector general’s office has lacked independence and resources.

“This means that the effectiveness and resourcefulness of the institution relies heavily on the individual occupying the position of inspector general, rather than its institutional arrangements only,” she notes.

Duncan points out that Zolile Ngcakani, Radebe’s predecessor, responded quickly to the crisis caused by Project Avani, which involved the security services being caught spying on Mbeki ally Saki Macozoma, and which blew the lid off the extent to which the intelligence services were being manipulated politically.

“Faith Radebe’s term has been less robust,” she says. “She will be remembered for her attempts to stand up to political pressure to let [former crime intelligence boss] Richard Mdluli off the hook, but her investigation into the matter was peppered with mixed messages, which seemed to be used against her.”

The political fight for the IGI’s “heart and soul”
Furthermore, says Duncan, “the IGI lacks one of the most crucial components of oversight, which is public oversight. As a general rule, the IGI’s reports are kept secret, and the JSCI, which receives the reports, also meets behind closed doors as a general rule. The IGI is unlikely to become more robust without greater transparency.”

The weakness of the oversight institutions was among the problems raised by the Matthews commission, set up by Ronnie Kasrils, then intelligence minister, to recommend reforms in the wake of the Project Avani scandal.

Its suggestions were delivered on the eve of Mbeki’s resignation towards the end of 2008 and thus rigorously suppressed by Zuma’s new intelligence mandarins, including Burgess.

If he, with his worrying record, becomes inspector general, it should be a matter of public concern.

“The appointment of Cecil Burgess as inspector general may well continue the trend away from independent-mindedness and robustness, which will be a real problem,” Dun­can says.

“The IGI remains the one investigatory body that has full access to intelligence documents, so it can investigate at a level of depth that no other institution can. This makes the struggle for its heart and soul all the more important.

“As political competition to the ANC increases, the temptations to use the SSA to advantage those in power will increase too,” she adds.

“Having a person in this office who has already shown himself to be pro-executive on intelligence matters bodes ill for the future of the institution in this important political moment.”

Sam Sole is a senior investigative journalist with amaBhungane; Karabo Rajuili is its advocacy co-ordinator.