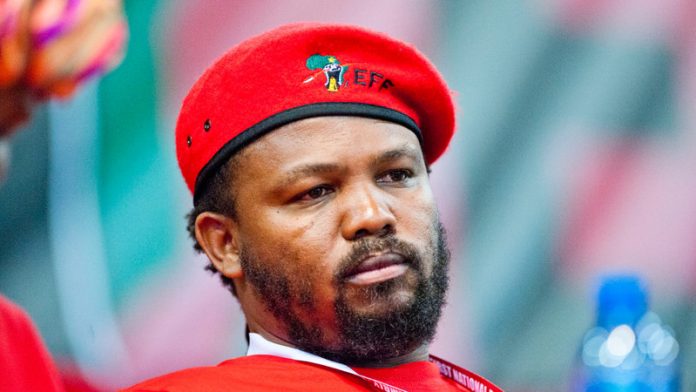 Four suspended Economic Freedom Fighters (EFF) MPs on Wednesday lodged an application in the high court in Johannesburg asking it to nullify the outcome of the party’s first elective congress.

“In the application to the high court, the members allege numerous instances of violation of the constitution of the party as well as the rules and guidelines governing the process of election of leadership,” they said.

“The National People’s Assembly was compromised variously and its outcomes are not credible.”

This followed an attempted media conference led by Mngxitama ahead of President Jacob Zuma’s State of the Nation address in Cape Town. The conference was abandoned and Mngxitama made a hasty exit when other EFF members arrived and objected to it being held.

The Mngxitama faction announced a “Save the soul of the EFF” campaign.

They accused party leadership of corruption and cover-ups.

Letters were sent to party leadership informing them of their intention to lodge a high court application, they said.

“The high court application is contributing to the ‘Save the soul of the EFF’ campaign, which aims to fight corruption within the party and hold all leaders and members to the Founding Manifesto of the EFF and in particular its seven cardinal pillars.”

Various EFF supporters from across the country submitted sworn affidavits to support the court application.

“The transgressions of EFF rules are amongst others – setting up ghost branches, altering names of delegates, intimidation, promises of money and positions in exchange for voting certain slates, systematic sabotaging of audited assembly registers of delegates to the NPA, interference with the electoral process and unduly influencing the outcomes of the elections,” the MPs said. – Sapa