Brand SA wants its bucks back 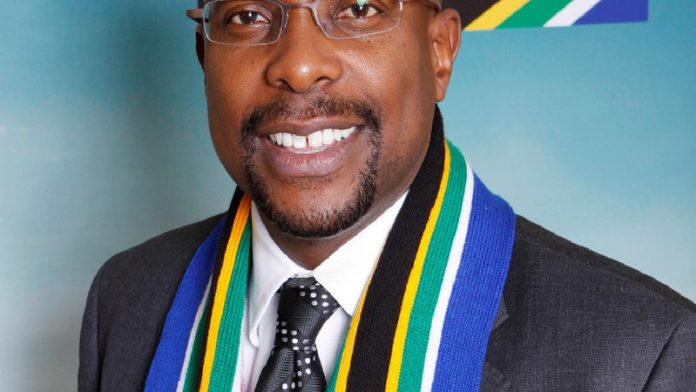 Communications Minister Faith Muthambi is embroiled in yet another row, this time with a government agency that insists she should pay back the money it was forced to divert from its budget to fund her national communications task team.

Brand South Africa, the agency meant to market the country to the rest of the world under the ambit of the communications department, has accused the minister of reneging on an agreement to refund it for the task team’s work.

The Mail & Guardian has seen letters between Muthambi and Brand SA, in which the agency said it would no longer fund the work of the task team “pending the reimbursement of all expenses incurred to date”.

Brand SA has already spent R1.1-million on the task team in four months and there are more expenses for which it has yet to invoice the department.

Muthambi has been fighting battles on different fronts since she was appointed last year to head the new ministry of communications.

Soon after she took office Muthambi was caught up in an apparent turf war with her Cabinet counterpart, Siyabonga Cwele, who heads the telecommunications portfolio. These tensions were said to have contributed to the delay in publishing the country’s new policy on digital migration. It is Cwele’s responsibility to lead the implementation of digital migration, but his lack of consultation with Muthambi apparently slowed things down.

Last month the M&G reported that Muthambi was facing off against defiant senior managers, some of whom were refusing to report to her.

National task team
The latest fallout involves Muthambi’s national communications task team that she quickly established following her appointment to President Jacob Zuma’s Cabinet. It was launched in July 2014 to advise the minister on “the most effective way to integrate the functions that have been assigned to this [communications] ministry and help refine the national communications strategy of government”.

It is believed that the task team will recommend that Brand SA should be radically slimmed down and that the agency’s 30-member board should be reduced by half. It has already been confirmed that the contract of the agency’s chief executive, Miller Matola, will not be renewed at the end of March.

Onkgopotse ‘JJ’ Tabane’s firm is at the centre of the row. (Photos: David Harrison, M&G)

In late July last year Muthambi asked Brand SA to allow her task team to use the agency’s offices in Houghton and sponsor the costs of the meeting, and to foot panel members’ travel and accommodation bills.

Yet, Brand SA now claims Muthambi broke her promise of either raising money to refund the agency or readjusting the department’s budget to cover the expenses.

Reimbursement guarantee
Brand SA pulled the plug after four months, saying it could not afford to continue without a ministry guarantee that it would be reimbursed. This was a result of “serious cash flow constraints now being experienced by the organisation and the unintended consequence of unauthorised expenditure”.

Even before Brand SA agreed to host the task team, it had raised concerns over funding, according to a letter from Matola to the Brand SA board. There also appears to be confusion over whether there was a formal agreement that would compel the communications ministry to reimburse Brand SA.

Matola had requested that the department “favour Brand SA with a letter confirming that the funding will be transferred to Brand South Africa so that the entity does not face cash- flow challenges upon meeting any of the task team obligations”.

Matola’s letter states it was proposed to the minister’s chief of staff that “the executive authority avail funding to Brand South Africa, which will be specifically ring-fenced for this project”.

Brand SA board chairperson Chichi Maponya also attempted to get the ministry to pay, sending a letter to Muthambi that said: “The honourable minister will recall that the agreement was that Brand South Africa will host and fund the work of the [task team] on the understanding that the department will transfer the required budget of R5?205??400 to Brand South Africa as soon as it had received its allocation from the national treasury. It would be appreciated if the honourable minister could give Brand South Africa an indication as to when we can expect a reimbursement to cover all expenditure already incurred.”

But Muthambi’s spokesperson, Ayanda Hollow, now says that “at no stage did the minister agree to compensate Brand SA” for the costs incurred in hosting the task team.

No comment
Hollow would not say this week whether Brand SA would be refunded the money.

“Brand SA is an entity of the department of communications and receives transfers of funds from the fiscus through the department.  These funds are disbursed on the understanding that they will be utilised to implement communication initiatives approved by the minister in pursuit of the ministry’s mandate.”

What has muddied the waters is that the service provider that convened Muthambi’s task team, FNP Communications, represented by Onkgopotse “JJ” Tabane, is a consultant for both Brand SA and the minister. Brand SA, however, says the services of FNP were “secured” by the department of communications to head the task team’s secretariat and provide public relations services.

Matola told the M&G this week that Tabane had, indeed, been contracted by Brand SA to consult “on other things”, but “not on this project [the task team]”. Tabane denied that he had ever been appointed Muthambi’s special adviser or that he had any separate contract with the department of communications.

“Brand SA used my services in that context to be of service to the ministry they report to.  This is in the same way they used my services as a consultant for all other previous ministers they have worked with before.”     A source close to Tabane said FNP Communications has been consulting for Brand SA since 2012 and that its scope was then extended to support Muthambi in a “range of responsibilities”. Brand SA had wrongly included Tabane’s invoices for work done for the task team with those for work he had done on other projects for the agency, the source said.

Hollow said, despite Brand SA ending its support for the task team, it has continued to function and is expected to present a report to Muthambi by the end of March. Tabane said the task team’s “mandate comes from the minister and not Brand SA. The minister has never requested the task team to stop its work, despite such stoppage of support,” he said.

Matola said a meeting was “in the offing between the chairperson and minister to resolve the matter”. – Additional reporting by Moshoeshoe Monare.