Editorial: No whiff of bias should cloud IEC 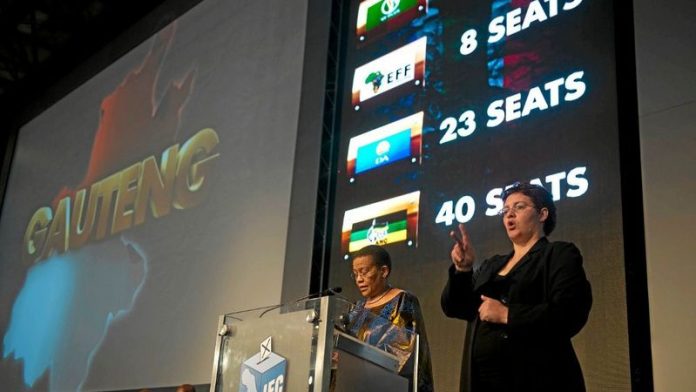 South Africa’s Independent Electoral Commission (IEC) has had a proud record for most of its existence. It was only when a row erupted about IEC chairperson Pansy Tlakula’s involvement in a dodgy lease deal that any suspicion of wrongdoing touched the commission. Tlakula’s resignation followed and the IEC now has a new head – but the appointment raises some concerns.

Vuma Glenton (“Glen”) Mashinini, the new IEC chair, was appointed according to the process mandated by the Constitution. The shortlisting of candidates and the related public interviews were conducted by a committee chaired by the chief justice and included the heads of the chapter nine institutions. Its recommendations were forwarded to the parliamentary home affairs committee, which in turn made a recommendation to the president, who put his imprimatur on the choice of Mashinini. So nothing wrong there: we can’t accuse the president of having manipulated the process or of having inserted his own candidate and pushed through his appointment. Yet, we still end up with someone who has for years been very close to President Jacob Zuma.

The parliamentary committee that selected Mashinini noted his “vast experience within the IEC” (he helped set it up in the early 1990s and served as Tlakula’s deputy from 1998 to 2001), as well as his experience in helping to run elections in other countries. These are doubtless feathers in Mashinini’s cap. Yet he was also the president’s adviser on special projects, particularly infrastructure. He says that role was “professional and nonpolitical”; we would say that, given the ANC’s commitment to the National Development Plan and its problems with implementation, such a role simply can’t be “nonpolitical”.

The bigger issue, though, is that the parliamentary opposition perceives Mashinini as being too close to the president and thus finds his appointment worrying. When the committee put its recommendation to Parliament, the opposition parties acted as an almost united bloc and objected that this was a “political appointment”. They are probably motivated by partisan interests; their fears are justified in that there have been too many appointments to key state positions, usually by the president, that seem designed to bolster Zuma’s personal and political interests rather than those of South Africa.

The debacle of Menzi Simelane’s appointment to the National Prosecuting Authority is the prime example; he was removed from that position by the courts, which found the president’s appointment “irrational”. We don’t need any more such debacles. The ANC may take the view that it has won the majority of votes at the polls, so it’s in charge and can do what it wants, and the president may take the view that he’s the head of the ANC, so he can also do what he wants. But in the case of the country’s chief electoral officer, it is vital that the appointee enjoys the confidence of all the parties in Parliament, even – or especially – the minority parties. In this instance, majoritarianism can damage our democratic institutions.

South Africa faces local government elections next year and it’s possible that many municipalities will be closely contested. The likelihood, then, is that the results of the vote will come under close scrutiny; there may even need to be recounts in some areas. The 2014 general elections showed the ANC’s majority slipping in several places, a tendency that may well increase in the local government poll. Hence, it is imperative that the IEC chairperson is not only above party-political or personal allegiances, but is seen by all parties to be so.