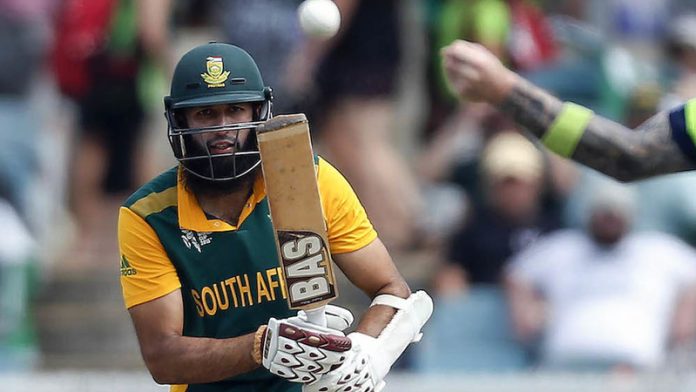 It may be a touch of retro styling, but the Proteas’ plan to use batsmen and, if available, even a genuine part-time bowler to make up the “extra” 10 overs seems to be catching on in some quarters. It was seen, at best, as a foible before the tournament began and, at worst, the gamble of a lunatic management group. But it might work, given a few conditions.

“They have to keep scoring 400 – that makes it perfectly feasible,” said former England off-spinner Graeme Swann, with equal amounts of humour and gravitas. “If the extra batsman allows the top order to perform like they have in the last two games, then it doesn’t matter who the fifth bowler is,” Swann said after watching the Proteas’ last two games against the West Indies and Ireland.

“The reality is that frontline bowlers are going for 80 or 90 in their 10 overs, especially if they’re bowling at the end of the innings, so the question is: are part-timers going to be much worse? Sometimes the rubbish that batsmen serve up can be harder to hit than proper bowling.”

The other proviso is that the “proper” bowlers take wickets early in the innings. “Dale Steyn and Morné Morkel, with either Vernon Philander or Kyle Abbott, must strike early. They are good enough to do that regularly, but, if they don’t, then there could be trouble. The modus operandi in this tournament is to “give” the first 10 overs to the bowlers, not to lose wickets while the two new balls are hard, and then build up to a crescendo in the final 10 overs. South Africa have done it perfectly in the last two games,” Swann said.

Overwhelming victories by massive margins in group games have characterised previous World Cups for South Africa, and the tournament favourites have taken note. The mind games have started with gusto – “Let’s see if they can do that when it matters” has been a recurring theme in recent days.

Ireland captain William Porterfield was quick to demystify the strategy – if there ever was any mystery. “They’re conservative at first, set the innings up for the big hitters in the middle overs and then go big at the end. Hashim Amla is the key. If you don’t get him early, then you’re in trouble.”

It’s not quite that simple, but nearly. The key question is when to start the acceleration, and when to ignite the afterburners, which have resulted in more than 100 runs in the last 10 overs in three of the first four games and closer to 150 in three of them.

“AB talks a lot about the ‘flow’ of the game,” Amla said following his match-winning 159 in Canberra on Tuesday. “It’s about reading the situation in the game and trusting your instincts. If it feels right to accelerate, then that’s what you try to do. It worked for us recently, but it doesn’t always,” Amla said.

There are only two problems facing the Proteas at the moment: the first is what to do when it doesn’t. With Steyn batting at number eight, it is the longest tail in the tournament, bar none. At 170-6, chasing or setting a target, would the Proteas be able to recover?

The second is death bowling. With a quarterfinal or semifinal opponent at 210-4 with 10 overs to go, do the Proteas have the skill and wherewithal to prevent them reaching 350? The only final overs specialist in the squad is Abbott – and the bench once again beckons because Philander is a better option in case of an emergency batting recovery.

Wayne Parnell might even feature again, but that may require the extra insurance of De Villiers keeping wicket in place of Quinton de Kock, who has struggled for form with scores of seven, seven, 12 and one in the first four games.

The prospect of the captain (and best fielder) once again being encumbered with the gloves does not excite the senior players. “Quinny is an unbelievably talented and hard-working player. Everybody, myself, AB, everybody goes through a few games where you don’t get runs,” Amla said.

“There’s a silver lining because we all know that he’s due runs. The fact that he’s not getting runs but we’re still managing to get some good totals on the board is a nice situation to be in.”

Stiffest challenge yet
Against the odds and form book, Saturday’s match against Pakistan at Eden Park in Auckland may provide the Proteas with their stiffest challenge yet, despite the faltering start made by their opposition. On a small ground in swinging conditions, both Australia and hosts New Zealand collapsed spectacularly at the All Blacks home of rugby six days ago, in a contest the Black Caps nipped by one wicket.

The Pakistani attack may be young and inexperienced, but they can swing a ball in any conditions, let alone favourable ones. And they may be a different prospect in a pressure-free environment from the diffident group we have seen so far, notwithstanding Wednesday’s convincing thrashing of the United Arab Emirates.

While New Zealand, Australia, India and South Africa are targeting the top spots in their groups to avoid each other in the first knockout round, Pakistan, West Indies and England are limping behind the thoroughbreds with an embarrassing gait. Sri Lanka, however, at 16-1, represent a tempting punt – for those inclined.

Top of group A plays the fourth team in group B, while second plays third. The semifinals are not necessarily “cross group” but will, similarly, feature the highest placed group finisher against the lowest. Theoretically, winning as many games as possible in the early skirmishes will produce a smoother rise through the knockout rounds.

It is a reality publicly embraced from the start by Black Caps coach Mike Hesson and which has resulted in some savagely one-sided wins for his team, net run-rate inspired. Others pretend, publicly, not to be bothered. “I would like to think it doesn’t matter who we play, or when,” said De Villiers, disingenuous enough not to have his integrity questioned.

World Cup of woes as England’s fear comes into play

Fear of failure rates highly as one of players’ greatest horrors, along with low confidence and insecurity. Perhaps they are all one and the same thing.

They certainly appear to be in England’s case. Rarely has a major nation made such an embarrassment of itself in the early stages of a global event – not since global events started, anyway.

“Many of them are still my mates; they are terrified of failing,” former England off-spinner Graham Swann said. “You have to be realistic. Either you are going to limp into the quarterfinals and then disappear with your tail between your legs, wondering whether you might have tried something better, or you decide to try something better now – before you’re knocked out.”

Like many experts, Swann has been impressed by South Africa’s apparent ability to “gamble” at the right time while batting.

It might look like the stage is set for a thrash in the final overs, but that’s not quite true.

“England’s batsmen face far too many dot balls. They don’t even look for singles. It’s like they’re giving up straight away. They all fear getting out. None is brave enough to attack before the last couple of overs. It’s embarrassing,” Swann said. “We’re playing ODI [one day international] cricket from two eras ago.”

If India are beaten by the West Indies, South Africa will almost certainly face England in the quarterfinals. – Neil Manthorp

Proteas can hold their heads high

Fearless Bangladesh ‘nothing to lose’ against India