I am an African and I grieve for my dog Bruno 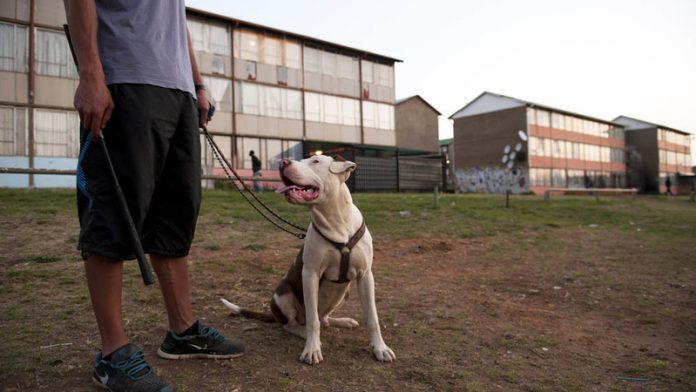 Bruno was tall, brown and handsome. Without fail, whenever I returned home Bruno would run to the gate to welcome me – for 10 glorious years. On the last Thursday of February 2015, Bruno died. And I did something that is very unAfrican: I cried for my dog Bruno.

What deed can be more unAfrican than an adult black male crying over a dead dog? If I could I would have avoided it, I swear. I would have postponed it until I had left the dierekliniek (vet). I should not have cried in front of strange white folk, tempting them to give me sympathetic looks, boxes of tissues and even a few hugs.

I could have cried nicely on my own in the car. I should have cried at home in the comfort of my own bathroom. Until this incident, I had a proud track record of not crying easily. But the tears just rolled down my brown cheeks without warning and without permission. Damn them!

Stung by a growing sense of guilt mixed with unwanted sorrow, I dived back into my African roots. In my search for guidance, I stopped first at the South African presidency. There I learned that African culture places particular obligations on us; we are charged with “promoting ubuntu and maintaining respect and high regard for other human beings and African culture”.

President Jacob Zuma reflected on these weighty matters in a “wide-ranging address” at Impendle in the KwaZulu-Natal Midlands in December 2012. Expanding on the complex philosophy of “building a caring African society”, the president admonished South Africans not to “elevate our love for our animals above our love for other human beings”.

Nxamalala (Zuma’s clan name) recalled “the well-known example of people who sit with their dogs in front in a van or truck with a worker at the back in pouring rain or extremely cold weather”. He pointed out that there are some among us who “do not hesitate to rush their dogs to veterinary surgeons for medical care when they are sick, while they ignore workers or relatives who are also sick in the same households”.

The president spoke of the “need to decolonise the African mind post-liberation”. He appealed to “the previously oppressed African majority to appreciate and love who they are and uphold their own culture”. As the presidency explained, Zuma was launching “a debate about deconstruction and decolonisation of the mind as part of promoting reconciliation, nation-building, unity and social cohesion” – a point that, it seems, the media missed completely.

In her book titled The Kanga and the Kangaroo Court, Mmatshilo Motsei dedicates a chapter to exploring human relations with dogs. She also explores the rich compendium of insults (and a few compliments) that humans associate with dogs, from calling someone a “bitch” to place names such as Tlhala Mpya (dump the dog) in Atteridgeville. Then there is the term umgodoyi – alluding to “useless” strays fit for tying up and stoning to death – or “top dogs” and “dog” as a hip-hop term of endearment (as in haai s’bali u y’inja mfana!).

For a full appreciation of South African talent in the employment, deployment and redeployment of animals such as dogs, donkeys, snakes and cockroaches in service of the national insult, see Sarah Britten’s latest book on South African insults.

In 2006, a younger Zizi Kodwa once named four “dogs to be beaten until their owners and handlers emerge”. One of the named “dogs” was author and academic Njabulo Ndebele. “Imagine Kodwa leading a crowd that has found a dog to beat,” wrote Ndebele shortly thereafter. By the end of Ndebele’s article, Kodwa has rediscovered dogs as the intelligent, empathetic, loyal, dependable, courageous, protective, sensitive and caring animals that they are. In the end, Kodwa leads the crowd in a song that calls for the replacement of machine guns with dogs.

I would have happily sung that song in honour of Bruno. Would this make me guilty of loving canines more than I love Homo sapiens? Not at all. Some of my best friends are human. But a few of them are dogs.

Would this make me guilty of behaving in an unAfrican way? I do not think so. Like Thabo Mbeki in his now famous I Am an African speech of May 8 1996, I too wonder “whether I should not concede equal citizenship of our country to the leopard and the lion, the elephant and the springbok, the hyena, the black mamba … the pestilential mosquito” – and (he should have added) the mongrel dog.

To have deep connections with the plant and animal kingdoms is not just African, it is the first step towards ecological maturity. For centuries we have adopted animals and named ourselves after them, and vice versa. For our ancestors, the lakes were alive, the mountains could watch us and the forests could talk back – until, that is, their African ways were rudely interrupted by those who accused them of animism and ignorance.

If the calamity of climate change is anything to go by, it would seem that, at least on this one, their detractors were wrong and our ancestors were right. What can be more animistic than the worship of money and the gun?

What will happen to Bruno now? Let us frame the question along Zuma’s favourite lines. Assuming the ANC will rule until Jesus returns, what sense of longevity accrues to the likes of Bruno the dog, if any? The Bible says: “For God so loved the world that he gave his only begotten son.” If God so loves the world, then God’s love is not the monopoly and exclusive possession of humans. God loves the snake, donkey, cockroach, rat and dog just as much.

When Jesus returns, Bruno will be dancing with him.

Professor Tinyiko Maluleke teaches at the University of Pretoria. The views expressed here are his own. Bruno’s picture is on his Twitter handle – @ProfTinyiko

Rumor has it: Top dogs compete for honours in New York