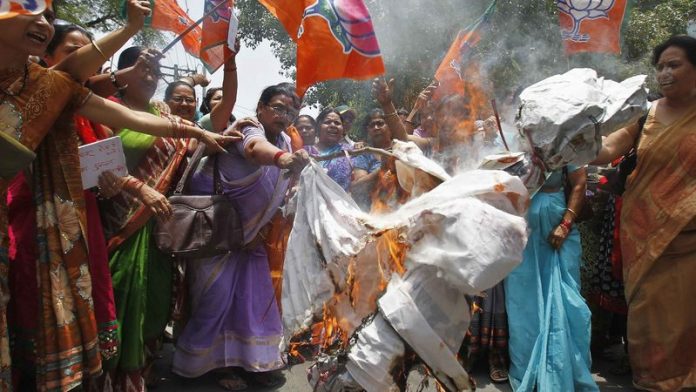 A mob of several thousand people broke into a high-security prison in India, dragged out a rape suspect and killed him, officials said on Friday, adding that police had to impose a curfew to restore order.

Rape has been a particularly emotive crime in India since 2012, when a student was raped and tortured on a bus in New Delhi and later died. The government has banned a documentary about that attack, reigniting debate about gender inequality.

The mob attacked the prison late on Thursday in the northeastern state of Nagaland.

The man, a 35-year-old Muslim businessman accused of raping a woman, was dragged out and hauled naked through the streets and beaten to death.

“Security personnel at the jail were overpowered by the mob,” said the state’s chief minister, T.R.Zeliang.

One person was killed and several injured when police fired on the mob.

Curfew
A curfew was imposed in the district late on Thursday and remained in force on Friday as the situation was “still tense”, district police chief Meren Jamir told Reuters.

Most people in Nagaland are Christian.

Violence against women is widespread in India where a rape is reported on average every 21 minutes. Acid attacks, domestic violence and molestation are also common.

There were 309 546 crimes against women reported to police in 2013, up from 244,270 the previous year, according to the National Crime Records Bureau. These include rape, kidnapping, sexual harassment and molestation. – Reuters