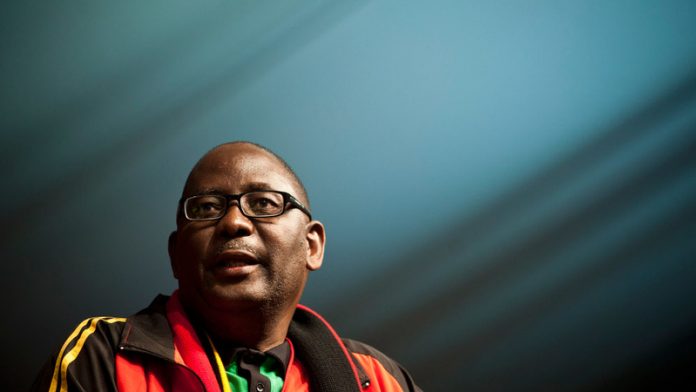 The National Union of Metalworkers of South Africa (Numsa) appears to have accepted that it will never return to Cosatu and is seeking alliances with other trade unions, including those on the opposite side of the political spectrum, such as Solidarity and the Federation of Unions of South Africa (Fedusa).

Numsa and Solidarity hold different ideological positions. Solidarity espouses a free-market system and is opposed to affirmative action; Numsa has been pushing for nationalisation of key sectors including mines and the banks.

Numsa and trade union federation Cosatu have previously criticised Solidarity’s campaign against affirmative action, saying it was intrinsically an anti-black campaign that served only to polarise “our society and bring divisions among workers”.

In Numsa’s search for a new home, the national executive committee (NEC) has tasked general secretary Irvin Jim with formally approaching the Association of Mineworkers and Construction Union (Amcu) and the National Council of Trade Unions (Nactu).

This move comes as Cosatu considers an application by the new Liberated Metalworkers Union of South Africa (Limusa) to become an affiliate. Limusa is headed by former Numsa president Cedric Gina.

Nactu’s national executive committee decided last year to join forces with Numsa and others to form a federation to rival Cosatu. Numsa has been lobbying the seven rebel unions in Cosatu to be part of a new independent federation. It also wants Cosatu general secretary Zwelinzima Vavi to be part of the new federation.

Boycotted
Vavi, together with the seven unions, this week boycotted Cosatu’s central executive committee meeting, a move that has been interpreted by some as a clear sign of irreconcilable differences.

Vavi has been at odds with his fellow unionists, who have levelled allegations of procurement irregularities against him. They also accuse him of being too critical of the ANC and President Jacob Zuma’s administration.

Jim said: “The NEC instructed me to start engaging other unions now rather than to wait for the efforts to reclaim Cosatu to fail,” he said. Apart from Amcu and Nactu, Jim said he would also be approaching Fedusa and Solidarity.

“We have been talking to some of them. We don’t want to [reveal] the nature of the discussion now. We have no defined agenda. For us, unity for workers is important. The mandate is that we must talk to all unions,” said Jim. “Already, we had some discussions with Solidarity. They were not the first people to start with. We have been talking to Solidarity about common issues.”

Jim said it was “shocking” that Cosatu could consider Limusa as an affiliate without audited financial statements. “It’s just a shelf union and a propaganda tool that will be used to call on Numsa members to join them. We don’t know where their members are. It is like taking a ghost union and allowing it to join Cosatu.”

“For us, if the objective is to unite all trade unions into one body, then we will be interested in joining the new federation. But if it is an alternative to Cosatu, we would not be interested because that will divide workers. There is too much divide and rule. Anything that divides workers will be in favour of business,” said Du Plessis.

After months of little action, the planned nationwide stayaway may not be an impressive show of force by the trade union movement
Read more
Politics

The ANC has, until now, always rejected going to the International Monetary Fund, which underscores how bad our economic situation is
Read more
Business

The SIU revealed that it is investigating 658 companies that may have profited unfairly from the Covid-19 crisis. Together those companies raked in over R5-billion — money that could have been better spent plugging some of the many leaks that have imperilled South Africa’s democracy.
Read more
Advertising