Coffee delivers a kick to the hair follicles 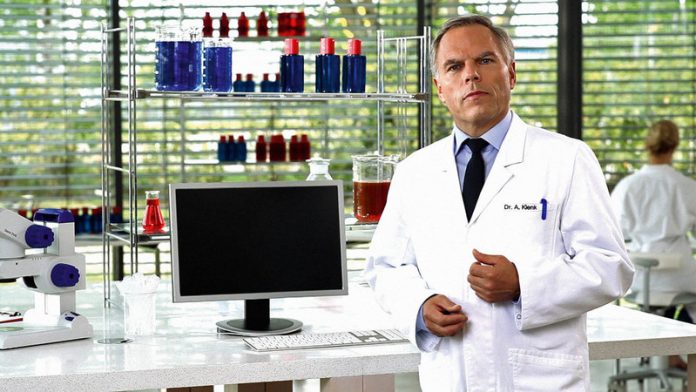 Hair today, gone tomorrow. That’s the reality for an increasing number of South Africans – men and women alike are at risk of hair loss because of a combination of genetics, poor diet and stress.

A recent study by the Institute for Dermatology at Germany’s Lübeck University and published in the British Journal of Dermatology, found that caffeine stimulated hair growth, strengthening the root.

At the centre of it all is German scientist Dr Adolf Klenk, from the German cosmeceutical company, the Dr Wolff Group. Klenk has developed a brand of shampoos and conditioners containing caffeine to combat hair loss.

Although Klenk conducted his own research as early as 2004 into the benefits of caffeine, the roughly 10-year time span has allowed him to assess its effect fully.

“As scientists, we are always driven by unsolved problems,” said Klenk. “And there was no real satisfying solution for hair loss.”

Coincidental idea
The idea of taking a closer look at caffeine, said Klenk, came to him purely by coincidence. With a special interest in natural chemistry after doing his thesis on the benefits of the neem tree, he started to consider the benefits of caffeine.

“Suddenly you just get an idea and I was convinced caffeine could [be the solution] based on my knowledge of how hair needs a power supply and how it grows in different stages.

‘Losing 40 to 50 hairs a day is normal, but anything more than that and you are at serious risk of balding,’ says Klenk. (Desiree Martin, AFP)

At particular risk himself because of his genetic makeup (his brother started losing his hair at 20), Klenk said he understood the emotional effect of hair loss.

He had since been able to stop the loss of his own hair.

“Losing 40 to 50 hairs a day is normal, but anything more than that and you are at serious risk of balding.”

Warning for athletes
He said the dose of caffeine in the respective hair products was “safe and efficient”, but a warning was printed on the bottles about the effect the shampoo could have on athletes.

In 2012, the manufacturers issued a warning about the high caffeine content, saying it could pose a doping threat to athletes.

Although the World Anti-Doping agency had removed caffeine from the prohibited list, its misuse was still monitored.

“The warning note [is specifically] if an athlete considers using the product before starting a tournament. Even though the use of caffeine is not generally forbidden in sports, the blood level is regularly monitored by the World Anti-Doping Agency to indicate any abuse,” said Klenk.

He added that the risk of hair loss was higher among sportspeople as a result of their active lifestyles.

“We took about four to five years to develop the product, doing research on how caffeine works in the hair organ system. It is a small molecule that can really penetrate the scalp and do more than just nourish.”

Available in SA
The caffeine hair products, Plantur 39 and the Alpecin range, are sold in most pharmacies in South Africa for between R100 and R170. Treatment is once a day and is a lifetime commitment.

“Due to the partially ‘rinse off’ character of a [caffeine] shampoo, we raised the dose carefully. Both treatments – Plantur 39 and Alpecin – correspond to about one cup of coffee,” said Klenk, before cautioning that simply applying a cup of coffee topically would be of no benefit.

Most specialists agreed, said Klenk, that hair loss was not a disease, but it was becoming more prevalent not only in South Africa but also elsewhere.

Coffee is being touted as a solution to hair loss, although not in its drinkable form. (Jason Reed, Reuters)

A recent survey among 600 South African men indicated that almost half between the ages of 20 and 65 were showing signs of hair loss.

The same survey conducted among 505 South African women over the age of 30 found more than a third of those polled indicated that they were showing signs of early hair loss.

The surveys were conducted among men and women from Johannesburg, Cape Town and Durban and were carried out by an independent company, Plus 94 Research.

Emotional impact
The survey also showed the emotional impact hair loss had on self-esteem and social life in both sexes. It further indicated that, after weight loss, hair loss among the sample group of men was more prevalent than erectile dysfunction, strong body odour or bad breath.

The women surveyed said hair loss had contributed to feelings of anxiety and depression.

The majority of those polled believed that healthy hair played a big role in terms of self-confidence and desirability.

“You need to look at your paternal line to assess your risk,” said Klenk.

“If your father and grandfather suffered from hair loss, your risk becomes higher and higher. For women, hair loss is likely to be more prevalent after menopause.”

He said although South Africa had shown a higher prevalence in recent years, it was not alone. “In Singapore, there is a 80% prevalence. Dietary influence plays a role where people are moving away from traditional eating and adapting to Western artificial eating,” said Klenk.

Hair loss
Dr Suretha Kannenberg, consultant dermatologist at Stellenbosch University’s faculty of medicine and health sciences, said there were many causes of hair loss. In some cases, black South Africans were more at risk because they used chemical products such as relaxers or as a result of excessive curling.

“Even things like cornrows can put strain on the hair follicles where the follicles just give up,” said Kannenberg, particularly as these hair practices and styles were often introduced during childhood.

Although the hair might be able to recover in early life, it was not always that easy later on, she said.

Sportsmen are said to be more prone to baldness. (Lucy Nicholson, Reuters)

There were also other triggers for hair loss, such as stress or hormonal changes, including instances of a woman’s loss of hair three months after childbirth.

Although a healthy diet was important, there was nothing one could do to prevent it entirely.

The emotional effect was also important.

“There is definitely a significant impact on the quality of life for men and women. It might be less for men because balding is so common; it perhaps has a bigger impact on women as it is less common,” Kannenberg said.

She said, historically, a full head of hair had always been regarded as a sign of youth, health and vitality.

“If a full head of hair is so closely associated with these attributes, it is clear why significant hair loss is so devastating in men. Studies have shown that men who have significant hair loss – especially prematurely – find difficulty interacting with the opposite sex,” said Linde. “In our appearance-obsessed society, there is pressure to look youthful and hair, along with other physical attributes, is seen as a significant part of one’s identity and status in society. There is pressure on women especially to appear youthful … which includes hair – typically, length and fullness.

“From the significant increase in advertisements for hair extensions, or weaves, which provide both, it can be seen how women are buying into this more and more.”

She said it was in this context that the link between hair loss and depression became clear – when one considers what hair signifies.

“No one wants to look or feel ‘less than’ and not everyone can afford or wants to go through hair transplants or expensive salon procedures on an ongoing basis in order to have the appearance of normality,” said Linde.

“Depression is often about feeling helpless, that nothing will change, and that the self is in some way less worthy.”