A small step for Chappie, a giant leap for science fiction’s narrative 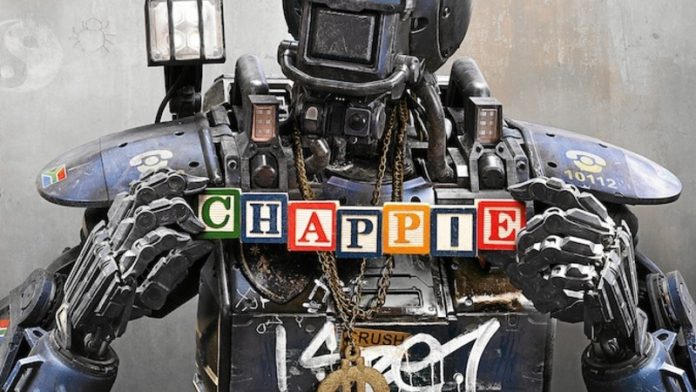 “To infinity and beyond!” is the triumphalist proclamation of Buzz Lightyear, eight-year-old Andy’s new space-voyaging action figure, in Pixar’s 1995 classic, Toy Story. The phrase is an allusion to a title card in Stanley Kubrick’s 2001: A Space Odyssey, and the name of the pompous plastic astronaut is a hat-tip to the second man on the moon.

The landing of Buzz, conqueror of the astral frontier, in the toy box signals the shuffle-down in the hierarchy for terrestrial frontiersman Woody, the cowboy.

By the third instalment of the Toy Story series, Andy has outgrown them both and sets them aside in a box as he sets forth into the world of manhood. Though they remain sentimentally important, the heroes of two golden ages of American expansionism have lost their sheen, and Buzz, once the very pinnacle of the child’s image of an intrepid future, is an anachronism.

Historically, the science fiction community has been predominantly white and male. Neill Blomkamp is undoubtedly no exception to this quite unwavering rule.

But his new film Chappie, unlike the sociopolitical allegory of his earlier District 9, is a surprisingly personal parable of ambivalence towards traditional masculine values, although the vulnerability is concealed under gunfire and steel armour.

Set in Jo’burg in the year 2016 (more a parallel present than a futuristic setting), Scout 22 (Sharlto Copley) is an android policeman in the service of the crime-beleaguered South African police force. The robot is given the gift of consciousness at the same time as he falls into the hands of an unlikely street gang, and is christened “Chappie”. The battle for the infant robot’s innocence and love of beauty then becomes the pivotal axis of the narrative.

From the early proto-science fiction of Jules Verne in the 18th century to the hard-science fiction of Arthur C Clarke and Isaac Asimov in the 1930s and the cyberpunk world of Ridley Scott’s Bladerunner in the 1980s, the white men of science fiction, from the word to the screen, have wielded technology as a weapon.

This trajectory from exuberant discovery to disillusioned cynicism tracks the various stages of emergence and decline of the technological utopian dream.

In the postcolonial era, history reveals that, in many cases, there were, indeed, already people living in the uncharted world where supposedly no man had boldly gone before – and discourses of power have shifted so that the man with the lightsaber or ray gun no longer has the same heroic lustre.

The thrill of the space race, driven by military competition, was resurrected in popular memory with last year’s transuniversal epic, Interstellar. But the film was a melancholy blend of Apollo-themed retro-futurism and utter implausibility that threw into relief the fact that the outer limits of the imperial project infusing science fiction have been reached.

The frontiers, including the “final frontier”, have all been closed thanks to the emergence of cultural counter-narratives and the development of cartographical and astronomical technologies. Despite the continued phallic probing of space, it is clear that the old heroes of science fiction are, at best, impotent and, at worst, evil.

The rapid decentralising of the white male narrative in South Africa has for the most part rendered irrelevant the ideology underlying the media influences of a generation of boys raised on Robocop, Terminator and the recent memory of military conscription.

Chappie is an odd pastiche of elements, including references to South African Defence Force tough-guy antagonism, the He-Man cartoon series and the casting of rap-rave crew Die Antwoord, and this bears testament to Blomkamp’s South African youth permeated with American pop-culture influences.

At a deeper level, though, it is a tale that reverts to the more traditionally feminine gothic romance of Mary Shelley’s Frankenstein, which is also considered by many to be the first real science fiction story. In this now seminal work, the monster is cobbled together out of dead bodies and animated, only to be rejected as abjectly horrific by the society whose technophilia has given him life.

Frankenstein’s monster does not start out as evil and the innocent creature learns how to be human by observing a human family in secret. He is ultimately driven to violence by alienation, threats to his vulnerability and mimicry of his treatment, and the book’s most poignant comment is on the creator’s responsibility towards their creation, rather than on the creature’s intrinsic monstrosity.

Although Chappie makes allusions to some of science fiction’s biggest questions, from the anxiety of the robot slave usurping of their human masters to the very nature of human consciousness, Chappie represents the very softest of science fiction.

The film makes no attempt at plausible scientific explanation in relation to its quite radical technological leaps. Rather, it offers the very thinnest technical lacquer over an essentially magical-realist resolution that revises Frankenstein’s monster’s fate by allowing him to stay in the perfect Oedipal triangle of perpetual robotic childhood rather than face entering the dystopian world of adult masculinity.

This may to some degree be a cop-out, but the laying down of weapons, whether it be shrink ray, fists or Kalashnikovs, will be a crucial first step towards the healthy ­reconstruction of white masculinity in narratives of the future.