So you think your African university fees are expensive? Try America 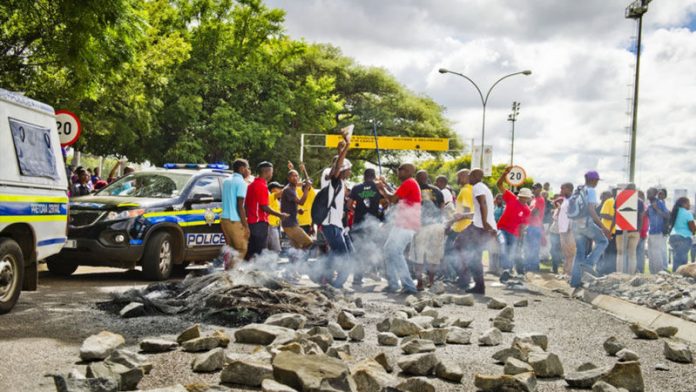 Students at Makerere University, Uganda’s oldest and most prestigious, have this week been on strike, protesting a demand by administrators that they pay up all fees due before they are allowed to learn and sit tests.

Under pressure, the institution extended its payment deadline but the rioting students have said it is not sufficient. “We shall fight until the last drop of blood because the two weeks are not enough for our parents to clear the millions” the private Daily Monitor quoted Joseph Asiimwe, a second year student of computer sciences, as saying.

The students’ concerns would reflect the steep cost of universities in Africa, where high levels of poverty see many struggle to raise tuition and school sustenance fees.

This is despite the continent’s growth continuing to be held up as an African success story, suggesting the benefits are still yet to trickle down to individual pockets.

However, demand for higher education on the continent remains brisk.  There are an estimated 2,500 institutions of higher learning in Africa, but less than 1 000 of these are universities.

In 1991, Africa had only 2.7-million students, by the end of this year projections are of 18-million to 20-million students, according to the World Bank. Despite this the African Union projects that only 10% of Africans have enrolled for tertiary education.

But in addition to underinvestment in physical infrastructure such as new institutions, the cost of attending is the main impediment.

Makerere for example charges the highest fees of any public institution in the country, at $1 014 annually for the Bachelor of Medicine course.

Architecture, another of the professional courses that are the most expensive in universities everywhere, costs $1 510 per year at the private Uganda Martyrs University.

These figures exclude accommodation, food and other expenses, which can often reach the same levels.

In neighbouring Kenya, the most expensive course at a public university is dental medicine, for which the University of Nairobi charges about $1 940 for the first year, and $5 200 every year thereafter in tuition fee, according to its website. An economics course here would cost an average of $1 200 a year.

The top player in the country’s growing private university scene, the United States International University-Africa, charges an average of $4 145 per year, which includes tuition, room and board, or $2 090 to learn only.

Nigeria’s most expensive institutions include the American University of Nigeria, which charges an average $15 000 all-inclusive annually ($8 000 tuition only), and the church-run Babcock University, which charges up to $3 800 in tuition fees annually, or up to $9 000 all expenses.

The University of Lagos charges about $600 per year in tuition fees, while Obafemi Awolowo University charges between $530 and $536. Both are public institutions.

‘Lowest in Africa’
The latter, in raising fees last year, said previous amounts—which were at an average $80 per semester including board, had been the lowest in the Nigerian university system, and “the most ridiculous in the entire tertiary educational system in Africa”.

The University of Ghana’s most expensive course comes with a $1 277 bill, or $320 if you secure a subsidy, but this is not inclusive of meals and accommodation.

One of the country’s top private universities, Ashesi, will cost you up  to $9 000, including food and board, and $7 000 for classes only.

The University of Cape Town, South Africa’s most expensive higher education institution, charges a median of $4 300 in tuition fees.

The University of Kwazulu-Natal, which saw protests last month as students demanded more financial aid, charges a median $3 100 a year, including board.

In Egypt, the American University of Cairo will charge you a median $17 000 in tuition for the first year. Fees here can reach an eye-popping $32 000 in tuition fee only for international students annually.

Public universities charge considerably less, but while increases in their costs often cause opprobrium on the continent, it could be much costlier, especially if compared with costs in the developed world, where private universities can often cost one less.

Flirting with inflation
Students attending Brown University will absorb the cost of classes for the Providence, R.I.- based school, which will rise to $48 272 from $46 408, a 4% increase, for the 2015-16 academic year.

On the bottom end, Dartmouth College in Hanover, N.H., is raising tuition by 2.9% to $48 120 from $46 763. While the hike still  leaves the school’s tuition in the mid-range of the Ivies, it marks the lowest tuition raise in almost four decades for Dartmouth, according to the university.

The rest of the schools appear to be continuing efforts to flirt with the 4% line without crossing over it. Cornell University, Yale University, the University of Pennsylvania, and Princeton University are each raising tuition by about 3.9% next year.

Add in room and board, and mandatory fees, and it will set students without financial aid back as much as $63,000 to attend an Ivy League next year.

Despite the painful sticker prices, an Ivy League degree can still end up being cheaper than what it’d cost to graduate a public university. Sitting on massive endowments, many Ivies, as they are popularly called, can afford to dole out financial aid packages that essentially cancel out hikes in tuition.

Africa, burdened by the least global spending by the government on higher education, and where its most successful individuals and companies rarely give back to their alma mater or look to invest in human talent, can only look on.

Visit mgafrica.com for more insight into the African continent.

A previous version of this article stated that the University of Cape Town is a private university. It is in fact one of South Africa’s public universities. The correction has been made. We apologise for the error.