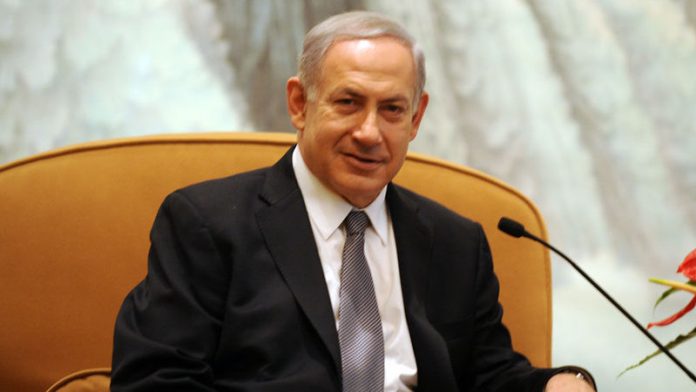 Israel’s Prime Minister Binyamin Netanyahu’s coalition foundered due to deep splits in the cabinet over the 2015 budget and a contentious bill aimed at enshrining Israel’s status as a Jewish state, which critics claimed would discriminate against Israel’s minorities and damage its democratic character.

The crisis came to a head when Netanyahu – complaining he could not govern – fired his justice minister, Tzipi Livni, and finance minister, Yair Lapid, collapsing the coalition .

The elections come in the midst of a turbulent period in the region and in Israel itself. A return to violent conflict with Hamas in Gaza last summer, months of disturbances in Jerusalem and a spate of deadly attacks by Palestinians marked last year as one of the most violent in the past decade. Israel’s relations with Europe and the administration of the US president, Barack Obama, have become more fraught, amid warnings from allies that the country faces the risk of increased international isolation.

Israel’s politics have been changing in recent years. Where once a party like David Ben-Gurion’s Mapai, the forerunner to the Israeli Labour party, could dominate for 30 years, the relative decline in influence of the two big political blocs – Labour and Likud – has produced a more febrile politics, where personality as much as party loyalty has become defining.

With its multitude of parties, some of them shorter lived than mayflies, in the 120-seat Knesset, this system has recently tended to produce unstable coalitions – none more so than the one formed after the elections in January 2013. However, a new law means the minimum number of Knesset seats a party can hold is four seats, or 3.25% of the general vote – a move designed to remove the smallest parties.

The last government was an awkward team of rivals: an electoral alliance between Netanyahu’s Likud and the largely Russian immigrant constituency represented by the pugnacious minister Avigdor Lieberman. This time round Lieberman’s Yisrael Beiteinu is no longer in alliance with Netanyahu and suffering badly at the polls after the revelation that police are investigating widespread allegations of corruption.

With a day to go, Netanyahu’s Likud is trailing the rival Zionist Union led by the Labour leader, Yitzhak Herzog. The final polls allowed to be published before exit polls are released at the end of voting on Tuesday have Netanyahu trailing Herzog by four seats. While Herzog has been slow to build momentum, it marks a doubling of his party’s lead in a week amid strong anecdotal evidence that Likud supporters have been drifting away.

That does not mean, however, Netanyahu is down and out, even if some 72% of voters in one poll said that Israel needs to change direction. The electoral maths of Israel’s coalition-building still suggests he can potentially form a right/far-right coalition with Naftali Bennett (whose Jewish Home party represents the religious right and settlers) and the ultra-orthodox parties, reaching the key parliamentary threshold of 61 seats.

With two parties – including Lieberman’s – hovering near the electoral threshold, their disappearance could sharply change the outcome.

A second big question will be whom several smaller parties decide to recommend to form a government the day after polling. Lapid and Moshe Kahlon – a former Likud minister now heading his own party – are expected to be the king makers. While Lapid has said he will not back Netanyahu, Kahlon has not given any indication who he might favour in a coalition.

Another wild card is the Israeli-Arab joint list led by Ayman Odeh, which has united four rival parties parties for the first time and which polls suggest could be the third-largest party in the Knesset. Last week, Odeh told the Guardian his party’s main priority was to prevent Netanyahu’s re-election.

Finally there is the question of what the president, Reuven Rivlin, will do. It is his responsibility to invite the leader of the party most likely to head a stable coalition to form a government. If the result is close, some have suggested Rivlin may try to insist on a national unity government, opposed by both Herzog and Netanyahu.

Israel faces a looming complex of problems both on the domestic and international front, including growing frustration with Israel’s policies towards the Palestinians both in Europe and in Obama’s White House.

Cost of living
Although high-profile social protests in 2011 petered out, the high cost of living and housing continues to concern many. Wealth inequality, too, has been steadily growing to the point that Israel’s economic divisions are approaching levels in the US. Figures released in February for the Central Bureau of Statistics revealed that more than a third of Israeli household bank accounts were in overdraft for at least 10 months in 2013.

Polls have consistently found that more than 50% of voters believe social and cost-of-living issues were most important, placing security in second place at between 24% and 28%. That concern has helped catapult two of the leaders of the 2011 social protests – including Stav Shaffir, Israel’s youngest MP – to high slots on Herzog and Livni’s joint list. It is also one of the reasons so much political significance was attached to the official state auditors’ report accusing Netanyahu and his wife of excessive spending of state money in their official residence.

Security
Netanyahu and Likud have relied heavily on playing the security card. Netanyahu’s insistence on speaking to the US Congress on the proposed nuclear deal with Iran two weeks before Israel goes to the polls was widely perceived as being as much about domestic Israeli politics as about Iran (and the inevitable spat with Obama playing well with his rightwing base). That speech, however, failed to deliver a lasting bounce to Netanyahu’s lacklustre campaign. The continuing Isis insurgency in nearby Arab states and recent terrorist attacks in France and Denmark on Jewish targets have followed a period of unusually sharp violence in Israel and the occupied Palestinian territories.

Military service
Social tension between more secular Israelis and the ultraorthodox manifests itself on the issue of military service, which the haredi (ultraorthodox) have historically sought to avoid. Despite the passage of a new law in the last parliament , Netanyahu has told haredi parties – whom he may need to form a coalition – that he would not insist on jail time for draft dodgers.

Palestine
Israelis know that whoever is prime minister after March will have to deal with a growing series of problems around this issue on the international stage. On 1 April, Palestine will formally join the international criminal court. If Mahmoud Abbas introduces cases against Israel, that will likely trigger a further sharp escalation in tensions. Gaza, where Israel fought a war against Hamas last year, remains extremely tense as does Israel’s northern border with Syria. Amid continuing votes for symbolic recognition of Palestine, the prospect of a renewed Palestinian effort to seek a resolution at the UN security council to end the occupation also has not gone away.

In an attempt to woo the settler vote, Netanyahu has suggested he sees no possibility of movement towards a two-state solution in the foreseeable future. But with the US promising to push for the reopening of peace talks, Herzog and Livni have said they will assess the attitude of the Palestinian leadership, should they win with a view to re-opening a dialogue.

Now Israel’s longest-serving prime minister since David Ben-Gurion , most commentators appear to agree that the key issue is whether Netanyahu should get another term in office. The beginning of the campaign saw a curiously fatalistic phenomenon: while most Israelis would quite like to see the back of the prime minister, when asked to rate who they think is most suitable for the job they have still tended to fall back on Netanyahu rather than Herzog – who has been accused of running an uninspiring campaign.

In recent weeks, however, that perception has reversed – not least over Netanyahu’s failure to engage with the key issues Israelis care about while constantly reverting to the subjects of security and Iran. Opposition focus groups have also identified a rising concern over the issue of Israel’s growing international isolation under Netanyahu which has seen a raft of former senior security officials, including two former heads of Mossad, weigh in against the prime minister.

For his part Herzog has come to look more prime ministerial to many as the campaign has gone on, sharply closing the gap in the question of who is most suitable to be prime minister.

A defining feature of this election cycle is quite how dirty it has been, with all sides complaining of smear campaigns and dirty tricks. Lieberman was the first to cry foul over the investigations and arrests of members of his party for graft in the midst of the campaign, questioning the timing. Netanyahu’s arrangement of an invitation – via his doggedly loyal ambassador to the US, Ron Dermer – to speak to Congress two weeks before polling day has been framed by many as a cynical and opportunistic stunt. Netanyahu defends it as a necessity in the face of the continuing Iran negotiations .

But what has undoubtedly been nasty is the tone of some of the campaigns – not least the one run by Likud. One campaign video stands out, suggesting that a victory for Herzog and Livni would allow Isis to come to Jerusalem . Netanyahu’s opponents also complain of the support afforded to him by Israel Hayom – the free newspaper, and the most widely read in Israel, owned by the billionaire casino magnate Sheldon Adelson. Nicknamed the “Bibiton” – literally Bibi’s newspaper – they claim it gives him an unfair advantage. © 2015 Guardian News and Media Ltd.

The English-language websites of the Jerusalem Post and Ynet provide daily election coverage. +972 is an independent blog-based site with political and cultural coverage. On Twitter, @BarakRavid is the left-leaning Haaretz’s diplomatic correspondent and @Gil_Hoffman the chief political correspondent for the Jerusalem Post. Haaretz’s polling graphs can be found here .