Welcome to the Bacon of the Month Club 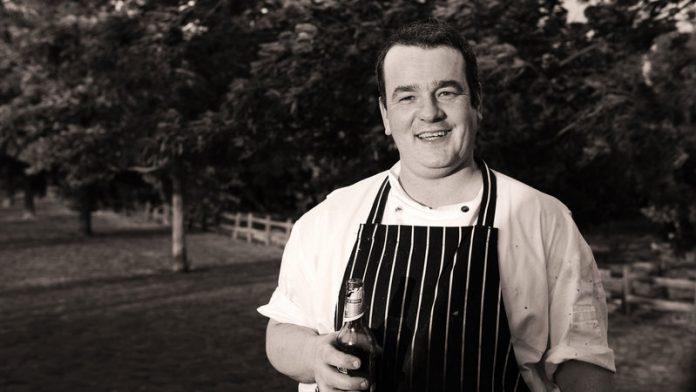 Imagine going to a designated collection point once a month. You pick up a beautiful package. The contents: 500g of speciality bacon sourced from a farm outside George. Welcome to the Bacon of the Month club.

Each month is a different flavour from a different cut: beech-smoked bacon (with fennel and brown sugar), Indian bacon (with turmeric, cardamom, cumin and cloves), Bayou bacon (with cayenne pepper, paprika and pimento), and more.

“Neil Jewell does amazing charcuterie and superb bacon,” says Nikki Friedman, the third person in her family to run Franschhoek’s Môreson farm. “But it’s really difficult to find good bacon in South Africa, even though there are a lot of people who really, really love bacon.”

Jewell is head chef at Môreson’s Bread and Wine restaurant and a finalist in the top 10 restaurants in South Africa category at the Eat Out Awards.

Bacon everything
At first, the idea was to do a “Pork of the Month Club”, which would allow subscribers to buy a whole pig and get a different piece of meat throughout the year. But Friedman recalls that the costing was prohibitive. Besides that, the logistics of shipping fresh produce in South Africa is quite difficult; a nightmare because we don’t have the infrastructure for it.

“Suddenly I was thinking about what ships,” she says. “I read somewhere – and it’s been confirmed by two chefs – that bacon is one of the few things that, when properly cured, you can freeze and unfreeze and refreeze again. No problem with that. And bacon, when properly cured, doesn’t have to be refrigerated for long stretches of time because it’s essentially cooked.”

And so began the Bacon of the Month Club, an initiative that’s had a good response. Although Nikki admits that she doesn’t plan to retire on it, and is putting everything she makes back into the business, the project broke even a few months in. It’s also proved so popular that it led to the opening of the Bacon Pop-Up Bar where she serves a bacon-infused menu, including bacon brownies and bacon chocolate chip cookies.

“Here [in Franschhoek] is awesome and it’s done better than we thought it would,” she says. “It’s certainly a great brand. You get the nicest things from customers: fabulous phone calls or a message to say that you made their day. Not from all of them, but when they love you, it’s an amazing experience to have that kind of brand.”

Testing grounds
Friedman is using South Africa to test the concept. It’s far less costly to do so here than in the United Kingdom or the United States. She believes we’re spoiled about the price of things, but people still asked her how she could charge so much for the bacon. (A one-month subscription costs R350 but this decreases to R175 a month if you sign up for a year.)

Her goal is to expand the Bacon Pop-Up Bar beyond Franschhoek (possibly to Cape Town) and the Bacon of the Month Club beyond South Africa.

“The wine industry is hugely competitive,” she says. “You’ve got to get people to drink the Kool-Aid and fall in love. You’ve got to get every single person who visits here to be a brand ambassador. So it’s about maintaining the overall experience, story and authenticity of Môreson.”

In a world obsessed with the latest things – she finds it amazing that people buy new appliances instead of repairing the ones they already have – Friedman wants to see the farm evolve while maintaining the integrity of the past.

“The other day my folks and I were speaking about how easy it is to get rid of the old,” she says. “Deport all the ghosts! But that’s the kind of stuff that gives your brand or your experience gravitas.”