A golden time for local music despite jackboot of apartheid 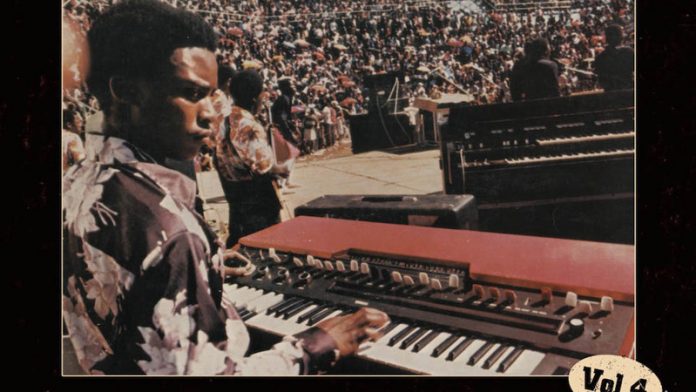 Strut Records continues its acclaimed Next Stop Soweto series with Volume 4, a dip into the rich archives of local music from 1975 to 1985. Life wasn’t easy for musicians at that time. Apartheid exercised heavy control over black artists and the suppressed music industry presented few outlets. A rare platform came thanks to the SABC’s Radio Bantu group of stations, but even that support could not provide full- time employment.

Musicians such as Miriam Makeba and Hugh Masekela showed the world the value of South African music, although their successes seemed equatable with going into exile. The Soweto uprising of 1976 may have turned international eyes on to apartheid, but the resulting increased boycott pushed the country’s fertile musical talent into further isolation.

It was only when Paul Simon disobeyed the boycott to record his controversial Grammy award-winning Graceland album in 1986 that local music became internationally recognisable. Often considered a kind of fusion between African and Western music, it becomes very apparent on listening to Next Stop Soweto Volume 4 how true Graceland was to its country of birth.

Elias Maluleke and Mavambe Girls, whose irresistible funk/disco groove whips their Khombo Ranga track into a boot-stomping frenzy, share all the attributes that made You Can Call Me Al a smash it.

When veteran stars the Mahotella Queens disbanded after royalty disagreements, younger artists such as TY Boys and Saitana were free to take mbaqanga to new and exciting places through punk, disco and Zulu-rock.

Fans of legendary funk instrumentalists the Meters will approve of the Movers’s Soweto Disco, a Hammond-organ track well worthy of their namesake. For brass influences these artists looked no further than South Africa’s homegrown jazz movement, which itself proved that fusion with American music was under way long before Simon set foot in Johannesburg.

Why then did Simon choose to record with Ladysmith Black Mambazo, considering the exciting pool of available local talent? The male vocal group’s big break was, in fact, a bit of a lottery; one of Simon’s friends had copied a cassette of their music and Simon played it by default on his early morning drives across San Francisco.

Graceland meets Mzansi
If a cassette in a car was less cumbersome to change, perhaps the swelling optimism of Ladysmith Black Mambazo’s music would not have been given the break it deserved. Their music grew on Simon, who was feeling fragile following a marriage break-up and a serious career slump. Forgetting how he had come by the tape, Simon sought the expertise of Warner Brothers to connect him with South Africa and get Graceland in motion.

Any musician on Next Stop Soweto Volume 4 could have been the focus of Graceland if they’d been on that cassette. Ladysmith Black Mambazo did a faultless job, but the lottery-winning odds of their route to success is testament to how insular South African music was at the time. If Simon had been able to tune into a Radio Bantu station, the energy of many curfew-breaking gigs could have put a mark on Graceland that would surely have sent shock waves across the world.

This was a golden period, with a soul that was impossible to quash, and Next Stop Soweto Volume 4 captures it all in a whoop of pride.