Musician Benjamin Jephta is high on the low notes 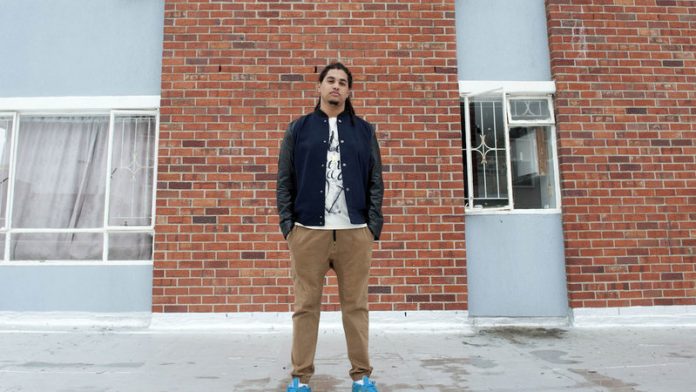 Benjamin Jephta is something of a house bassist on the Johannesburg jazz scene. At all of 22 years, he gigs on average at least three times a week, sometimes more. He is a regular presence on stage at Braamfontein’s jazz club, The Orbit, something he’s accomplished in the space of just one year.

Born in July 1992, in Mitchells Plain, Jephta graduated from the University of Cape Town in 2013 and moved to Johannesburg in early 2014.

Soon, Benji, as he is affectionately known, had shared a stage with every major act currently on the circuit. It is a rare feat and a case study in how a new school of musicians is quickly making headway in a scene dominated by an established network of players.

Before the move, Jephta had developed relationships with established musicians such as Marcus Wyatt, who plays on his debut album, Homecoming. Jephta was soon being booked so regularly that he now jokes that he was learning so much new music at the time that he almost forgot how to play standards.

A well-known musical director, who frequently produces big television spectacles, encouraged Jephta to move to Johannesburg because he was a particular kind of player that musical directors were looking for.

“He told me that I should move because they needed good players as well as good readers. They were doing some hip-hop gigs with old guys who were good, but couldn’t always read the charts, and they needed younger guys who could play well and who could read,” Jephta says.

Fortunately these contacts reached into the jazz scene, too. Aymeric Péguillan, owner of The Orbit jazz club, explains why Jephta was able to find regular work in such a short space of time:

“Benji is equally fluent on the double bass and the electric bass and he reads music well and fast. He can play equally well slow-tune and fast-pace tempos. His playing is accurate and his sound is very pure and clean, I find.

“That puts him in a good league already and obviously he has attracted the eye and ear of many musicians that look for that kind of stability and energy on the bass.”

Jephta is representative of the now-generation kind of musician. He and his peers are talented, to be sure, and they are also social media savvy. They can manage their own publicity and they have a keen sense for business. It’s a mixture of street and book smarts that allows players like Jephta to get out of the starting blocks, fast.

A classic sound
Yet in the midst of all this newness, Jephta writes music that embraces a classic sound in his own compositions. As evidenced on his album Homecoming, launched in early 2015, Jephta often includes the traditional resolution of harmonies and big, open chords.

His father was a worship leader at church. As a child Jeptha would tag along to rehearsals with his toy guitar. Two years ago he returned to playing in church, this time as a semiprofessional, to study choral music and its application in jazz music.

In a genre in which the use of conventional harmonies are sometimes shunned – considered too binding on the player or too uncool for the new school – it is a brave, mature choice for Jephta.

“I was trying to use the harmonies that we use in church and the whole I-IV-V [chord] thing, and put it into this jazz context. I also wanted to keep it quite simple. I want people to be able to sing the music afterwards and for it not to be too overcomplicated. I think jazz musicians tend to be ‘hip’ or write and compose and play for musicians rather than the audience,” Jeptha says.

The sound is also distinctly Cape Town. Kyle Shepherd, who plays piano on the album, was an obvious choice, says Jephta. “Kyle epitomises that sound right now.” He added players like the effervescent drummer Sphelelo Mazibuko to the mix for a dash of modernity.

Fresh and exciting music
Peguillan says he was always impressed with Jephta when he played as a sideman. So when Jeptha approached him hoping to stage his own Homecoming project at the club, it was a no-brainer to book him as a front man.

“When he approached us with his own project, looking at the quality of his playing and his musical commitment, and our desire to facilitate new players, there was little hesitation. His music is fresh and exciting and draws from many different influences. He surrounds himself well as well, which is great.”

Peguillan has received positive feedback about Jephta from other musicians.
“He adapts very well to different bands from what I can see and is very quick to read new music and translate that into beautiful sound. No question, he is one of the most talented around and works hard as well. I think many musicians around have  seen that.”

Yet it isn’t always easy to be respected on the Johannesburg music scene, especially if you are young.

There is a kind of schism between bass players who can groove well but have trouble reading new music and “college” musicians who can read well but did not learn jazz “on the streets”. There is also an ageism that is somewhat political.

Among the established players it is said that jazz is learnt from the streets. There is a collegiality between more established players, their names usually prefixed with a respectful “Bra”, and their jazz was born in the struggle. Often, the term is laden with deference, not familiarity.

Many of them are masters of the genre. They learnt jazz at a time when it was highly political. For that generation, jazz remains political. It is not to be read from a chart, unless it is new, and then it is certainly not to be played from a chart.

But younger players who learnt jazz in its less politicised iteration are not so easily stereotyped as “readers” or “college musicians”; Jephta is a perfect example of just how false that dichotomy is.

Don’t be afraid to burn bridges
Earning one’s stripes takes hard work, for sure, but it is ultimately his musicality that has allowed Jeptha to cross the divide. And not just to play, but also to contribute to the music.

As a player, what advice does he have for young players in Johannesburg? “Be open-minded. It helps if you’re versatile. Be professional. Be on time. Know who you are, what you stand for and know your worth. People can take you for a ride,” he says.

“It’s definitely hard. It takes balls, but you need to draw a line. When it comes to the business side of things you need to know your worth and shouldn’t be afraid to burn bridges.”

He adds that young musicians should not be prepared to work for less money and should not allow older players to treat them like amateurs.

“Don’t be nasty to people but do tell them that you won’t play for that amount, for example. If you’re at a rehearsal and the guy shows up an hour late and he still wants to rehearse you for three hours, don’t be afraid to draw the line.”