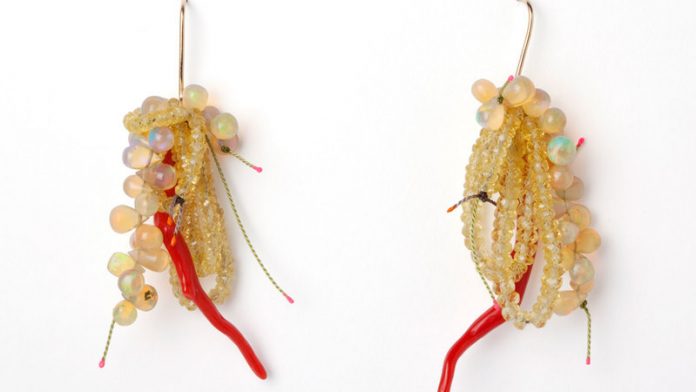 Last year, the department of arts and culture (DAC) caught some social media heat for their #wearadoek campaign. Launched in August 2014, DAC called for women to wear a doek every Friday in the month of August and take a selfie.

Traditionally and culturally, a doek is worn as a sign of respect or subservience (depending on what year you were born) and more recently as a fashion accessory, much like a hat or a bangle. The resounding sentiment voiced on social media and in conversations around office water coolers was: wear a doek for who and for what? The department declined to comment on whether the campaign would be resurrected this year to celebrate Women’s Day.

Fashion faux pas or a misguided idea of what an appropriate 21st century Women’s Day campaign is, one could say that, tangentially speaking, DAC have undertaken to engage more with the fashion and design industry. This year, the department once again gave 40 young emerging young creatives and designers an opportunity to showcase their work at the Design Indaba Expo that took place from Feb 26 – March 1. The initiative formed part of an ongoing plan to plough more resources and financial investment into the fashion industry, long dismissed as a frivolous pursuit. It is now.

In 2013, the clothing, textile, footwear and leather (CTFL) industry was reported as accounting for 14% of manufacturing employment and represented South Africa’s second largest source of tax revenue. The industry facilitates an estimated 60- to 80 000 jobs (down from 120 000) and contributes around 8% of the country’s GDP, Business Partners reported.

According to Stats SA, key findings published in December 2014, reflected an increase of 3.4% year on year in retail trade. The clothing, textiles, footwear and leather goods sector (CTFL) was among the three highest recorded, accounting for an annual growth rate of 5.3% and among the highest sectors contributing to total retail sales in 2014.

Under the direction of Lindi Ndebele-Koka, who is acting chief director: cultural development in the Arts Culture & Promotion Unit, the Emerging Creatives programme is described as “part of the DAC’s strategic directive to empower through the arts and induce radical transformation and economic growth.”

DAC has committed close to R2-million in the implementation of the partnership programmes: the Emerging Creatives Mentorship and Exhibition programme, support towards the Young Designer’s Simulcast platform (which offers design students and other youth with an opportunity to view the proceedings from the main plenary at a discounted rate by means of a live broadcast) and the Design Incubator Programme.

For a minimum of six one-hour sessions and a fee of R15 000 paid to them by DAC, Fenn and designer husband Eric Loubser combined efforts to mentor Koketso Mohlala of Ditsala Designs and Creations. Mohlala studied jewellery design and manufacturing at Atteridgeville Jewellery Projects. “We are free to decide how to structure the sessions and ended up doing a session once a week. We mostly worked on production development but when a student isn’t in a studio with you all the time there’s a limit to how much practical stuff you can do.

“Our goal was for her to develop her products into more polished, resolved pieces while keeping true to her own design aesthetic, which I think she accomplished very nicely. We also wanted her to have a cohesive collection to show at Expo and considered branding which would attract buyers. She sold very well at the show and has been busy with orders ever since. According to a friend who was there she was one of the few Emerging Creatives who paid attention to the whole package from the display to branding,” says Fenn who used to be involved with the Design Indaba as a curator in the jewellery section of the Expo.

But now that the Design Indaba Expo has been dismantled, the international visitors have gone home and local buzz has dissipated what happens to the programme and what is it long-term forecast for the chosen designers?

Through the mentorship programme called the Incubator Programme, DAC and the South African Bureau of Standards (SABS) Design Institute have been mentoring six young designers to help them build sustainable creative enterprises, while exposing them to the industry’s best practices and standards. DAC is tasked with developing and transforming the creative sector while the SABS Design institute acts as a catalyst for economic growth through design.

The six incubates are Lungelo Mashaba, Mokoena Kobeli, Msizi Luthuli, Mzukisi Mbane, Siyanda Mbele, Thandiswa Bonani. The idea is to create an environment that will equip and empower previously disadvantaged individuals to increase their intake into the following year’s Emerging Creatives initiative. It’s a year-long mentorship by the SABS Design Institute through four phases, says the DAC.

“Designers bring their prototype designs which are then improved to the next level of product development, they are provided with information and advice on intellectual property rights relating to patents, designs, copyright and trademarks.

“The designers are also taught about marketing their business, pricing, product packaging and branding. Incubates will then be introduced to potential buyers and retailers who are interested in their products. Finally they will be provided with Capital Venture funding that will bridge the gap in starting up their businesses.”

Celebrate Africa Month this May

Snapshots of a living poem