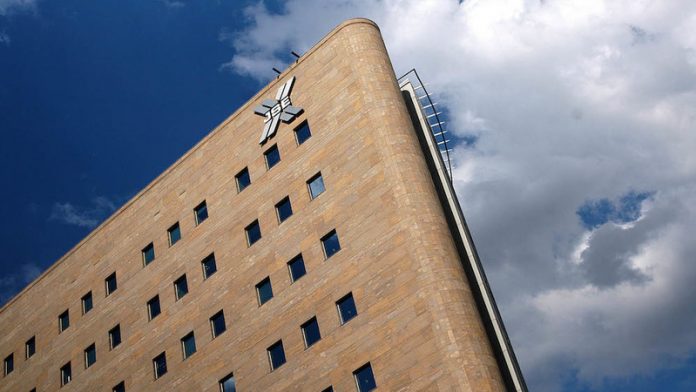 The amended broad-based black economic empowerment (BEE) Codes of Good Practice have moved the goalposts for business and placed more emphasis on direct black ownership and control of companies.

It echoes statements made by the president in Parliament last week, bemoaning the small number of black-controlled companies on the JSE – but the biggest impact will not be on listed stocks but rather on smaller companies.

The debate about the JSE and real black ownership quickly ensued after President Jacob Zuma said in his State of the Nation address that black-controlled companies account for as little as 3% of the stock exchange. Squabbles over different research and methodology, which estimate black control between 3% and 10%, doesn’t change the fact that the number is low. The reason is also no mystery: government’s own BEE policies have failed to create black-controlled companies.

Zuma’s comments pave the way for an amended Act and codes, coming into force on May 1 and place a lot more emphasis on black ownership and control. But the impact will not be biggest on listed entities that are still able to count indirect ownership in their tally of black ownership. Instead, it will be felt in smaller companies, which will need direct black ownership, and where transformation is not easily measured.

Categories condensed
Previously, a company might be entirely white-owned but could achieve good BEE levels by excelling in areas such as employment equity, skills development, preferential procurement, socioeconomic development or enterprise development. But now the categories for compliance are condensed from seven to five, three of which are priority elements and must be complied with.

One such priority element, with a weighting of 40%, is a minimum 10% black shareholding and must be fully paid for to earn the maximum points. If a company does not comply with the ownership element, it is discounted one broad-based black economic empowerment level.

Exempt micro enterprises (EME) will benefit from the amendments, which allow these companies to be classified as such if their turnover is less than R10-million a year (up from R5-million) and which gain an automatic broad-based BEE level 4 status even if it has no black ownership.

Smaller businesses, exempt micro enterprises and qualifying small enterprises were preferred suppliers because they could achieve a better broad-based BEE status than bigger companies because of allowances from the Codes of Good Practice.

The emphasis on control, and the resulting effect, will be seen in companies with annual turnovers of between R10-million and R50-million, known as qualifying small enterprises (QSEs).

If your company is an EME or a QSE and black-controlled (51% or more direct black ownership), it will automatically receive a level 2 broad-based BEE status and need not comply with the rest of the score card criteria. This automatic status based on black control does not apply to larger companies.

Black-owned suppliers will be favoured, Levenstein says. The transition will be hard because, according to EconoBEE estimates, more than 80% of all companies have less than 51% ownership.

Indirect ownership only for listed companies
Although others can no longer include indirect ownership in their black-owned tally, listed companies still can. “The regulation says black people are inherent JSE shareholders through pension funds and other South African mandated investments,” says Ajay Lalu, the managing director of Black Lite Consulting.

This does not serve to rectify concerns expressed by Zuma in Parliament last month.

Government still recognises there may be multinationals whose global practices prevent them from complying with the ownership element of broad-based BEE through the traditional sale of shares to black South Africans. In such cases, the codes allowed for black ownership to be earned through contributions, known as equity equivalents, in lieu of a direct sale of equity.

“The value of these contributions may be measured against 25% of the value of a multinational’s South African operations, and in terms of the current codes it’s all or nothing. However, the revised codes allow for a direct proportionate basis of the points on the ownership element, so if you do a 10% equity equivalents programme you can score 10% of the points for ownership,” says Lalu.

The biggest change in the broad-based BEE Act is that fronting has been recognised and criminalised, says Lalu. It has been clearly defined and the consequences for those found guilty is a fine of up to 10% of turnover or for individuals up to 10 years in prison. According to the department of trade and industry “fronting” means a circumvention or attempted circumvention of the broad-based BEE Act and the codes.

Levenstein warns that the complicated nature of the legislation encourages noncompliance.

“The focus of the codes has gone wrong. They have tried to make it more difficult because people have found loopholes. But making it harder is not going to prove anything,” he said. He notes that unintended consequences will be companies trying to find more convoluted ways to achieve requirements, resulting in “the odd person who really complies … government should be making it easier”.

Says Marvin Draai, director at Engeli BBBEE Solutions: “The bottom line is people are not going to be able to get away with not doing anything anymore … Hopefully people can see this is not about race but rather economic transformation.”

The vice-president of the Black Business Council, Sandile Zungu, says the intention to have controlling interests in the economy may not have been spelt out explicitly in the past, but it has been inherent in the narrative and that the end game is when the demographics find expression in all fields of life.

“We, as black business council amongst others, have persuaded government at various levels to say you need to look beyond the smoke. And look at the real numbers. … The look and feel of the economy tells us it is not in black hands.”

Zungu says the council appreciates the frankness with which government is raising this discussion and it should impress upon all South Africans to move with greater speed in transforming the economy.

“We mustn’t lose sight of what we are trying to do. We are trying to achieve where no segment of our population feels the economy is excluding them – where economy is transforming, addressing imbalances. Only those who don’t want to share must feel uncomfortable.”

The JSE-commissioned research excludes foreign shareholdings, which account for 39% of the exchange. So local ownership, white or black, is amplified and therefore black-controlled companies are reported as 10%. Indirect black ownership is estimated at 23%.

But the research, conducted by Who Owns Whom and quoted by the National Empowerment Fund (NEF) and Zuma, includes foreign ownership and found black-controlled companies made up just 3% of the entire exchange.

Both methodologies remove the public investment corporation, JSE’s largest investor, and other government entities from the calculation: their race is considered unknown.

The trustees of the multibillion-rand scheme, set up to benefit the firm’s black employees, have been accused of hiding money from beneficiaries
Read more
National

South Africans may well be seduced by the prospect of Zuma appearing at the Zondo commission, but he wasn't alone in driving the state capture project
Read more
National

Hazel Friedman digs into a SIU probe into 148 land reform projects, which found that a quarter were corrupt and millions of rands have disappeared
Read more
Business