From Sharpeville to San Francisco and back again 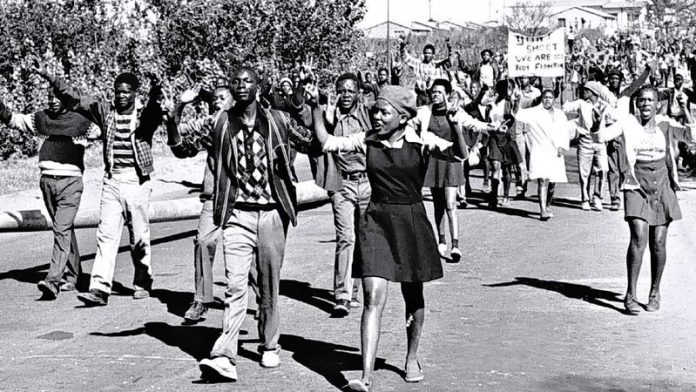 On the anniversary of the Sharpeville massacre, we remember that the global struggle against apartheid involved many allies. It is no coincidence that the formal name for the holiday commemorating Sharpeville is Human Rights Day.

That name suggests the struggle against apartheid, in fact, was part of a larger and longer series of battles for equal rights and justice for all human beings. Most South Africans know that millions of people from across Africa and the world opposed apartheid in one of the great freedom struggles of modern times.

Among those freedom fighters were many in the San Francisco Bay Area, perhaps the most progressive metropolis in the United States. One, long forgotten player in the city’s anti-apartheid movement was a white Jewish man named Harvey Milk. Milk became the first openly gay politician elected in the United States when he joined the city’s Board of Supervisors (the equivalent of a City Councillor in South Africa) in 1978.

Milk came of age during the 1960s and early 1970s, a time of great political ferment. Then, social movements seemed to feed off each other as the US civil rights movement inspired students, American Indians, women, Mexican Americans, and many other groups to fight for equal rights, the end of the war in Vietnam, and other forms of social justice.

Milk – such an important figure for gay liberation in 1970s America – actively supported labor unions. He organised with other gay, lesbian, and transgender San Franciscans to convince “gay bars” to boycott Coors beer because that company refused to negotiate with its unionised truck drivers.

Milk also passionately opposed apartheid. In 1978, he led an effort to expel the South African consulate from his city, San Francisco. Using his power as a supervisor, he authored a resolution to close the consulate and held hearings to lobby the US government to help make that happen.  Milk’s efforts came at a time when few Americans knew anything about the system of oppression ruling South Africa. While the Soweto uprising drastically expanded global awareness of and resistance to apartheid, to most Americans South Africa remained a distant country that was of little concern.

Milk was an exception. And his struggle to end racial supremacy was intertwined with his own struggle for freedom and dignity as a gay man. He believed that different struggles for freedom and equality were intertwined. To him and others like him, none of us are free, so long as one of us is oppressed – be they homosexuals, working class people, or black South Africans half a world away from San Francisco.  It is important to remember Milk’s opposition to apartheid, today, given the ongoing conflict over homosexuality in South Africa.

The Rainbow nation frequently receives praise by advocates of equality – rightly so – for taking a bold and unequivocal stance for equality regardless of sexual orientation. First, in South Africa’s inspiring Constitution. Then, in 2006, it became the first nation to legalize same-sex marriage.  These commitments are proof of the humanity displayed by a people who have suffered so much.

Many South Africans, however, remain homophobic.  Rape, murder, and other forms of violence committed against gay South Africans all remain unacceptably high. Every day, gay South Africans suffer despite impressive legal protections. Every year, tens of thousands of LGBT South Africans, especially lesbians, are sexually assaulted.  One Human Rights Watch report entitled “We’ll Show You You’re A Woman,” noted, “South Africa has among the highest rates of reported sexual violence against women in a country not at war.”

Shockingly, perhaps one in every three South African women will be raped in their lifetime though statistics do not exist for lesbian women specifically.

Horror stories abound of lesbians who were victims of so-called “corrective rape.” How can it be that some men claim that raping a lesbian will convert her into a heterosexual?   This same Human Rights Watch report described how a lesbian girl in a Pietermaritzburg township was raped by an older cousin and infected with HIV. A few years later, another man she knew and had trusted raped her repeatedly and impregnated her. Her family blamed her both times. Then, a local minister raped and impregnated her – yet another man who claimed that raping her would change her into a heterosexual. This woman’s tragic story is all too common.

Homophobic violence is not only directed against women. Last year’s murder of David Olyn, a gay man from Ceres in the Western Cape, is but one reminder.  Olyn (21) was tied up with wire, beaten with a brick, set ablaze, and then killed as numerous people watched and allegedly jeered.

Harvey Milk also paid the ultimate price for speaking truth to power though, more likely, he was targeted for being homosexual. Less than one year after taking office, Milk was shot dead in his office by a homophobe who also served in local political office. Milk’s murder made national headlines and only strengthened the movement to ensure freedom and justice for all.

Today, many pressing issues demand our attention. In South Africa, abject poverty persists, as does racial inequality and political corruption. However, the push for equal rights for homosexuals is not some distant, “Western” issue. Gay South Africans exist. They are real and they are here.  The fact that some other South Africans do not like them or agree with their lifestyle is irrelevant. Homosexuals are human beings and have the right to live their lives as they see fit.

Thus, on Human Rights Day, let us never forget that the struggle for freedom has come a long way since the Sharpeville Massacre in 1960. In South Africa and across the world, the advance of equal rights for people regardless of color, race, ethnicity, and gender have made incredible strides.

Yet, even though so many of us have benefited from these freedoms, some human beings remain targets of persecution and brutal treatment. This cannot and should not be.   Remember Harvey Milk and honor his legacy. Just as Milk fought for South Africans, all South Africans must respect and fight for the equal rights of LGBT South Africans.

Medical aid is becoming more of a luxury for many South Africans, and it’s not about to get any better
Business