Entertainment news: Safta winners and Suge Knight have us talking 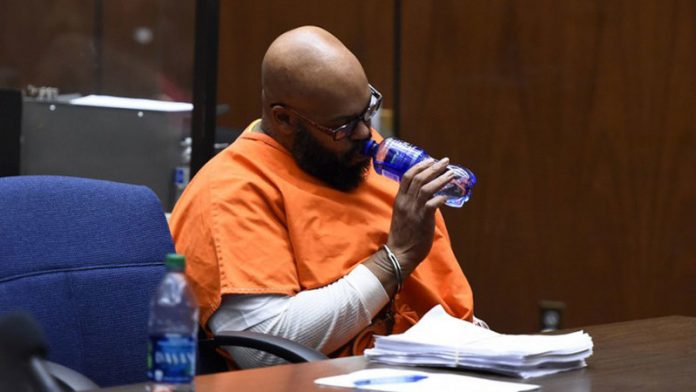 All the SAFTA winners

Isibaya took the award for the best Soapie at the South African Film & Television (Safta) awards that were held on March 22 at Gallagher Estate in Midrand. Isibaya was introduced on TV screens in 2013, as a Mzansi Magic telenovela based on the local taxi industry both set in Johannesburg and KwaZulu-Natal. Now the soapie has outshone popular soapies such as Isidingo and Scandal!.

Actor, Marius Weyers, received the prestigious Life Time Achiever Award for the work his done in the TV/Film industry for nearly 50 years. Seventy-year-old Weyers has appeared in over 35 feature films and 115 theatre productions such as Gods Must Be Crazy (1980), Gandhi (1982) and even Blood Diamond (2006).

Nigeria’s Davido to collaborate with US rapper
Nigerian musician and winner of the 2014 best international act Africa BET award, Davido is set to collaborate with North American hip hop artist, Meek Mill, on a new song. Mill, who is dating fellow hip-hop artist, Nicki Minaj, announced their collaboration on Twitter on March 19.

Davido is best known for his hits Aye and Skelewu, which have topped the Africa music charts. He has ruled out a remix for Aye, despite Mill’s mention of #Aye in his tweet.

Suge Knight collapses in court
Things are not looking up for former rap mogul Marion “Suge” Knight, who collapsed in court on Friday March 20 after a judge set his bail at $25-million in a murder case, according to CNN. Reports state that Knight, during his bail review hearing, “bent over in his chair at the defence table” and two police officers rushed to his aid as he leaned facedown on his chair.

Knight’s attorney Matthew Fletcher told CNN affiliate KABC that “Knight hit his head on a chair and knocked himself out”. According to Fletcher, the $25-million bail is too high for his client and “it’s just laughable”.

BBC reported that after his collapse, Fletcher told the court that his client, who is diabetic and has a blood clot, hadn’t received any medication since Thursday.

Knight is charged with “one count of murder, one count of attempted murder and two counts of hit-and-run for an incident that happened on January 29 2015 when he allegedly ran over two men, Terry Carter, a former rap record label owner who died and Clement “Bone” Sloan in Compton. Knight allegedly ran over the two men after an argument on the set of the biopic Straight Outta Compton, a film based on controversial rap group NWA.

Earlier in the year Knight’s former attorney, James Blatt claimed that his client was being attacked by “a number of men” who were beating him through the car window and he was making an effort to leave, but two men were run over in the incident. The 49-year-old mogul, best known as the co-founder of Death Row Records in the 90s which signed artists such as Tupac Shakur and Snoop Dogg, pleaded not guilty to the attempted murder and hit-and-run charges. His next hearing is scheduled for April 13.

Pharrell Williams speaks out on the jury’s ruling
Musician Pharrell Williams finally spoke on the jury’s ruling on the copyright infringement regarding Robin Thicke’s hit song Blurred Lines. Williams told the Financial Mail that the “verdict handicaps any creator out there who is making something that might be inspired by something else”. According to New York Daily News, Williams doesn’t believe there was any infringement. “You can’t own feelings and you can’t own emotions … (in music) there are only the notations and the progression. Those were different.”

He stands behind his work and the work he did on Blurred Lines, which was inspired by Motown artist, Marvin Gaye. “If we lose our freedom to be inspired we’re going to look up one day and the entertainment industry as we know it will be frozen in litigation,” he added.

Earl Sweatshirt drops new album
Hip Hop artist Earl Sweatshirt is back with a new album that has a very interesting title, I Don’t Like Shit, I Don’t Go Outside. The rapper born Thebe Neruda Kgositsile, officially released the new album today. According to the LA Times this project deals a lot with  “breakups, smoking weed, fighting with Xanax and laying real, real low”. “His [Earl] only connection to the outside world, it seems, is his front door’s fisheye peephole and maybe the pizza man. This is a different brand of darkness”, LA Times reported.

Here is the video of his latest single, Grief: