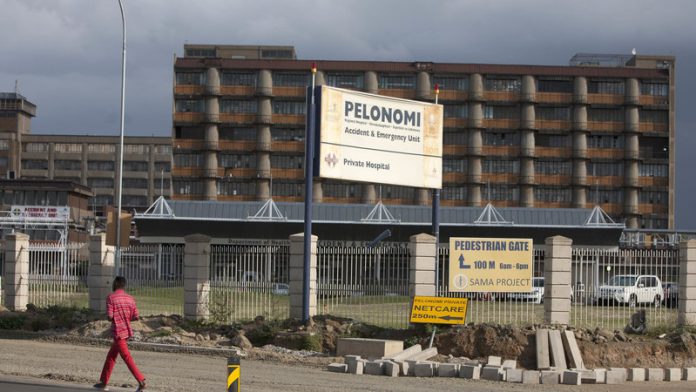 The Pelonomi Hospital in the Free State is one of the worst in the country as it is plagued by a shortage of medicines and staff, and long queues with a waiting time of up to six hours.

So believes the Democratic Alliance’s spokesperson on health who, after a national oversight tour of nine major hospitals, is calling for a full-scale investigation by the ombud of the Office of the Health Standards Compliance into the conditions of some hospitals.

Calling the situation at the Pelonomi Hospital criminal and a catastrophe, the DA’s spokesperson on health, Wilmot James, and his deputy Dr Heinrich Volmink said they would not only request the portfolio committee on health to conduct their own oversight visit, they would also lay criminal charges against the hospital management for the illegal disposal of medical waste.

James said Pelonomi Hospital was a bigger and a greater scale example of the problems experienced at Dihlabeng hospital in the Free State.

Shocking exposé
On Friday, March 20, the Mail & Guardian reported on the horrific conditions at the regional hospital, which included bodies not being removed from the beds, broken lifts and a shortage of medicine.

At a press conference in Parliament today, James said the oversight visits had revealed shocking conditions that would require a full-scale investigation.

“The ombud must assess these hospitals against the backdrop of the national core standards [for health establishments] and report the findings to the portfolio committee of health. Our findings in some places were shocking and extremely disheartening. The worst hospitals identified were, Pelonomi in Bloemfontein, Rob Ferreira in Nelspruit and the Klerksdorp/Tshepong Hospital Complex in the North West province,” James said.

The DA also visited the following hospitals: Nkosi Albert Luthuli Central in KwaZulu-Natal, Polokwane Provincial in Limpopo, Thembisa in Gauteng, Groote Schuur in the Western Cape, Kimberley in the Northern Cape and Livingstone in the Eastern Cape.

Unhealthy state of affairs
Volmink said that at the Pelonomi, there were safety issues as there was no access control.

“This hospital is a medical catastrophe. The broken fence that allowed the rape of a nurse some years ago is still severed at multiple points. There is a chronic shortage of medicines, including painkillers for victims of accidents.”

At Rob Ferreira, they found the generators have not worked since 2014 and staff are expected to keep critical patients alive by manually bagging them to keep them breathing when the electricity goes off.

Load-shedding has been cited as one of the major ­contributors to the deterioration of conditions at the hospitals, as well as poor management.

Klerksdorp is operating with only one boiler and the rest of the hospitals are “muddling through week to week” except for Groote Schuur and Kimberley, which were found to be doing well, according to the DA.

Individual hospitals, national issues
James said the DA did not want all the hospitals in the country to be investigated but rather that the most problematic ones be identified, based on various reports.

He said the hospitals visited were tertiary institutions that represented a spread of the main hospitals.

“They have reasonably large bedsides ranging from 350 to 800 and have surgeries and theatres … and therefore represent a spread of the main hospitals as distributed provincially, within those catchment areas. So that was the logic in our selection,” James said.

“These were all unannounced visits, so often there is an element of on-day opportunity that you have to take. There is some randomness to it but we believe we have a sense of a trend of the broader criteria of large hospitals.

“It’s clearly not a national audit and doesn’t pretend to be either.”