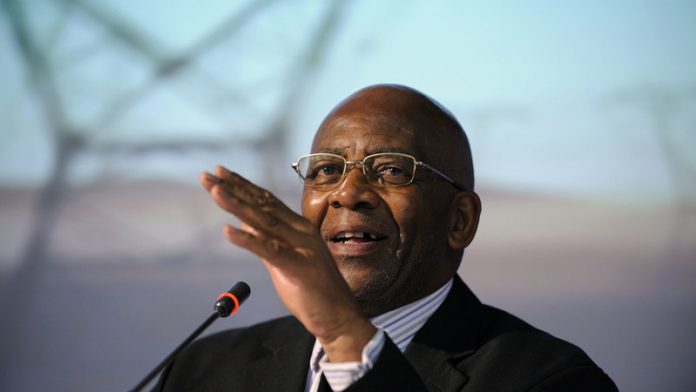 The National Union of Mineworkers (NUM) has called on Public Enterprises Minister Lynne Brown to do the right thing and fire Eskom chairperson Zola Tsotsi. The union, which is in an alliance with the ruling ANC through the Congress of South African Trade Unions (Cosatu), has also challenged Tsotsi to voluntarily step down “before he is removed by force by our members”.

It was reported on Sunday that all Eskom board members unanimously resolved to pass a motion of no confidence in Tsotsi during an extraordinary and explosive meeting last Thursday. Among other things, Tsotsi is accused of interfering with the executive and signing off certain documents on behalf of Eskom, thereby undermining the chief executive and other executive directors.

NUM general secretary Frans Baleni told the Mail & Guardian on Monday that if Tsotsi was not fired or voluntarily step down, NUM members would physically remove him from office.

“Our members will be ready to physically remove him [Tsotsi]. We are just waiting to meet with the the minister hopefully before the end of the week. Eskom is in trouble. We can’t allow this kind of behaviour [by Tsotsi],” said Baleni.

Last week, Tsotsi took many by surprise when he announced the suspension of top Eskom executives including chief executive Tshepiso Motona, chief financial officer Tsholofelo Molefe, head of group capital Dan Marokane and technology and commercial executive Matshela Koko. He said the suspensions were implemented to allow the board to turn the corporation around and give it unfettered access to information the executive were allegedly holding back.

Investigation
Tsotsi announced that an independent, external inquiry would be set up over the next three months to investigate all allegations leveled at the executives. But now the Eskom board according to City Press newspaper is fighting back and is accusing Tsotsi of failing to understand his responsibilities as chairperson. The board meeting on Thursday evening, which continued until the early hours of Friday, was reportedly marked by clashes between the chairperson and other members of the board.

Baleni said he did not understand the rationale behind Tsotsi’s insistent on an an inquiry, while deputy president Cyril Ramaphosa has established a war room to look at all sorts of challenges bedeviling the power utility. “To us, the inquiry does not make sense. Why should we have parallel structures looking at the same issues? There is an agenda and we can’t be part of that agenda,” said Baleni.

He said the NUM had warned before that the state of corporate governance was degenerating at Eskom. “In our last NUM NEC statement issued on the 23rd of February 2015, we called on the Minister of Public Enterprises Lynne Brown to reign on the chairpersons of some government entities to conduct themselves in cost effective manner than spend money on activities that do not add value to Eskom’s business objectives such as unnecessary international trips. The NUM reiterates its initial position to push for a ‘Save Eskom Campaign’.

Consult workers
“Part of the campaign will be to ensure that the voices of the workers are embraced in any turn-around strategy by the government. We believe that it will be a grave mistake for workers not to be consulted in generating the improvement of the parastatal. So long, as the workers are pushed to the margins and their experiences and knowledge is relegated to the gutter as is the case currently nothing sustainable will emerge out of any intervention. Thus, we urge the Public Enterprise Minister Lynne Brown to break the tradition of corporate tyranny by consulting with workers at Eskom in order to get a sense of problems and solutions thereof,” said Baleni.

Brown told the Mail & Guardian on Sunday she was not interested in petty internal politics at Eskom more than how the board was dealing with the energy crisis.

“I will not be interested in what internal politics happens around companies. Public or private. I am interested in bringing online the full power of Medupi by June,” she said.