Curated shopping for the style-conscious consumer 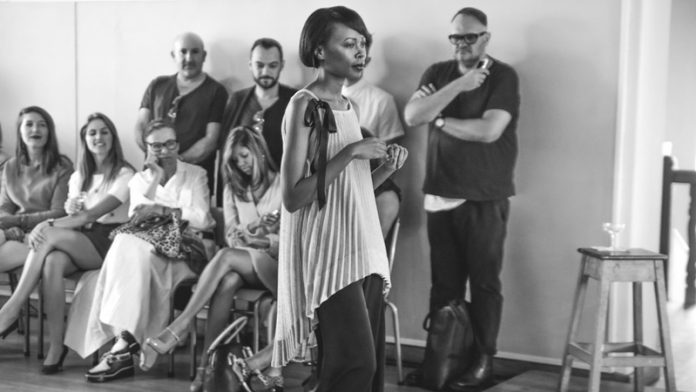 Curated consumption is increasingly finding a foothold in the marketplace as consumers demand experiences that combine authenticity and storytelling. It’s a trend driven by the sheer quantity of data that floods our daily lives constantly demanding our attention.

As Details magazine once quoted Steven Rosenbaum, author of the book Curation Nation: How to Win in a World Where Consumers Are Creators; “Nobody revels in being overwhelmed and so we start looking for people who say, ‘This thing you’re interested in? I will curate it for you.’ We’re like, ‘Okay, you’re my new best friend.”

After eight years at the helm of the South African edition of Elle magazine, Jackie Burger last year hung up those editor’s shoes but the love affair with fashion, style and womanhood continues. Her latest endeavour could be described as a magazine being brought to life.

Launched last month in Stellenbosch at an event attended by editors like Glamour‘s Pnina Fenster and recognisable style connoisseurs such as singer Lindiwe Suttle and actress Jena Dover, Salon 58 is about delivering a curated experience for women who are looking for something that “underwrites a sensibility of empowerment through conversation and conscious living”.

A gentlemen’s club for women? Perhaps that and more. “It was an idea triggered by a visit to Coco Chanel’s salon at 31 Rue Cambon in Paris as well as many beautiful engagements with women during my time as editor and being inspired to follow my passion by business and life coach Stanford Payne,” Burger tells the Mail & Guardian.

Salon 58 will host monthly soirées for women to get together, network and, of course, discuss things that are of importance to them. Style is intricately woven into this and serves as a departure point. Through relationships cultivated over decades working in the South African fashion and publishing industries, Burger seeks to foster collaboration and, at the launch, provided space for fashion designer Elaine du Plessis to launch her new label Drotsky. This follows a few years after du Plessis’ former label Christopher Strong closed up shop.

“We have laterally themed seasonal Salons and each one will call for aligned artists and artisans to participate. Curating the experiential content for each one is very organic and yielded from an incredible team of creatives that I work with. We gather to share ideas and work from a valued-shared collaborative base and not a singular directive.”

Burger adds that her time at Elle magazine was never about creating a legacy for herself but her belief in mobilising ideas that empower talent and create opportunities to stimulate growth and cultivate a cultural pride. This is something Salon 58 is positioned to continue doing.

“In my opinion the very essence of fashion has lost integrity and I hope to reconnect women with the language of clothing and the creativity and intelligence of design,” she adds. “We live in a high-speed, fast-download world with so much to do and so little time. The fashion offering is over-flooded with lookalikes and information overload blurring our innate ability to make intuitive choices. Salon 58 is a result of a personal need I wish to share: one based on a desire to have authentic conversations that illicit informed opinions, a yearning for edited and quality offerings free from the yardstick of ‘on trend or not’ and a pause for the senses to really embrace the art of beautiful living.”

Titled Allure, the art of being a woman, Salon 58’s first soiree for 2015 takes place on Saturday, April 18. Tickets are available via Webtickets. While the soirees are currently only taking place in Cape Town, Burger says she hopes to take her concept nationwide soon.