Bleeding ANC will still sing along with Zuma 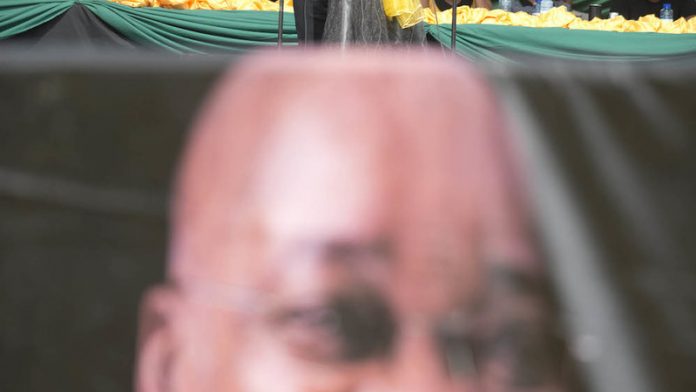 The ANC’s national general council is often a stage for the party president to gloat about his achievements, set the tone for the next national conference, whip his opponents and remind delegates that he is still in charge.

Then-president Thabo Mbeki did exactly that in Port Elizabeth in 2000, when he was at the height of his power.

He flagellated the communists for a lack of creativity and their reliance on century-old Marxist ideas. He also reminded delegates that the council was not an elective conference but a forum in which to review programmes.

“Accordingly, none of us will have to spend time lobbying for particular candidates and positions,” Mbeki said at the time.

But, in the process, Mbeki lit a slow-burning fuse. Five years later, the council was transformed and launched a rebellion against him. He was defeated as party leader two years later and was ultimately fired as South African president.

Zuma faced the 2010 council with some trepidation because the ANC Youth League president at the time, Julius Malema, and company were fuelling the fire of discontent.

But he prevailed and defeated Kgalema Motlanthe two years later, although Malema was still giving him sleepless nights.

Ever aware of how things can go wrong, the ANC is preparing for any eventuality at its upcoming national general council, scheduled for June in Midrand.

In the party’s internal national working committee report to the national executive committee (NEC) in November, it said: “This NEC is responsible for the success of the [national general council]. It should disabuse rumour-mongering that suggests that the [council] will be used for anything else but its constitutional duties.”

90/10 formula
Delegates to the council are determined according to a 90/10 formula – 90% of delegates are branch members and 10% are NEC members and Cabinet ministers. Influential businesspeople, ambassadors and artists are invited but may not participate in debates or help make decisions.

But the ANC also does not want too many guests, perhaps in a bid to bar plotters. NEC sources said there is a concern that some of those invited could seek to influence decisions taken at such gatherings.

Again, Zuma is facing the council as a weak president of the country – although as party leader, he has been emboldened and is confident that he will not be publicly humiliated.

So far, Zuma’s grip on the party has not slipped. His internal rivals are weak, fragmented and still sulking about previous hidings from big daddy. They won’t dare to challenge his running of the country and the party openly.

Instead, the party delegates will be his enthusiastic backing vocalists, with the singin’ and dancin’ president leading the national general council in song.

As a barometer of Zuma’s power in the party, it is instructive to look at the NEC. Of the original 80 members elected at Mangaung in 2012, some of whom have resigned, died or were dismissed, only an estimated half a dozen are strongly opposed to Zuma. But nobody is willing to admit to this, never mind going on the record about it, with its obvious career-limiting implications.

Of the nine provincial party chairs, most of them premiers, only Gauteng’s Paul Mashatile is not a pal of Zuma, who is firmly in charge. But the question is: What kind of party is he in charge of?

Zuma inherited a divided ANC from Mbeki in 2007, but the ruling party heading to the council is now terminally ill.

Back in the spring of 2011, ANC secretary general Gwede Mantashe bemoaned the ill health of the party. “This is pointing to the general problem of provinces only taking the need for branches to be in good standing when there are conferences, rather than ensuring that this is how the organisation should be.”

Not much has changed since.

Zuma leads a battered organisation, with all three ANC leagues struggling to run their programmes.

Dormant youth league
The youth league, which used to regard itself as a kingmaker, is dormant. Since the dismantling of all youth structures, a task team appointed to revive the league has failed to convene an elective conference.

The women in green have also not met to elect their leaders. The women’s league has postponed its conferences several times.

The body that represents the aged members of the party, those over 60 and with four decades of uninterrupted membership, is also in a mess. The veterans’ league cannot verify who has been a member long enough and who is old enough to qualify. Its president, Sandi Sejake, has also admitted that the organisation is broke and in disarray.

The national general council can be convened without the leagues because most delegates come from branches spread throughout the provinces, but many of these are not in good shape either.

Mantashe told the Mail & Guardian last week that all the party’s leagues will be convening their long-delayed congresses.

“The women’s league next month [April], the veterans in May and the youth league in June. Whether weak or not, I will not say.”

Mantashe denied that the provinces are in disarray, except for a few regions.

But in his November report to the party’s NEC he painted a gloomy picture. Of the nine provincial party structures, only three were stable or relatively stable, he said.

Mantashe said that speculating about the council before the NEC’s regular meeting this weekend would “mess up the meeting”.

Weak structures could diminish the ANC’s capacity to assess and review its programmes at the council. This, in turn, could affect policy-making at government level.

In 2007, the ANC elective conference in Polokwane decided that the government must take its policy cue from the party.

The past six years have been tough for the behemoth that has dominated South Africa’s body politic for two decades. Although its majority is decreasing, it is still far larger than any of the opposition parties.

Incompetent but politically connected individuals
With the local polls a year away, the ANC is likely to revive the long-standing issue of the number, size and shape of the provinces and municipalities at its council. Delegates might also discuss the election of candidates for next year’s municipal polls, a messy process that has previously led to incompetent but politically connected individuals weakening local government. The resulting backlash has been violent protests by angry voters.

Furthermore, the ANC’s response and attempts to tinker with its policy machinery have been undermined by events beyond its control. The economy is slowing and failing to create jobs, debt is rising and Eskom is battling to keep the lights on. As a consequence, business is not investing enough and is complaining about the ANC’s policy disjuncture.

Even where it has control, the ANC has allowed the mess to continue. Most state institutions and parastatals are dysfunctional because of bad appointments, infighting and interference from the top.

With the EFF threatening to grab land, the emotive issue is again featuring prominently on the ANC’s agenda. It has proposed a ban on foreigners owning farmland and wants to force farmers to share land with farmworkers.

Unisa’s political analyst Somadoda Fikeni believes it would be beneficial for the ANC to use the council as “a session for a brutally honest engagement” and to ask: “Why have we churned up so many policies but we are seeing little results?”

But the council’s role is merely to tweak its programmes; it is not a policy conference. Nevertheless, the focus will be on internal party dynamics and, as in recent times, one eye will be firmly on succession.

The North West ANC is already spearheading constitutional changes for the party to align its electoral conference with the ANC’s elective conference, which would mean extending Zuma’s term in the party for another two years. But it may face opposition to this idea.

The Eastern Cape’s Mlibo Qoboshiyane and Gauteng’s Nkenke Kekana said it was decided that the party leader elected two years before the country’s general election would automatically become its presidential candidate.

The date for the council has not been finalised, although it has been tentatively scheduled for June. Some in the ANC suggest postponing it to September to give the party more time to resolve its internal matters. It would also deprive headline writers of the “winter of discontent” cliché.

But whether the three extra months would be long enough for the ANC to be described as being “back on track” or having its “house in order” gives us the opportunity to roll out another old journalistic chestnut: it remains to be seen.