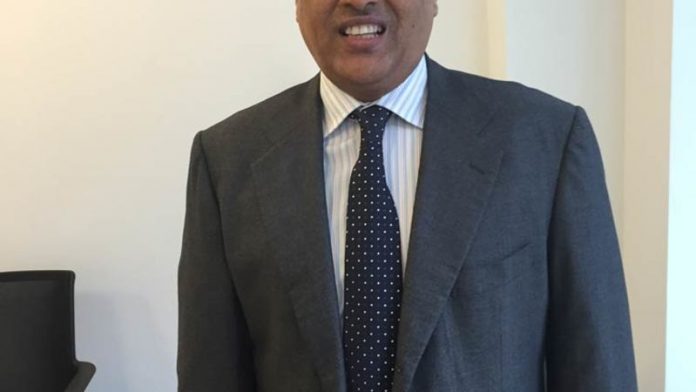 A London judge this week found the Djibouti government and its British barrister guilty of “deliberately misleading the court” in a case against opposition leader Abdourahman Boreh, and has lifted a $100?million freezing order on his assets.

On Monday, high court Judge Julian Flaux used much of his 83-page verdict to rage against Peter Gray of the law firm Gibson Dunn & Crutcher who, he said, had fallen “a long way short of the standard of professional integrity and candour which the court is entitled to expect of an English solicitor”.

The case dated from September 2013, when Djibouti President Ismaïl Guelleh retained Gray to apply for a freeze of Boreh’s assets, saying he was involved in terrorism.

British law allows courts in Britain to freeze the assets of anyone found guilty of terrorism, regardless of where the act took place.

Tampering of evidence
But Flaux, who initially granted the freezing order, found that telephone transcripts used as evidence had been tampered with.

In one call Boreh and a contact talk about “scrap metal” and an act carried out “last night”. Gray said the recording was made the day after a grenade attack in the capital, Djibouti City, but it emerged the date on the papers had been altered and the discussion had taken place before the blast.

Boreh has always maintained the term “scrap metal” was code for political leaflets and Flaux accepted this, and asked how a reference to “last night” could possibly refer to an attack that had not yet happened.

But his ire was directed at Gray and United States law firm Gibson Dunn & Crutcher, whose British partner, Lord Charles Falconer, has apologised to the court.

Falconer was lord chancellor in Tony Blair’s government; as young lawyers in the 1970s, he and Blair shared a flat in London.

Monday’s hearing was to decide whether Gray had made a genuine mistake or had been aware of the date change. Flaux said he believed it was the latter and accused the lawyer of “fudging”.

The evidence, he said, was “evasive and misleading and deliberately so” and Gray had “sat through the entire hearing with that knowledge”. The judge not only lifted the freezing order against Boreh but also refused to entertain any further application from Djibouti, saying it had not come to court “with clean hands”.

Boreh ‘deeply grateful’
In his home country, Boreh has already been tried in absentia using the same transcripts and confessions from witnesses, some of which were extracted by police after hours of interrogation and, allegedly, torture. He was sentenced to 15 years in prison.

After Monday’s hearing, Boreh said he was  “deeply grateful to judge Flaux  for clearing my name”.

“The last years have been truly devastating for me and my family,” he said, adding that, in pursuing the case, the Djibouti government had spent “tens of millions of dollars while people are starving”.

Djibouti is a de facto one-party state, where Guelleh controls all 65 seats in Parliament.