Punch-drunk Eskom at a standstill 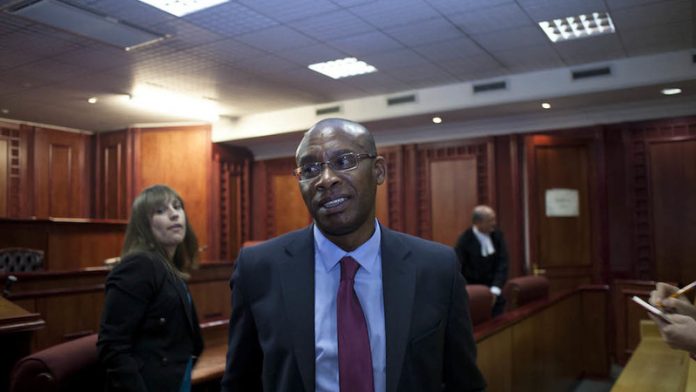 Eskom’s management is approaching a state of paralysis – and that could lead to a cold, dark winter.

A complicated battle is going on at the top of the company and normal rules do not seem to apply, but who exactly the factions are and what they are fighting about isn’t known, but employees say the pause button has been hit on anything that could be contentious.

“Everything is at a standstill,” a mid-level manager told the Mail & Guardian this week. “Nobody is willing to sign off anything because they know the bosses have been suspended, but they don’t know why and they’re not taking any chances. Nobody is making a decision.”

The timing is terrible. The end of autumn, up to mid-May, is an important maintenance window for Eskom. During the Easter holidays electricity demand is muted, allowing equipment to be taken offline and prepared for the demand spikes that come with cold weather and shorter days. But political confusion is causing indecision, which is causing delays, and those delays cannot be afforded.

Wildcat strike
Contract workers at the Medupi power station this week went on a one-day wildcat strike on Wednesday, complaining about bonuses and conditions. Medupi started feeding power into the grid for the first time this month, but this was halted, which contributed to the electricity shortage that saw loadshedding taking place on Wednesday.

But insiders say that the visible strife and a temporary stoppage is inconsequential compared with the effect that a failure to do seasonal maintenance would have, especially if the confusion about top leadership continues and if negotiations about a transformation plan in the utility runs into trouble.

“People are worried about losing their jobs,” an engineer said. “If you tell them now to run the machines hard to keep the lights on, some will do it even if they know that machine is going to explode.”

Eskom is discussing a transformation plan with the unions, which, according to them, will see thousands of jobs being lost throughout Eskom. The utility’s stated intention is to reduce its proportion of white employees but, according to people privy to discussions, there are concerns that Eskom’s dire financial situation could see retrenchments going much further.

Managers cite a number of reasons for the prevarication taking place, but they all come down to the uncertainty caused by the battle between the Eskom chairperson Zola Tsotsi and his board, and what at times appears to be a battle between Tsotsi and the suspended chief executive Tshediso Matona, with the government always hovering in the background.

Decision-makers at plant and provincial level say they fear the consequences of acting on instructions that came from head office this week, which is apparently being run by Tsotsi, if he is ultimately ousted by the board. Similarly, they dare not assume that Matona’s last orders have any standing, because he, in the words of one, “could not have been kicked out for no reason”.

At the same time, there are strong indications that not everyone agrees about the state of the electricity system, or how it got there, and there is a feeling of a witch-hunt in the air.

In mid-January, Matona, in a briefing on the state of the electricity system, told the nation that Eskom had neglected maintenance for many years in favour of keeping the lights on, and would now have to pay the price for it. At the time, he had been chief executive for less than three months.

Long-term stability
At the same briefing, Tsotsi, who had been Eskom’s chairperson for many of the years Matona was referring to, said the need for maintenance had not come as sudden realisation and that, in April 2013, the board had decided that the long-term stability of the electricity system should take precedence over attempts to prevent loadshedding.

Not long before that, President Jacob Zuma had blamed the electricity shortages on apartheid and the government’s subsequent success in connecting previously disadvantaged people to the grid.

Word spread through Eskom ranks this week that Matona had been suspended on suspicion of sabotage, which set the cat among the pigeons. Plant managers asked, if equipment they were responsible for broke down because of a lack of maintenance, could they likewise be accused of sabotage? If they managed to keep the lights on at the cost of later blackouts, would that also be seen as sabotage?

The rumour about the reasons for Matona’s suspension was partially born out in a hearing in the Labour Court in Johannesburg on Thursday, at which Matona argued for an urgent interdict to allow him to return to work. His counsel, in a throwaway remark, which was akin to an “unexploded bomb”, said the suspension notice Matona received spoke either of negligence or an intentional interruption of the power supply.

But Matona’s legal team claimed that the justification to suspend him, and all the reasons given for his suspension, had been made up after the fact. Tsotsi had decided to remove Matona and had done so without satisfying either contractual or legal requirements, said Andrew Redding, Matona’s advocate.

“They do not want a continuation of the unreliable information,” Eskom’s advocate, Paul Kennedy, said. “That would be extremely dangerous.”

The court was expected to deliver a verdict on Friday.

Low-key engineer keeps his eye on the ball

By all accounts, including those now before the Labour Court in Johannesburg, Eskom chairperson Zola Tsotsi pulled off something of a boardroom coup at the electricity parastatal.

At the end of February he faced a board that would not agree to a proposed outside investigation into Eskom. In less than two weeks that inquiry had not only been approved but four top executives had also been suspended to allow it to continue unimpeded and Tsotsi, the nonexecutive chairperson, had a hand on the levers of power.

Those who have worked with Tsotsi over the past three decades are at a loss to explain how he would achieve such a feat. They describe a man who is competent without being afflicted by genius, political or otherwise, or any notable charisma.

“He did what he needed to do and then he’d go,” said a person at a company with links to Eskom. “I can’t tell you anything good or bad about him. He was pretty average.”

The one positive character reference of Tsotsi to be had is of his passion for golf and for broader access to the sport.

“He’s actually a very passionate golfer,” said Hannes van Niekerk, who heads the Ernie Els Foundation, where Tsotsi served as a trustee and which focuses on young golfers. “He was very passionate about the development work we’re doing, finding talent and assisting kids.”

Tsotsi’s career progression tells a story that cannot be described as indifferent. In the 1980s he parlayed a background in chemical engineering and project management with an American group into a position of influence in Lesotho, ultimately working closely with the government of that country in electricity regulation and in the Lesotho Highlands Water Project.

From that small pond he made the leap into Eskom with an environmental management job in 1995. Within years he had forged close relationships with empowerment players such as Torre Technologies, a holding company that Eskom presented to other companies as a potential black partner.

At the same time, and perhaps not unconnectedly, Tsotsi paid his dues in a Johannesburg branch of the ANC. – Phillip de Wet