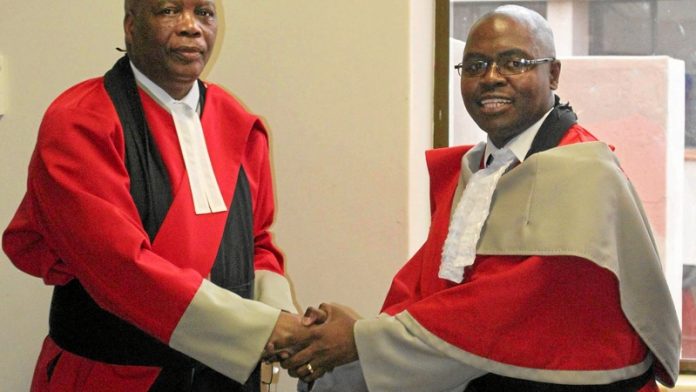 At first sight it looks like any other judgment from the high court of a neighbouring country. And then you realise that the Michael Ramodibedi who is appealing a case against a decision of the Swaziland tax authorities is none other than the chief justice of that country.

Ramodibedi has been mired in controversy for a number of years. He has held leading positions on the bench of several countries at the same time, quit his job as top judge in Lesotho after he was threatened with impeachment inquiries there, and has been accused of human rights violations in Swaziland. But this is the first time he has personally taken on the tax authorities — and he has won a resounding victory.

The judgment, delivered at the end of February and written by Judge Mpendulo Simelane, is in itself a matter of some controversy.

It’s not the first time Simelane has been asked to recuse himself. As in all the other matters, he refused to stand down.

Among other internationally condemned decisions, Simelane jailed two human rights activists, a lawyer and a journalist, for allegedly criticising Ramodibedi.

In his tax case judgment Simelane said argument for his recusal was “deeply flawed” because “the judge presiding in this matter [meaning himself] is not a party in the instant matter”. He also had no direct and substantial interest in the matter and was merely executing his duties as registrar when he wrote the letters and convened the meetings, he said.

The tax authorities had “resorted to this strategy to obstruct the hearing of this appeal”, he concluded, adding that he also refused an application for postponement of the case.

As part of the decision Simelane reproduced the full agreement signed between the government and Ramodibedi for his period of office, 2010 to 2012, including salary and benefits.

At that stage Ramodibedi was being paid R370 000 annually, with increases tied to those of other public servants. Among his benefits he was entitled to a chauffeur-driven government vehicle; an entertainment allowance of 5% of his basic monthly salary; an “inducement allowance” of 10% of his annual basic salary; and a government house “commensurate with his status” or a housing allowance of 15% of his annual salary with water, electricity and refuse removal costs all carried by the government.

The government would pay for a domestic helper and a gardener. If he stayed until the end of his contract he would get a gratuity of 25% of his “total salary and inducement allowance” and he would get this gratuity even if the contract was renewed.

The tax authorities reckoned this meant he was paid a gratuity of R390 305.32 and they deducted roughly R129 000 from the gratuity in tax.

Ramodibedi then asked why his gratuity had been taxed in the first place.

In their reply the tax authorities refer to an “audience in his chambers” at which the issue was -discussed. This was followed by further correspondence between them, in which Ramodibedi said he had “always taxed at 15%” and asked why there had been a sudden change.

The tax authorities replied that he was not regarded as a nonresident, that “remuneration” included “bonus and gratuity” and that the gratuity formed part of the income received under his contract. It was therefore taxable at the relevant rates laid down in the tax schedules. The fact that he had been previously taxed on another basis couldn’t prevent the commissioner general from correctly applying the law.

At this the chief justice lodged an appeal saying, among other things, it was unconstitutional to change his tax rate from the beneficial rate he had always enjoyed.

In their court papers the tax authorities repeated their view of the tax payable by Ramodibedi. They also said the chief justice had not filed a proper objection as required: he was legally obliged to file an objection within 21 days of an assessment, in writing, and in specific detail and format.

This had not been done. The registrar (Simelane) had written a letter to the tax authorities with certain questions. It should have been written by the chief justice himself and it wasn’t even an objection but rather a letter seeking clarity.

Further, the tax authorities should have been given 21 days notice of a hearing, not just three days as happened.

In his judgment Simelane made no reference to whether the objection had been properly made: perhaps because this would have involved making a ruling on whether the letter Simelane had written was valid as notification of a tax objection.

He said the gratuity was not a voluntary award but a payment the government had to make; that the tax authorities were “merely clutching at straws” and distorting the law; that it was indeed unconstitutional to change the chief justice’s tax rate; and that the legislature did not authorise the tax authorities to make illegal claims against taxpayers by demanding tax where it was not due.

He upheld the appeal, declared the gratuity “not taxable”, that Ramodibedi’s tax rate was 15% “as has always been the case” and ordered the tax authorities to pay back the money at 9%.

The order in favour of the chief justice came with an extra sting: a punitive cost order against the tax authorities “as a mark of the court’s displeasure at their harassment” of Ramodibedi, including their “abuse of the court process as well as their inordinate delay in keeping [him] out of his money”.

But there’s yet another twist to the tale: the tax judgment in favour of Ramodibedi was delivered in the high court on Thursday February?26. The very next day Simelane sat as an acting supreme court judge, with two other supreme court judges, including the chief justice, to hear an appeal involving the tax authorities, according to local media in Swaziland.

Flushing toilets were installed in backyards in the North West, but they can’t be used because the sewage has nowhere to go
Read more
Opinion