Tsotsi: JZ told me, ‘do what you need to do’ 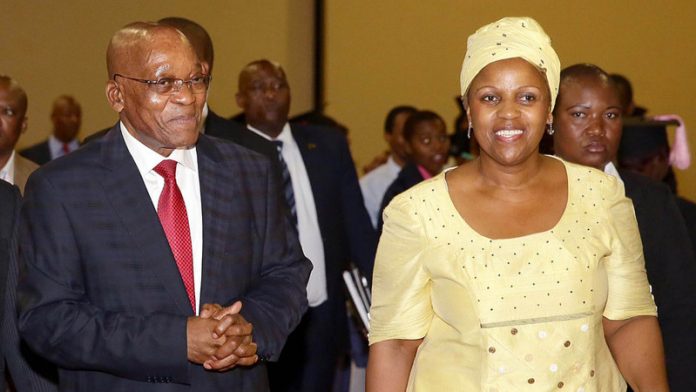 Eskom chairperson Zola Tsotsi says President Jacob Zuma backed him when he said he wanted to set up an inquiry to investigate “rot” at the power utility.

In an interview with amaBhungane on Thursday, he sounded off on the extraordinary face-off between him and other board members, defending his call for an inquiry into what he said was rot in Eskom procurement.

Tsotsi said Eskom executives are “using” some board members and Public Enterprises Minister Lynne Brown in an effort to upend the inquiry so that certain issues will be “covered up”.

Tsotsi announced earlier this month that the board had resolved to suspend four key executives, including chief executive Tshediso Matona, and initiated an inquiry into the company’s affairs.

Matona has challenged his suspension in the labour court.

But in an apparent volte-face, board members approached Brown last week, indicating that they wanted to have Tsotsi removed. After a heated meeting on Wednesday, the directors agreed to postpone the decision to Monday.

It has also been reported that some directors had rejected the terms of reference for the Eskom inquiry. These were drafted by consultant Nick Linnell, a Tsotsi appointee who is central to further allegations against the chairperson.

This week Business Day reported that Tsotsi had appointed Linnell on Zuma’s personal recommendation, and that when Tsotsi motivated to suspend the four executives, he did it “at Zuma’s bidding”.

Tsotsi said this characterisation was unfair, but he confirmed key parts of the story.

Explaining Zuma’s role with a wider background, Tsotsi said: “What happened was [that] I have been asking for this inquiry for a long time, since the days of Brian Dames [the Eskom chief executive until March 2014]. But I have been told that I am interfering with the business.”

He said the company has many problems: “I see a lot of rot.” In particular, he pointed to Eskom’s primary energy division, which is responsible for sourcing the fuel needed to generate electricity.

Tsotsi said: “I even called a meeting of the entire primary energy division.” At the meeting, which he said was attended by Koko, he said that he told the team that they were embarrassing Eskom by taking too long to execute a ministerial directive to buy coal from junior black miners.

But, Tsotsi said: “Matshela told me that I was interfering with the business.”

Tsotsi went on to detail an acrimonious dispute between himself and Koko – who he accused of incompetence – over Tsotsi’s role in an Eskom contract with Japanese firm Sumitomo (See ‘ Tsotsi and Eskom executive at war over tender‘).

Recently, Tsotsi said Zuma asked him at a social gathering: “How are things going in the company?” Tsotsi said he used this “opportunity to indicate to the president I have been asking for this inquiry for a long time”, but that executives were resisting the call.

“The president was very clear that if I think it is the right thing to do, then I must do it.”

In an SABC interview on Wednesday night, Zuma voiced support for the Eskom inquiry and the suspensions.

Tsotsi said: “Linnell was mentioned to me as someone who could get involved.” But he denied this recommendation came from Zuma, as has been suggested, saying: “I doubt if the president even knows who Linnell is.”

But one board member has independently confirmed to ama­Bhungane that Tsotsi told the board Zuma wanted Linnell.

Linnell, who runs a Cape Town consultancy called the Project Office, declined to say who had approached him to co-ordinate the Eskom investigation.

He told amaBhungane: “It is not for me to share that, but I put the proposal together and sought Mr Tsotsi’s buy-in as the chairperson.”

However, Linnell is known to be on good terms with SAA board chair Dudu Myeni, who is known to be personally close to the president, and amaBhungane has established he was brought in by the SAA board to manage the investigation of allegations against SAA chief executive Monwabisi Kalawe.

Kalawe was suspended and is currently involved in a disciplinary proceeding as a result of the investigation co-ordinated by Linnell.

A source close to the process said Linnell acted as the SAA board’s go-between with law firm Edward Nathan Sonnenberg, which conducted the forensic investigation of Kalawe.

Linnell also served as an “adviser” to Myeni in her role as chair of Mhlathuze Water. He failed to respond to questions about his role at SAA or Mhlathuze.

Tsotsi confirmed: “I came to know of Linnell because of the work he did at SAA.”

Linnell told amaBhungane he was approached about a week before the dramatic board meeting on March 12 that saw the suspension of Eskom’s top officials and the announcement by Tsotsi of the external inquiry into Eskom.

He said the board agreed to select him without a tender based on “the need to commence [with] the inquiry immediately, complete it within three months and to be independent of all internal structures and previously directly or indirectly engaged professional advisers”.

Linnell’s appointment without tender is reportedly one of the complaints that board members have subsequently raised against Tsotsi.

Linnell said his mandate was “to co-ordinate an urgent in-depth independent inquiry”, but that no formal contract was signed because of board members’ subsequent unhappiness about the probe.

“A further meeting as recently as this week was also scheduled by [a board subcommittee] to discuss the terms of reference with me and then again cancelled. To this day I am still unclear of the reasons for objections to the proposals.”

Linnell said he would have led an independent, credible and incisive probe: “The pity here is that there is clearly a need for an in-depth inquiry. Clearly all is not well at Eskom. I would confidently have ensured that we identified the most material issues and put them up for everyone to see. That might now not happen.”

AmaBhungane contacted numerous Eskom directors this week, but they declined to discuss the dispute.

Tsotsi was also reluctant to offer details, but said: “This thing is pretty involved. Some board members are colluding with people who have been suspended.

“They are putting pressure on the board members to try to sideline the inquiry.”

He said that they were resisting the inquiry in order to “cover up” certain issues and were “using” the current board and the minister.

In response, Brown’s spokesperson, Lionel Adendorf, said: “The minister welcomed and supported the decision to launch an investigation after the decision was made by the board.”

A source sympathetic to Tsotsi, who has direct knowledge of events this week, said that Wednesday’s board meeting adjourned at about 9pm after three hours of “fighting”.

He confirmed that the resolution to remove Tsotsi as director remained on the table, but said that the board agreed to postpone its deliberations to 8pm on Monday. Had the board not agreed, Tsotsi would have brought an urgent interdict on Thursday to prevent his removal, he said.

He pointed out that section 71 of the Companies Act allowed a board to remove a director without shareholder concurrence – in this case Brown’s – but that such a decision was reviewable in court.