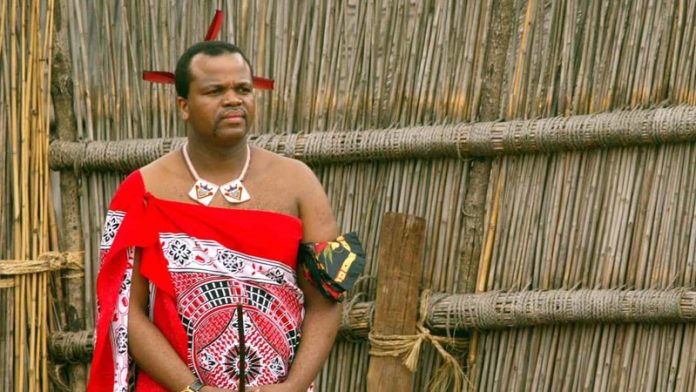 Human rights lawyer Thulani Maseko has again rattled the Swaziland government – this time from jail after he wrote a letter that appears to have upset the monarchy and resulted in solitary confinement as punishment.

Sentenced to two years in prison, Maseko was accused of contempt of court together with the editor of the Nation magazine, Bheki Makhubu, for writing and publishing articles on threats to the independence of Swaziland’s judiciary.

In one article they criticised Chief Justice Michael Ramodibedi’s handling of a contempt case against Bhantshana Gwebu, the government’s chief vehicle inspector who had detained a car that was carrying former high court judge Esther Ota.

Last week, to mark the first anniversary of his detention, Maseko wrote a letter he titled “We are not deterred”. The letter was widely published outside the country; none of the Swazi papers ran with it.

In his letter Maseko calls the government “evil” and implores others to unite for a new Swaziland. “We need to unite around a discussion table to negotiate the birth of a new democratic society.”

He draws parallels between Nelson Mandela’s imprisonment and his own, saying the authorities can keep him and others fighting for democracy in jail “but they can never arrest our ideas”.

Maseko also writes that the prison conditions are harsh – food is poor and they sleep on canvas mats.

Prison visit
After the letter was published, Maseko’s wife, Tanele Maseko, says she and his lawyers, Mandla Mkhwanazi and Sibusiso Nhlabatsi, had tried to visit him on March 20 at His Majesty’s Big Bend Prison but “the reception was terrible. Just to try and sign in the visitors register took us about 45 minutes; it’s a process that usually takes no more than two minutes. We were sent from pillar to post between the guards who passed us along among each other but none let us through,” she told the Mail & Guardian this week.

She was not allowed to see her husband and was told by a prison officer to leave. “The officer who saw us last was mean and rude. He said, ‘Madam Maseko, you will not like it if we have to remove you forcefully’.”

Prison guards did confirm, however, that Maseko was being held in solitary confinement for writing the letter.

“It’s very difficult for me because I don’t know how he is being treated. We can’t see him. I am worried because they want to break his spirit because he is a writer and reader. All reading and writing materials have been taken from him.

“Thulani is not a criminal. We are faced with these injustices and we feel oppressed,” Tanele said.

There is a growing view that the South African government should put pressure on Swaziland to ensure Maseko is treated properly.

SA ‘has a huge role to play’
Jeffrey Smith, Africa specialist at the Robert F Kennedy Centre for Human Rights, said South Africa should not be silent and could influence Swaziland’s government to act democratically.

“King Mswati’s regime is propped up by the Southern African Customs Union, which, in the past, has provided as much as 75% of all government revenues. South Africa has a huge role to play in terms of holding the regime accountable.”

“Journalism is not a crime and freedom of expression is protected by Swaziland’s own Constitution.”

South Africa’s department of international relations said in written responses to the M&G that it notes the imprisonment of Maseko and encourages the government and the kingdom of Swaziland to start an inclusive political dialogue process with a view to resolve the challenges facing the Kingdom. It further said South Africa expects that Maseko will be treated fairly as Swaziland is a signatory to international conventions.

Attempts to get comment from the Swazi government’s spokesperson, Percy Simelane, failed.

Nhlabatsi said that efforts in the past year to appeal the ruling had been frustrated by the courts. In November the Supreme Court of Appeal said Maseko’s case had not been transcribed. But the same court freed another man whose case had not been written up, saying that no prisoner should be punished for the court’s inefficiency.

Maseko is due for release on July?16 but Tanele fears he may be held for longer because of the letter.

If Maseko is released, will he and his wife leave the country?

“No,” says Tanele. “We are citizens of Swaziland. This is our home.”