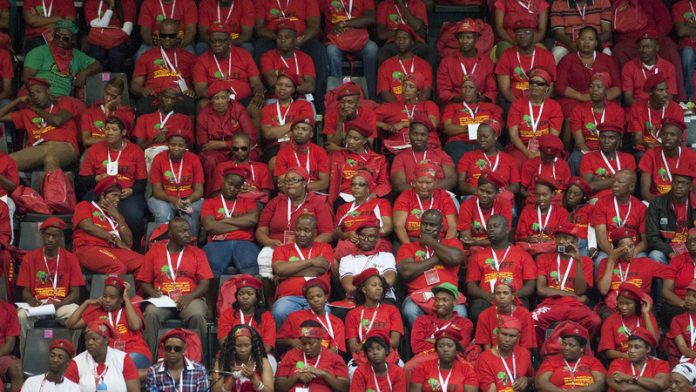 The Economic Freedom Fighters (EFF) on Saturday explored the possibility of creating an association of radical lawyers who will take up civil litigation on behalf of disadvantaged communities.

Held under the theme Lawyers for Economic Freedom, the summit in Midrand, Johannesburg, looked into community issues that should be litigated and transformation in the country. About 50 black lawyers from six provinces, some of whom were not members of the EEF, attended the summit.

Chairperson of EFF Dali Mpofu, whose office organised the summit, told journalists there was room for a lawyers’ association that would be aligned to the party, in the same manner the National Association of Democratic Lawyers associated itself with the ANC.

“There are existing organisations, but obviously they come from a different ideological orientation. It would be interesting to bring … people who come with a socialist orientation, who are going to look at issues of human dignity differently from the current organisations.”

“A lawyer who’s not happy with rules as they are, who tests the boundaries of legalities. When something happens you don’t just say it’s supposed to be like that.

“It’s the type of lawyer who thinks outside of the box, creative and not selfish and [seek to] emulate lawyers like Nelson Mandela and Oliver Tambo, who didn’t think about law as changing one client at a time but changing the whole society.”

Mpofu agreed to a suggestion that legal groundwork should start as soon as possible to litigate evictions of farmworkers in parts of Free State.

Evictions
Mosebetsi Mofokeng, an advocate practicing in Free State, told the summit about orchestrated evictions of farm workers by farm owners in the province. He said the evictions were currently at their peak.

“There’s a sharp increase of [farm dweller] evictions in the Free State now. As I’m standing here somebody is being removed somewhere at a farm in the Free State. I had hope that a solution would come,” he said.

Farmers are evicting farm dwellers as a reaction to the 50:50 land ownership government proposal land affairs minister Gugile Nkwinti announced late last year, said Mofokeng. Nkwinti proposed that 50% ownership of all farms in the country should be transferred to farm workers.

“The sharp increase happening now [of evictions] is primarily due to reckless statements that were made by the minister of land affairs. The 50:50 arrangement was just proposed without ensuring that people that are already there in the land are protected. You can’t just say we’re in discussion of coming with 50:50 ownership and you don’t protect the [farm workers].”

Mofokeng proposed an ad hoc committee to look into the evictions. It might already be too late to assume such work only when an association is formed, he said. “I can tell you now, if you are going to wait for the next six months by that time over 70% of people that are residing in farms in the Free State will not be there.”

To short-lived laughter, Mofokeng said: “I’ve never seen so many lawyers on a Saturday. There are so many lawyers here. I’m saying rather than waiting for anybody let’s just start now.”

Reaching out to the communityMpofu, a senior counsel, there was “no doubt we should have a small committee of people” to begin the work. “I can even volunteer myself.”

Mpofu said they aimed to reach out to rural communities, and “maybe have community clinics”. These would offer legal advice to issues including land claims, consumer protection and blacklisting.

Black lawyers
But the pool of lawyers prepared to work in rural and township communities was too limited because universities enthuse students to practice at big firms and “not your Tshabalala attorneys”, said Vusi Nyabane.

Lack of black academics at universities caused this, Nyabane, a fourth-year law student at the University of Johannesburg, told his seniors at the summit.

“I don’t believe in the nonsense that we’re incompetent. We need to make sure that we climb the ranks and we occupy [the academic] space. The liberal education is not doing justice.”

Nthuse Lebepe, an advocate based in Polokwane, Limpopo, said lawyers who’ve taken up membership of the EFF should publicise civil litigation they are involved in as work undertaken on behalf of the party.

“When you do these things people must know you’re doing them under the umbrella of the EFF. For example, now I’m busy with the case of Jeppe College pro-bono for students who were given qualifications that are not accredited. I’ve taken five students, and I’m hoping to take more, on pro-bono,” said Lebepe.