Songeziwe Mahlangu: a shadow of a writer 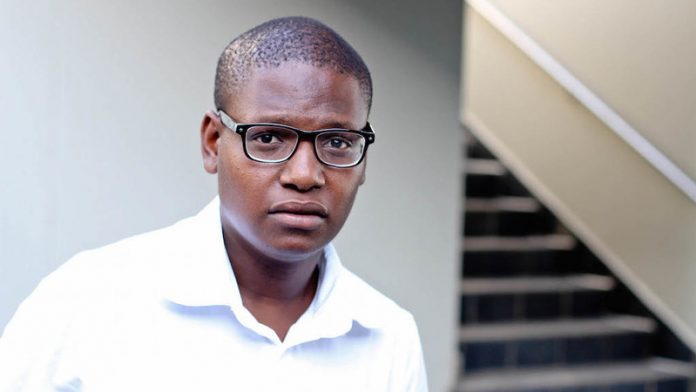 For the record, my interview with young author Songeziwe Mahlangu was in the form of a questionnaire emailed to him, and the answers dispatched back, all through his publishers.

The reason given for this was that publicists at Kwela Books had “instructions” not to give out Mahlangu’s contact details because the winner of the 2014 Etisalat prize for literature is not fond of the limelight.

In all fairness, Mahlangu hit where it hurts most when I asked what inspired Penumbra, his debut novel: “The story was triggered by a mental breakdown I had prior to the writing.”

“This is not how things are meant to be” is the opening line of Penumbra, words that are certainly loaded with meaning.

Nonetheless, Mahlangu rose above scores of other first-time published authors across the African continent to win the Etisalat. The award includes £15?000, a book tour of three African cities and an Etisalat fellowship at the University of East Anglia, famed for its creative writing courses. The sponsors have also bought 1?000 copies of Penumbra for distribution to selected schools across Africa.

To find out just what feeds Mahlangu’s fertile mind, one had to conduct this strangest of interviews through a middleman. Asked “Would you say you are somewhat part of the main character or some other characters?”, Mahlangu replied: “I drew a lot from my life experiences in the book. Yes, there’s a lot of me in the book. The characters are based on real people.”

Indeed the “me” in the novel could be the main character, Mangaliso Zolo, who suffers from severe depression to the extent that he was taken to a psychiatrist. But one suspects Zolo’s drug and alcohol abuse could have been spiced up to create a stronger main character. Or was it?

Mahlangu said his interest in creative literature started during his high school days. “In high school I felt I had the depth to be a writer. When I got introduced to poetry I felt it was something I would do, as I believe I had the sensitivity required for it,” he explained.

Mahlangu grew up in Alice in the Eastern Cape in a home that, by his own admission, was not filled with books. There were no other writers or artists in his immediate family that he knew of.

Has Mahlangu ever received the dreaded “rejection” letter from publishers? His answer: a simple “no”.

Surely the Etisalat draws attention to someone who is clearly a deeply private person? Mahlangu replied: “There was a lot of buzz in Nigeria [where the award was announced]. I would not say it affected my privacy.”

Predictably, Mahlangu, like most writers of creative literature, said he only discusses writing with people who are interested in the subject. He also mentioned Ester Levinrad, the editor who worked with him during the manuscript stages of Penumbra, and acknowledged his gratitude to her.

Beyond creative literature, Mahlangu said he would like to try his hand at screenwriting, with specific reference to television rather than the big screen.

His best time for writing is in the morning, Masande Ntshanga is his favourite local writer, and he is currently reading Stephen King’s The Dead Zone.

So, what’s next for this author who until now has worked as a fund accountant? The award, he said, means that “I can continue writing”.

Johnny Masilela is the author of the novel We Shall Not Weep (Kwela Books).

As refreshing as Mahlangu's writing may be, a fellow writer highlights a few technical flaws in the penning of his prize-winning "Penumbra".
Read more
Business

BlackBerry users across Europe, the Middle East and Africa were hit with internet service disruptions again after a glitch on Monday.
Read more
World

Indian police arrested the former chief organiser of the Delhi Commonwealth Games on Monday as part of a crackdown on corruption.
Read more
Advertising
Continue to the category
Education