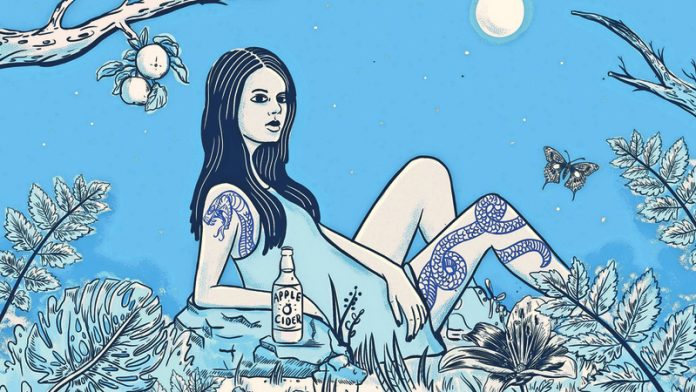 It was that hussy Eve who started it all. Living large in the Garden of Eden, untrammelled by sin or clothes or debit orders. It could all have been so different.

But Eve and her malfunctioning impulse control just had to go and do the one thing she wasn’t supposed to: eat that damn apple. It wasn’t like there weren’t other fruits around. It was a garden, for heaven’s sake. There was basically nothing but fruit, and maybe a few legumes – pretty much everything on the Banting “orange” list.

Eve screwed women. And men, too, of course. She was the original sinner.

But people seldom talk about the fact that the serpent that tricked her into eating the apple is usually described as male. Or that, when God confronted Adam about the apple fiasco, he threw Eve under the bus immediately, even though he had also taken a big old bite of that apple quite happily.

Eve’s punishment would be meted out to all women: we would give birth in pain forever, or at least until the advent of modern epidurals. We’re led to suppose that, if Eve hadn’t eaten the apple, childbirth would be about as much hassle as flossing your teeth. This does seem a bit unlikely given the mechanics of the whole thing, but who knows?

Kangaroo pouch
Maybe if she hadn’t indulged in her fruity snack, we would be plucking children out of ourselves like an ingrown hair. Maybe we would have gestated them somewhere more accessible and convenient, like a little kangaroo pouch.

Some readings have it that Eve’s further punishment was menstruation: to bleed in discomfort each month, to be shunned from society while it happened and, later, to have to endure extremely embarrassing TV adverts for pads with wings. Sometimes people helpfully call periods “the curse”, just to remind women why it’s happening to them.

It didn’t help that medieval nuns sometimes stopped menstruating because of their deprived diets, which was a useful illustration of the link between bleeding from your vagina and living in sin.

To conclude this historical excursion: this is essentially why you have to take your whole handbag to the toilet when you have your period instead of confidently marching through the office brandishing a tampon for all to see.

Eve may have been one of the first women given a raw deal by religion, but she certainly wasn’t the last.

Case in point: it’s the 21st century, and we’re still fighting over whether Jewish woman are allowed to pray at the Western Wall. A women’s inheritance rights, according to Islamic principles, are still unequal to those of her male relatives. Women can be fighter pilots and neurosurgeons and presidents – in some countries, though apparently not ours – but they still can’t be Catholic or Mormon priests. They can’t be rabbis within Orthodox Judaism or lead mixed-gender prayers in most mosques.

Religious bodies routinely get a free pass when it comes to employment discrimination laws, which must make other sexist industries quite jealous.

But why would we need more women as religious leaders when the men we have are doing such an upstanding job?

Take our own popular televangelist Pastor Mboro, who ministers to women in a way that curiously resembles a sex crime. Mboro has previously been reported to the South African Human Rights Commission by Sonke Gender Justice for publicly digging into women’s vaginas to heal them, as well as once kissing a minor to heal her of sores in her mouth and then saying he would like to kiss her all day because her lips were so soft.

Let’s concede that religious-based gender discrimination isn’t the case uniformly. Progressive denominations exist in all religions, where women can walk around on two legs and occasionally flash a glimpse of scalp. But it’s disturbing that, when the case is made for why women should be treated as full human beings, it’s often not done by appealing to fundamental human rights. Instead, it’s achieved through a process of torturous historical revisionism: picking through ancient holy texts for clues that maybe early prophets didn’t hate women as much as we thought.

It is monumentally unfair that women are often treated so poorly by religion because, by and large, they are the ones who sustain the whole shebang (or should that be “hebang”?) Research has consistently shown that women are more likely to believe in God, to pray regularly and to involve themselves actively in congregations.

Even in the Bible, women are sometimes portrayed as more devout than men. Jesus’s male followers deserted him at the Crucifixion whereas the women stayed, stood guard and bathed his wounds.

Religion is just one of the institutions on which patriarchy is sustained – but the ongoing, all-day patriarchy party is much bigger than religion. Look no further than the group they call the New Atheists: a dude-dominated clique of aggressively secular writers and thinkers.

One is Sam Harris, who suggested in an interview in September 2014 that most atheists were men because atheism lacks an “oestrogen vibe”.

Another is Christopher Hitchens, who publicly advocated the view that “women just aren’t funny”. And a third is Richard Dawkins, who last year took to Twitter to say that women who had been out boozing couldn’t be considered trustworthy on the subject of whether they had been raped.

Between the rock of religion and the hard place of New Atheism, it’s enough to drive a woman to drink. Apple cider coming right up.

Rebecca Davis is a writer for Daily Maverick. Her first book, Best White (And Other Anxious Delusions), will be published by Pan Macmillan in May

Badges of faith in the time of signs

Year 2015: The Naafians have landed. Flee or fight?

The living march, lest we forget

When art and the Bible meet, nothing is sacred

Holy hair: The long and short of it

Been there, seen it, believe it