Writing’s on the wall for Robin Rhode 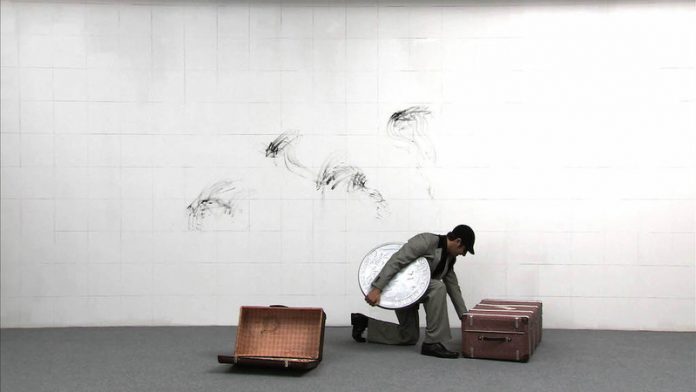 What is it about “the artist” that still beguiles us today? Can we still talk of the artist’s “spirit of … both flame and fever” that JM Coetzee refers to in his novel Youth? Or has the artist merely become an investment outlet as opposed to a conveyor of truths, be they social or sensible?

The art world seems not only to have squelched the artist’s transgressive soul but also the performative veneer that, more often than not, remains with us. However, this is not the impression gained after my meeting with Berlin-based South African artist Robin Rhode, whose show Recycled Matter is on at Johannesburg’s Stevenson Gallery.

Rhode made his mark on the local and international art scene as an interdisciplinary artist who works in various media. Using the wall as the motif and canvas on which performances are enacted, Rhode has graced many exhibition platforms around the world.

He was the youngest artist to participate in the Venice Biennale in 2005 and his work has been part of exhibitions at venues such as the Centre Pompidou in Paris and the Museum of Modern Art in New York. He also presented a solo exhibition at the Hayward Gallery in London, alongside a retrospective of Andy Warhol.

In a previous interview with the Mail & Guardian, Rhode explained his reason for returning to South Africa in 2013 for his first solo exhibition in the country since presenting an installation at the Market Theatre Gallery in 2000: “What has brought me back is not ‘South Africa’ or the people; it’s the work. The concept of this exhibition [Paries Pictus, an exhibition that turned half the gallery wall into an oversized colouring-in book], which I’ve been engaging with for the past year or two, had to be realised in South Africa.”

Recycled Matter takes its name from Rhode’s new experimental film, which was shot in Berlin in collaboration with French performer Jean-Baptiste André. The exhibition is described by the gallery as a journey through a range of wall-drawn and theatrical environments, interacting with props, objects such as suitcases and bicycle frames and sculptural elements that are remnants of his previous artworks. 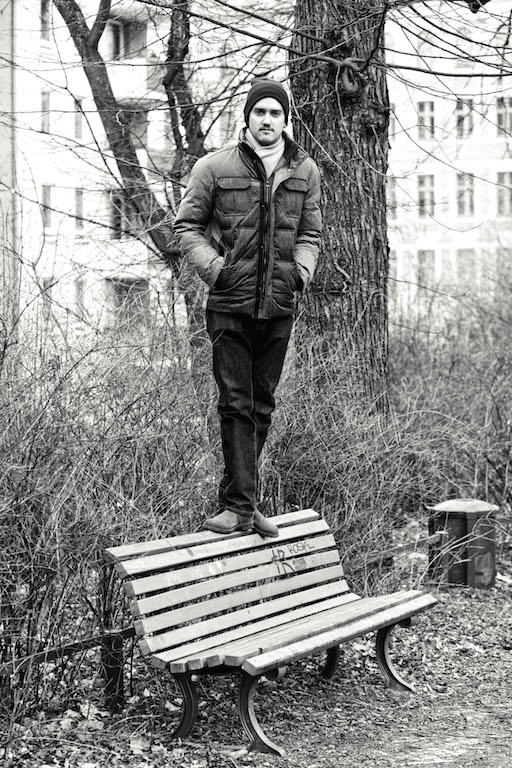 Running us through his new work during a walkabout, Rhode roamed around the dimly lit stage like a cleric, eyes slightly shut and hands gesticulating. Though we often strained our ears, as his voice kept sinking low, we never ceased to be drawn by his theatrics. He’s not just an “interesting converser”, as someone remarked. It doesn’t surprise me that he’s referred to as “the poet of street art”. After all, poetry and drawing, as he says, are foundational to his art. “My work is autobiographical without me being conscious of it,” he says.

But there’s an interesting disavowal of particularity in the anonymity of his characters and their place: the wall. The spatial frame of the white wall, though decontextualised, animates its own possibilities and meanings. “I have always been conscious of the walls that I work on because I want to be as anonymous as I can,” he admits.

Between this unknowability and the varied contexts his subjects invade, there are complex rhetorical and polemical suggestions that often make it a challenge to pin Rhode down.

He uses the word “fleeting” to describe his visual strategy as a way of refusing to be “bogged down” by adjectives and frames. This isn’t only a response to an eagerness to frame him as political, but also the inverse need to depoliticise him.

He argues that the so-called permissive world of contemporary art suffers the fatal biases of modernism in how it seeks to institutionalise one’s work “as only this or that – as only representing a certain theme”. Here, he refers to attempts to describe him as either “the poet of street art” or a “wall-based illustrator”.

For Rhode, these aren’t innocently employed descriptions or simple struggles to decipher the work. They are strategies to box and restrict him to “convenient categories”. At the same time, this is partly because Rhode’s work is a meeting point of different artistic media and techniques such as drawing, performance, photography and video that, in their collective unity, refuse these easy descriptions and categories.

Though he seldom has the time to worry about other people’s views of his work, as he did when he was younger, he insists that he wants to “flip the strategy”. This he says without denying that his work has reached a “canonical point” or what he peculiarly calls “academia” – a kind of aesthetic template that has become a signature.

“Check here, mos; let them write about what they want,” he says in typically South African slang. “You have to flip the art world all the time because you can’t always maintain the same strategy all the time.”

Part of this “flipping” is about expanding the poetic, contextual and aesthetic horizons of the work. “The material is always already politicised. But how do we push the potential of that material beyond its political structure?” he asks.

“Already, it is difficult to establish an aesthetic form. But now that I have established it, I will use it as a platform to push for other forms … I am not under the economic pressure to produce paintings to sell for commercial reasons. It’s quite radical. I am actually challenging the status quo of the commercial gallery,” Rhode says.

Here he is not only referring to Recycled Matter, which he has weaved and extended beyond his usual visual language and iconography. The show features a drummer, similar to the one in Alejandro González Iñárritu’s film Birdman, whose syncopated drumming traces the on-screen Chaplinian acts of André, the performer.

Rhode is also working on a project with South African musician Neo Muyanga, which will be a reinterpretation of Arnold Schoenberg’s 1909 composition Erwartung.

However laudable this expansive move may be, Rhode’s rhetoric, pretty much like many contemporary artists championing “new” modes, seems asleep at the wheel in an art world that has little space for such ambitions.

But this doesn’t negate his creative restlessness. As Recycled Matter shows, Rhode is a player whose work demands attention beyond South Africa.