In rugby, winning isn’t everything 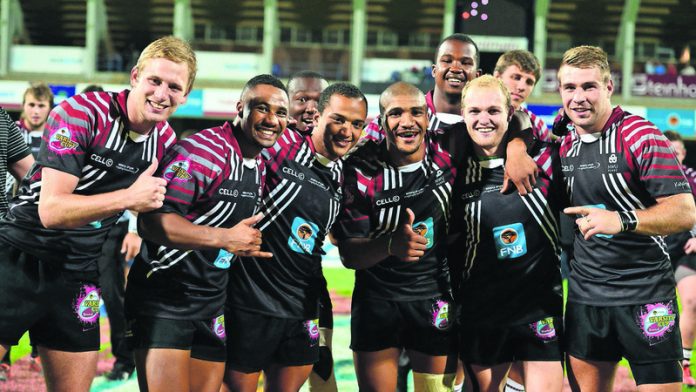 Other sports rely on the results to encourage people to come back for more, but rugby union is different. Rugby supporters may indeed live or die on the success curve of their favourite team, but in the end they talk about the merits of the contest: Was it a good game or a bad game? It is one of the last links to the origins of organised sport, an attitude that celebrates the contest itself above the need for points or prizes.

As it happens, last Saturday there were two games of Super Rugby played in this country that pushed the outer limits of what might be considered good and bad. The first half of the Sharks against the Force in Durban was about as poor as sport can get. A field filled with highly paid professionals apparently unaware that their salaries depend on entertaining spectators and viewers. The final score flattered the Sharks but probably sent a few hundred more folk home vowing never to return.

As the press conference was getting under way at Kings Park, the Bulls were kicking off against the Crusaders in Pretoria. Something about the chemistry of these two sides seems to bring out the best in one another. This was the ninth successive occasion in which the home side won the day and in most of those games spectators were glued to their seats.

It is not that there were no mistakes, nor is it fair to say that the field was covered with matchless talent. For instance, Pierre Spies is a pale shadow of the dynamic presence of five years ago and scrumhalf Rudy Paige is out of his depth at this level.

But the match had a vitality that brooked no argument and moments of visceral delight that remind us about why we watch professional sport in the first place.

Truly woeful displays
A study of the squads assembled by the five South African franchises at the beginning of the season convinced many that the Bulls would head the local challenge. After a stuttering start that included some truly woeful displays, the blue machine looks in rude health again. And that despite the fact that two Springboks, Jan Serfontein and Arno Botha, pulled out an hour before kick-off.

One of the hallmarks of successful teams is their ability to raise the games of fringe players. So instead of centre Burger Odendaal and flank Hanru Liebenberg being found wanting, they played games that Serfontein and Botha would have been proud of.

In the bad old days, Northern Transvaal were able to bolster their playing reserves from those doing their national service in Pretoria. These days the army no longer plays rugby to the level required by the provinces, but fortunately for the Bulls the University of Pretoria does. That is largely owed to one of the great success stories of the game in this country: the Varsity Cup.

On Monday night the semifinals of the Varsity Cup were played in Bloemfontein and Pretoria. There were crowds, razzmatazz, donations to charity and the kind of rugby that shamed the Sharks and the Force.

It is safe to say that 15 years of the Vodacom Cup has never produced a game as compelling as Tukkies vs Pukke at the LC de Villiers Stadium. Some might argue that it is because there are more professional players in the Varsity Cup than there are in the Vodacom Cup, but that would be to miss the point.

Not just the Bulls’ second team
Indeed, Tukkies have been at pains to point out that they are not just the Bulls’ second team. Kobus van der Walt, director of sport at Tukkies, said: “Whenever I read or hear about the Bulls players in the Tuks team I sincerely wish that, from time to time, the media would refer to the Tuks students playing for the Bulls. Most people do not realise how hard students have to work to maintain their studies while playing rugby at provincial level.”

Van der Walt’s view is another connection to the long-lost days of amateurism, when rugby was a release from the demands of studying or earning a living. Two generations ago the game was filled with doctors, dentists, plumbers and electricians and, thanks to the Varsity Cup, it might soon be again, at least in this country.

It is easy to be cynical and point out the number of players in the competition who are studying “sports science”, a euphemistic qualification if ever there was one. But for every Varsity Cup player who wishes to make a living from the game, there are plenty for whom it is the apex of a playing career that is likely to end upon graduation.

One example of the latter is University of Cape Town lock James Kilroe, whose degree is listed as “space studies”. It turns out that this is not some new designation for town planning, but a branch of rocket science. Kilroe has earned a scholarship to Cambridge to further his studies when his degree at UCT is completed later this year. He might never be the next Victor Matfield but he could be something far more important. Hell, he might even be the next Elon Musk.