Labour loses its love of language 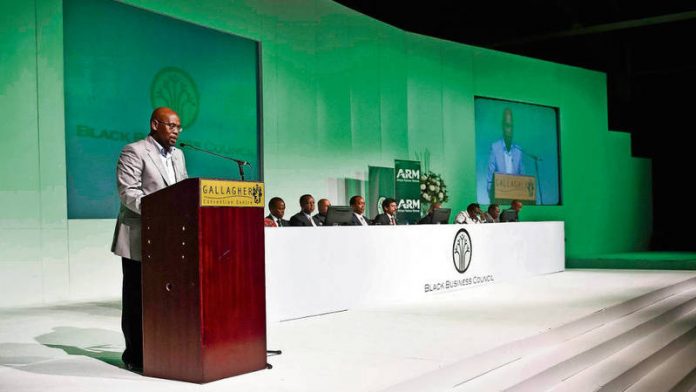 The Pan South African Language Board (PanSALB) has sacked 49 employees – a third of its staff – alleging that they were illegally recruited by the board’s former chief executive.

And the employees’ union, the National Education Health and Allied Workers Union (Nehawu), has taken the mass dismissals to court, charging that the workers were a political football in a battle between the PanSALB board and former arts and culture minister Paul Mashatile.

The saga began in June 2012, when Mashatile dissolved the board and seconded a deputy director general in his department, Mxolisi Zwane, to take over as caretaker head of the organisation.

PanSALB, set up under the Constitution to promote multilingualism and language rights, claims Zwane’s appointment was illegal because the board never endorsed it.

In December last year it nullified the employment contracts of the employees recruited during Zwane’s tenure, saying they were invalid.

It claimed that they “either did not have proper qualifications or experience for the position” or “were related to him, while others have direct or indirect links to him”.

Nehawu insists that the sacked staffers had a full employment relationship with PanSALB. The court case is pending.

‘Worker victimisation’
The union’s media liaison officer, Sizwe Pamla, said: “We are exploring all avenues to reverse what we consider the blatant victimisation of ordinary workers.

“Their employment was legal because proper procedures were not flouted. They cannot be the collateral damage of a dysfunctional system. Workers should not be made to pay for the sins of others.”

Pamla said Nehawu would not try to clarify the relative jurisdictions of the board and the minister. “Our role is to ensure that ordinary workers are not used as a political football in a fight between managers and politicians.”

The outcome of the Nehawu case is understood to hinge on the result of an earlier challenge by 28 PanSALB staffers to Zwane’s appointment and the recruitment of staff during his tenure.

In their court papers, the staffers reportedly blame Zwane’s conduct and procedure in appointing new employees for PanSALB’s financial crisis, saying in a sworn affidavit that he “has made PanSALB an employment bureau and is dispensing patronage using the resources of the [body]. As a result thereof, PanSALB’s finances are depleted and our medical aid and provident fund contributions are not being met and are not paid regularly.”

Zwane stepped down as caretaker chief executive in June last year. Numerous attempts this week to track him down for comment were unsuccessful.

Wages made up 72% of the allocation PanSALB received from Parliament, meaning that it had nothing left “for the execution of its mandate and the payment of contractual obligations such as rent”.

The nullification of the workers’ contract brought savings of R1.8-million a month, Feni said.

PanSALB was “in a state of paralysis and drastic action needed to be taken, as there were cries even from the department and the arts and culture committee of Parliament”.

The board sought legal opinion, which advised that the 49 employment contracts were not legally binding because Zwane was not appointed by the board.

“The board accepted the opinion and resolved to disregard the employment contracts as if they had never existed,” Feni said.

“A notice to this effect was sent to the affected individuals on December?1 2014. We also told them no salaries would be dispensed to them from then on but that as a goodwill gesture they would be paid what would have been their December salaries.”

Questionable appointment
One employee, who did not want to be named, questioned the board’s decision to engage law firm Makhafola & Verster to provide legal opinion, saying it had represented Feni when he was fighting his suspension in 2012.

The employee also said there was evidence that the firm was not on PanSALB’s database as an approved service provider.

Bhekani Khoza, who was in charge of the database until he was fired, said he alone was responsible for PanSALB’s supplier database up to the date of the dismissals. “At that time Makhafola & Verster was not one of the legal firms registered as PanSALB’s suppliers,” he said.

Feni rejected the claims that Makhafola & Verster represented him in a case against PanSALB, saying: “I never had a case number 4605/11 dealing with my suspension that was handled by Makhafola. Your source is out of his depth not to know that suspension cases start with the letter J followed by a number in the Labour Court where they are normally heard.

“In all my matters relating to my suspension, I used an attorney that was not Makhafola.”

Khoza’s allegation that Makhafola & Verster was not on the suppliers’ database at PanSALB was “very incorrect”, Feni said, adding that “at all material times” the dismissed employees had the motive and opportunity to manipulate the database.

‘Humaneness lacking’
At a session on March 3 this year, Parliament’s arts and culture committee questioned the legal advice provided on employees’ contracts, saying the board could have found another way of addressing the overstaffing problem. One committee member observed that there should have been a more humane approach, considering that the employees were people with families.

The chair of the board, Professor Mbulungeni Madiba, countered that with or without legal opinion the board was under pressure to act on PanSALB’s soaring expenses. “I feel the discussion at the portfolio committee was not helpful. Retaining those people would have been tantamount to reckless management. Where were we going to get money for salaries? The new structure was not budgeted for.”

Feni said the fired employees continued to work in key positions despite being requested to vacate the premises on December 1 last year.

“They continued holding vigils in the offices and accessing the work stations they were allocated before their employment contracts were nullified by the board, until I threatened to approach the Labour Court to interdict them,” he said.