The living march, lest we forget 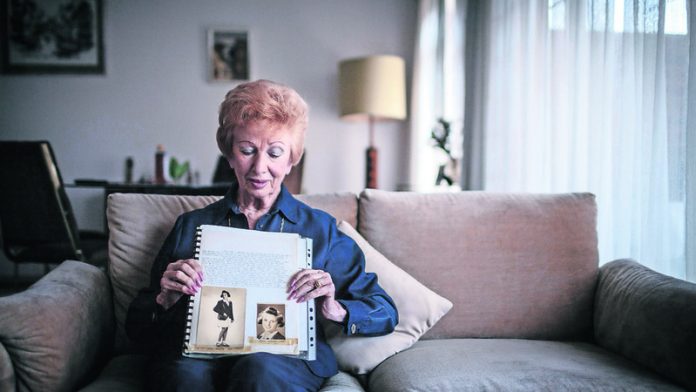 Irene Klass was 10 when she stood on the steps that led out of the burning Warsaw ghetto and said goodbye to her mother. It was 1941 and Klass, an only child, didn’t know whether she would ever see her again.

Klass and her mother were reunited after the ghetto was burnt and together they escaped with the help of an uncle, who had joined the ghetto’s Jewish police, from the Umschlagplatz – the Warsaw square where Jews were assembled before being taken by Nazis to extermination camps. Her father then paid a French woman to house her, saying she was an orphan, and an aunt dressed as a nurse smuggled her out of a transit camp, with flour whitening her face, claiming typhus.

She would find out later that her mother survived, escaping the ghetto by walking neck deep through the city’s sewerage pipes. Her father, though, vanished without a trace.

At 16, Klass left Poland for England with a contingent of teenage orphans. Moving between there and Israel, she eventually married an Israeli pilot and settled in South Africa in the 1950s.

Participants in the March of the Living pass the railway track leading into Birkenau camp. (Janek Skarzynski/AFP)

It took nearly 70 years for Klass to return to her native Poland. Five years ago she participated in the March of the Living, an annual international initiative that began in 1988.

March between Auschwitz and Birkenau
The march extends over two weeks, during which participants visit Israel as well as several Holocaust atrocity sites in Kraköw and Warsaw. Part of the trip includes an actualisation of the notorious death marches between Birkenau and Auschwitz, a 3km path 750 000 prisoners were forced to walk by the Nazis. It is timed to coincide with Holocaust Remembrance Day on April 16.

The 3km walk, which usually extends over a few hours, allows “the living” to walk among the dead – one participant said she found a place “full of human ashes and ghosts”.

Klass found that the ghetto, a walled-in section of Warsaw that had no electricity and had teemed with disease, had been razed to the ground at the end of World War II. The conditions in the ghetto were so dire that more people were dying than could be buried and the dead were covered in newspaper and left lying in the streets.

Lodz, the town where she and her parents had lived until the start of the war, was unrecognisable to her. “I expected to find things I remembered, but I didn’t,” she said. “So many years later, you don’t.”

Paraded as a survivor
As a young woman Klass would shrink from her husband’s tendency to parade her as a survivor, changing the subject or leaving the room when he raised it in company. It was only when her two daughters were teenagers that she began to talk about it and, just a few years ago, she realised the necessity to tell her story to everyone.

“In 10 years, there will be no more living Holocaust survivors,” she told me recently from her retirement village in Modderfontein, Johannesburg.

This year’s march starts on April 12. Some 10 000 people are expected to attend, from all over the world, including a South African contingent of high school pupils and adults. Since its inception, the march has seen more than 200 000 participants. It coincides this year with the 70th anniversary of Auschwitz’s liberation.

Robyn Sassen is a freelance writer based in Johannesburg

Artivism: a powerful tool for reconciliation

Germany’s Nazi hunters in final straight of race against time