To be a runner, you must bounce back 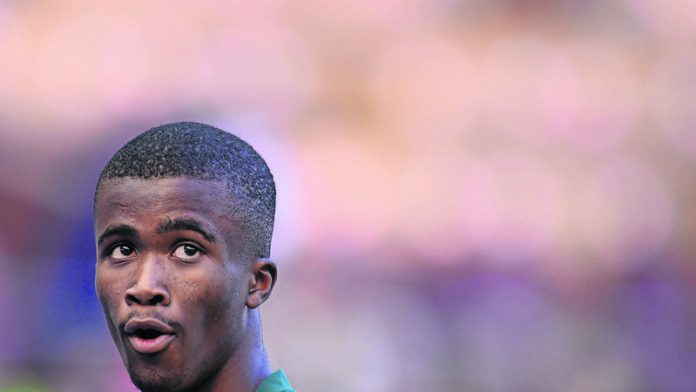 Anaso Jobodwana ran the 200m sprint at the Texas Relays in the United States last weekend. It was a telling moment for the 22-year-old South African from King William’s Town. He hadn’t run this event – his preferred one – since 2013 because of a hernia, which kept him off the track for a good few months. He was also competing against a strong field, including an Olympic semifinalist and a few members of the Japanese national team.

Jobodwana rose to the occasion, finishing first and clocking a time of 19.87 seconds. A tailwind of 4m per second meant that his win didn’t count as the sought after “sub 20”. But for Jobodwana it was enough. “I was just happy to be running again,” he told the Mail & Guardian in a telephone interview.

“It felt good to be able to get into the race, to finish it and to get a feeling of running again. I was excited to run and it felt good. I was happy that I was still healthy when I came off the track. I’m not so worried about the time – it wasn’t legal – but it told me I was still able to run [and it meant] I was getting back to where I was in 2013 and hopefully even better than that.”

Jobodwana was a semifinalist at the 2012 London Olympics 200m event. He also raced to victory in both the 100m and 200m events at the World Student Games in Russia a year later. However, his injury ruled out further action, and a hernia operation last May excluded him from the Commonwealth Games in Glasgow as well as the African Championships in Morocco.

“But after a while I realised I couldn’t be frustrated because injury is part of the game, it’s part of any sport. It’s just about what you do, and how you bounce back from those moments.”

Part of bouncing back for Jobodwana entails qualifying for the International Association of Athletics Federations World Championships, which take place in Beijing, China, from August 22 to 30.

He’s hoping to qualify at the South African Senior Track and Field Championships, which take place in Stellenbosch in mid-April. This will be Jobodwana’s first race on South African soil in five years. He has spent much of the past few years competing on the United States college athletics circuit, first as a scholarship student at Jackson State University in Mississippi and then at the University of South Florida in Tampa.

“I don’t get excited until the day [of an event],” he laughed. “So right now, I’ve ruled out excitement about how it’s going to be. It will be my first time running against most of the South African athletes. A lot of friends from high school have been asking questions and saying they’re going to be there, so that will be nice. I’ve also never been to Cape Town before, so that will also be nice.”

Top-notch sprint coaches
Now a fully-fledged professional, Jobodwana is based at the World Athletics Centre in Phoenix, Arizona, where he is coached by top-notch sprint coaches Stuart McMillan and Andreas Behn, who between them have coached dozens of Olympians, including the 110m men’s hurdles world-record holder Aries Merritt.

McMillan praised Jobodwana’s performance in Texas on the centre’s website: “He is one of the world’s elite sprinters, and the Texas Relays result is just the first of what we predict will be a very successful series of competitions this season.”

Jobodwana’s schedule involves four to five hours of training a day, six days a week. “It’s really nice – they have thought about what an athlete needs to be the best he or she can be,” he said. “There’s constant therapy, and education about track and field. They cover everything that has to do with track and field, on and off – nutrition etcetera. Basically they educate you about track and field so that you are equipped to do the best you can.”

That’s exactly what Jobodwana plans on doing in Stellenbosch. “I want to qualify for the world champs. Time-wise, I don’t know yet. I’m not really focusing on time at the moment. My coaches and I spoke briefly about goals more than anything else and the most important thing is for me to execute everything I’ve learnt here to the best of my ability and use that as a stepping stone for the world championships.”